Skip to content
Become a member and get exclusive access to articles, live sessions and more!
Start Your Free Trial
Home > News > Foreigners Need Not Apply 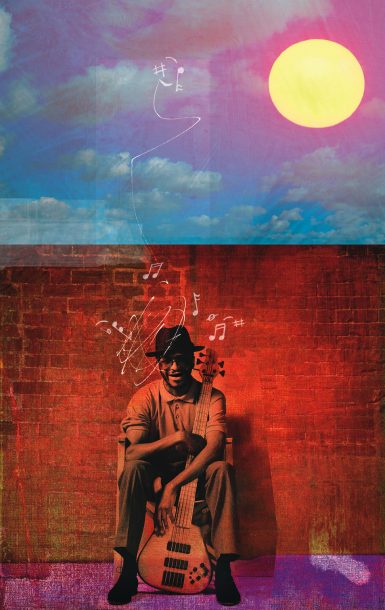 Anyone who’s been through an airport since 9/11 can tell you how all the heightened security measures have made it more difficult, but hopefully safer, to travel by air. Travelers now must get to the airport earlier, stand in line longer and have their belongings searched much more often-but things are a whole lot more complicated for people trying to get into the U.S. to work-even for well-known artists who have been hired to perform in the U.S. (and have done so before) or have been invited to attend awards ceremonies.

For the third year in a row, Cuban musicians nominated for Grammy awards were not present at this year’s ceremony. The artists in question were pianist Chucho Valdes, singer Ibrahim Ferrer of the Buena Vista Social Club, percussionist Amadito Valdes, veteran guitarist Manuel Galban and singer Barbarito Torres. In a statement by an unnamed U.S. official in Cuba, these artists were considered “detrimental to the interest of the United States” under the jurisdiction section of 212f of the Immigration and Nationality Act, which states that the American president can deny U.S. entry to foreigners. In the case of the Cuban musicians, the U.S. doesn’t allow communists or employees of a communist government to enter.

The least-known persons on the stage on Oct. 29 at the Kodak Theatre in Hollywood were a trio of young trumpet players: Jean Gaze from Haiti, Ambrose Akinmusire from Oakland and Michael Rodriguez from New York City. Surrounding them on the program was an instantly recognizable array of glittering music world figures reaching from Al … END_OF_DOCUMENT_TOKEN_TO_BE_REPLACED
To access this content, you must purchase JazzTimes Membership.

There are important jazz musicians who are more talked and read about than actually heard, and one is Albert Ayler. He did not record extensively. He died at 34 in 1970. His music is so radical that it makes Ornette Coleman sound mellifluous. But John Coltrane asked that Ayler play at his funeral, and Don … END_OF_DOCUMENT_TOKEN_TO_BE_REPLACED
To access this content, you must purchase JazzTimes Membership.

There’s something about cities that have distinct musical traditions within them,” says Aaron Levinson, producer of The Harlem Experiment. “It’s not an accident.” With both his Spanish Harlem Orchestra and as producer of Ropeadope’s The Philadelphia Experiment (2001) and The Detroit Experiment (2003), Levinson has spent almost a decade exploring these distinct traditions, bringing together … END_OF_DOCUMENT_TOKEN_TO_BE_REPLACED
To access this content, you must purchase JazzTimes Membership.
Marchel Ivery, a tenor saxophonist based in the Dallas area, died in his hometown on October 30th after a short illness. He was 69. Although Ivery never reached the level of fame enjoyed by some of the Lone Star State’s other tenors, such as Illinois Jacquet, Arnett Cobb and David “Fathead” Newman, he was well … END_OF_DOCUMENT_TOKEN_TO_BE_REPLACED
To access this content, you must purchase JazzTimes Membership.