Skip to content
Become a member and get exclusive access to articles, live sessions and more!
Start Your Free Trial
Home > News > Elvis Costello: From Elvis in Ireland 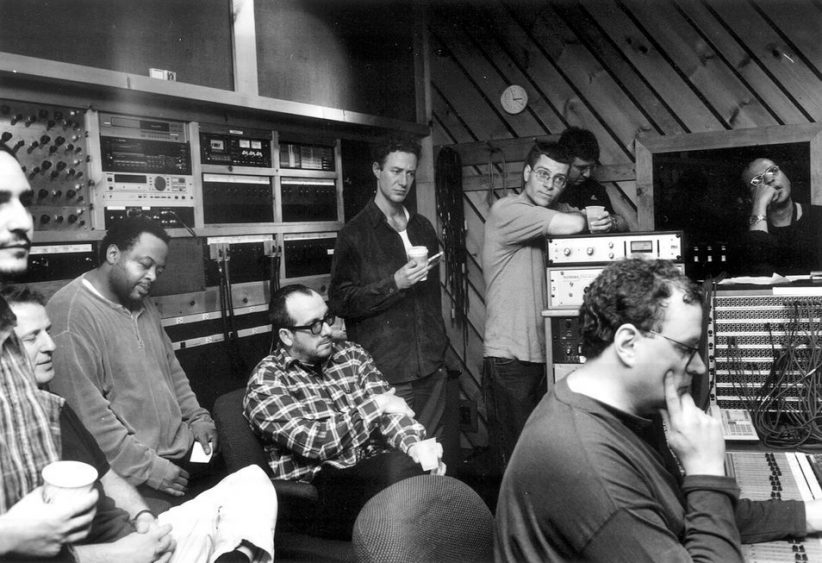 Elvis Costello in the studio with the Mingus Big Band 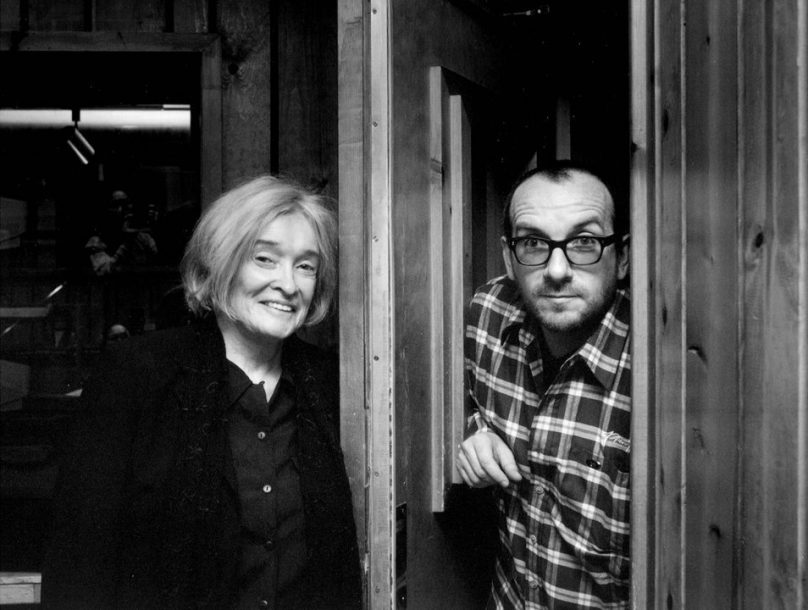 Elvis Costello grew up in a house filled with jazz. The pop-songwriting master’s father, Ross MacManus, was a professional singer-trumpeter, usually working with the dance band Joe Loss Orchestra, and Costello’s mum, Lillian, managed the record department of a store and often took her son to jazz and classical concerts.

Even when Costello was tearing it up like an angry young man in the late ’70s and early ’80s, his hard-driving songs featured elements of sophisticated writing inspired by his love of jazz and its composers. As early as 1979 he covered the standard “My Funny Valentine” for the B-side of a single.

Costello brought in Chet Baker to record a trumpet solo on “Shipbuilding” for the 1983 album Punch the Clock, and he has since collaborated with many jazz people on his own albums, including the Dirty Dozen Brass Band on 1989’s Spike and Bill Frisell on 1995’s live Deep Dead Blue.

He’s also been a regular traveler with the Jazz Passengers, whose members return the favor on Costello’s great new CD, When I Was Cruel, which features vibist Bill Ware and horn arrangements played by trombonists Frank Lacy (who also plays trumpet) and Curtis Fowlkes and saxophonists Roy Nathanson and Jay Rodriguez. Despite the presence of all these jazz guys, When I Was Cruel is a raw, rhythm-heavy record featuring some of Costello’s catchiest rock tunes in years.

Costello has long been fascinated with the music of Charles Mingus. He participated on Hal Willner’s 1992 CD Weird Nightmare: Meditations on Mingus, and it was during that session that he met Sue Mingus, whose new book, Tonight at Noon: A Love Story, chronicles her life with the bassist-composer. Costello has sang with the Mingus Big Band for several live performances, penning lyrics to Mingus’ instrumental compositions, as he does with “Invisible Lady” on the Mingus Big Band’s marvelous new Tonight at Noon CD.

Here’s an excerpt from a long interview about jazz, Mingus, Baker and Costello’s new CD that can be read in its entirety on www.jazztimes.com.

We were in Astoria, in a recording studio housed in the same place as they made the Marx Brothers movies. And the studio was decorated with the contraptions and instruments made by Harry Partch. It was the first time they had been used to play anything other than Partch’s compositions. Cloud Chamber Bowls, the Harmonic Canon and all these imaginary-I don’t know what they were all called; they were incredible. And they were all set up to play the 42-tone scales that he heard, so whatever you did with them it was like discovering new colors or something. They were great for coloring the music, and it was my first time I had met Bill Frisell. Henry Threadgill was on that session. It was a terrific lineup. Marc Ribot was on that session. And in the midst of this we’re doing this interpretation of “Weird Nightmare,” which is based on a percussion foundation, using the Partch instruments and totally confusing tonality-it was in the vague sense of D minor. And Sue [Mingus] is visiting the studio at this point to hear this, and I’m starting to think, “Is she going to think this is kind of a travesty of this composition?” Because you can’t hardly hear any of the original harmony until we hit the kind of B section and then Frisell came and rescued everybody. It was very free. We did one take, which I thought was pretty good; despite the strangeness of it all, I really enjoyed it. And there was a, “Well, maybe we should do another one.” And I just heard this voice say, “Just fucking leave it alone,” and it was [Sue]. And she just loved it. And I thought, “Well, if she is the person who is here representing the aesthetic of Charles Mingus, then I like this woman very much.”

I had got it in my head that we wanted trumpet, and I didn’t know any trumpet player in England that I thought would necessarily be right to do it-except maybe my father. There was definitely a sense that the sound I wanted was a particular plaintiveness that-I was completely obsessed with the ‘Round About Midnight record by Miles; more than Kind of Blue or some more famous record. I actually had a conversation with Wynton [Marsalis] about doing it-this was kind of like when he had just made one record. We had one conversation on the phone, and I think he was totally bewildered some guy from England calls him to come play on a record, and he couldn’t do it. It wasn’t until later that I realized that, “Hey, that’s that guy I spoke to on the phone, that Wynton; that famous Wynton guy’s this guy I talked to about doing the record.” So, Wynton’s not going to do it; guess Miles isn’t going to do it-who knew how to ask him? And there wasn’t anybody in England I trust, and I open the Melody Maker and Chet Baker is playing the next day. And he’s only my favorite trumpet player-as far as I can tell, alive-that I can actually get to speak to, or so I thought. Maybe if I go down there and ask if he’ll play, all he can say is, “No.” I go down to the club; everybody’s talking right through everything. He’s playing so beautifully. He isn’t playing standards. He actually has a band that knows his material, which is very rare for him. He was mostly playing “I’ll Remember You” over and over again, but [that night] he was playing these really beautiful modern compositions. And at the interval he just walked off the stand, and he went up to the bar and bought a drink and nobody bothered him-[the audience] just kept on eating and talking and yakking. I went up to him and introduced myself-he had no idea; he had never heard of me. I said, “I’m a musician. Is there any way in the world you would consider coming and playing on a session.” He said, “Well, yeah, I’ll do it for scale.” I said, “How about we give you double scale?”

The least-known persons on the stage on Oct. 29 at the Kodak Theatre in Hollywood were a trio of young trumpet players: Jean Gaze from … END_OF_DOCUMENT_TOKEN_TO_BE_REPLACED

There are important jazz musicians who are more talked and read about than actually heard, and one is Albert Ayler. He did not record extensively. … END_OF_DOCUMENT_TOKEN_TO_BE_REPLACED

Marchel Ivery, a tenor saxophonist based in the Dallas area, died in his hometown on October 30th after a short illness. He was 69. Although … END_OF_DOCUMENT_TOKEN_TO_BE_REPLACED

There’s something about cities that have distinct musical traditions within them,” says Aaron Levinson, producer of The Harlem Experiment. “It’s not an accident.” With both … END_OF_DOCUMENT_TOKEN_TO_BE_REPLACED