Skip to content
Become a member and get exclusive access to articles, live sessions and more!
Start Your Free Trial
Home > News > Do Your Own Thing: The Dune Label 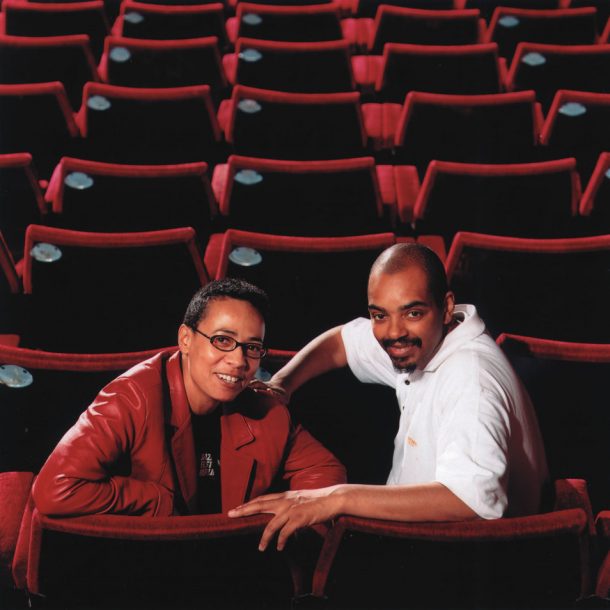 One of the most poignant moments in Spike Lee’s seminal flick Do the Right Thing involves Mookie, the knuckleheaded but loveable lead character sitting across the table from the equally knuckleheaded but racist Pino. Both work at Bed-Stuy’s popular Sal’s Famous Pizzeria, but Pino has slightly more clout, because his father owns the joint. Frustrated by the absence of black stars on the restaurant’s dingy “Wall of Fame” of all-white celebrities, Mookie inquires why. Without bucking down to any PC rhetoric, Pino quips, “If you want to see blacks on the wall, build your own wall.”

The line came off caustic but nevertheless spoke the bitter truth about black America’s need for economic self-empowerment. Across the Atlantic, that famous scene resonated strongly with bassist and composer Gary Crosby, a black Brit, feeling disenfranchised from the U.K.’s jazz world. “That [scene in the movie] had a big effect on me,” he recalls. “Just build your own wall, and you can invite whomever you want-it’s simple as that.”

But instead of instigating a riot like Mookie subsequently did, Crosby, with his longtime partner Janine Irons, did something far more constructive. They built their own proverbial wall in the form of Dune, a record label that enabled Crosby as well as other superb yet shamefully neglected black British jazz artists recording opportunities. What started seven years ago as basically a desire to make decent-sounding demos to drum up performance opportunities has transformed into one of the U.K.’s guiding lights for edgy modern jazz.

So, what’s the secret of Dune’s success?

“I would attribute it to their sense of purpose, a belief in their musicians and a set of music-focused values that bypass the usual trivial aspects of the record industry,” says Stephen Graham, editor of JazzWise.

“Our basic philosophy is to provide a sympathetic home for young jazz artists developing in the U.K.,” Irons says, “particularly the young black artists, and to really take on that traditional A&R role that the labels used to in terms of long-term career development.”

Indeed, each Dune CD is carefully nurtured, from the exemplary production to the stylish artwork. The label draws its superb roster of talent from the Tomorrow’s Warriors, another brainchild of Crosby’s. Established in 1992, he banded together a crew of young, hungry, mostly black British jazz players with considerable chops and enormous potential but hardly any opportunities to perform or record within their homeland. They weren’t too dissimilar to the Jazz Warriors, spearheaded by saxophonist Courtney Pine in 1985.

The Jazz Warriors were greatly responsible for shedding light on the U.K.’s burgeoning jazz scene in the 1980s, particularly with the release of their prophetic Out of Many, One People, which signaled the arrival of a plethora of major-league, black British jazz players. But as prime players such as Pine and saxophonist Steve Williamson began signing major-label deals, the Warriors’ fundamental ideas of collective support couldn’t keep pace with individualized hopes of stardom, and they eventually disbanded.

Determined not to let history repeat itself with Tomorrow’s Warriors, Crosby and Irons implemented the necessary tools such as artistic and business management to sustain such a sprawling league of artists. “I suppose that’s where I come into it, because I’m not concerned with putting myself onstage,” Irons says. “I’m concerned about making sure that the others can get out there. Although Gary’s an artist and has a career of his own [including leading the Jazz Jamaica All Stars], he has in a very big way suppressed his goals of becoming a major star in favor of helping those youngsters. He’s totally dedicated to that.”

Tomorrow’s Warriors hold weekly jam sessions at London’s Jazz Café that attracts many young guns, mostly by word of mouth. “That person has to show not just a dedication to the music, but dedication to our philosophy,” Crosby says of becoming a member of the collective. “He has to want to give back not just to the music but to the community, because we’re trying to develop young black musicians. But we’re not exclusively a black company.”

“That’s important to us,” Irons says of Tomorrow’s Warriors’ multiracial makeup. “Because history could be easily rewritten and not particularly in our favor. The whole story about the Jazz Warriors was that ‘it’s just a black thing,’ which wasn’t true. We want to make sure that people understand that we’re very much multicultural,” Irons says.

“With the Tomorrow’s Warriors and Dune, we’ve been able to help their careers within the jazz circuit,” Crosby says. “It’s not going to solve everybody’s problems, but it’s a start, so that the next generation doesn’t have to go from square one to working themselves up to the top of the ladder only to be told they’re not allowed anyway.”

The least-known persons on the stage on Oct. 29 at the Kodak Theatre in Hollywood were a trio of young trumpet players: Jean Gaze from … END_OF_DOCUMENT_TOKEN_TO_BE_REPLACED

There are important jazz musicians who are more talked and read about than actually heard, and one is Albert Ayler. He did not record extensively. … END_OF_DOCUMENT_TOKEN_TO_BE_REPLACED

There’s something about cities that have distinct musical traditions within them,” says Aaron Levinson, producer of The Harlem Experiment. “It’s not an accident.” With both … END_OF_DOCUMENT_TOKEN_TO_BE_REPLACED

Marchel Ivery, a tenor saxophonist based in the Dallas area, died in his hometown on October 30th after a short illness. He was 69. Although … END_OF_DOCUMENT_TOKEN_TO_BE_REPLACED