Skip to content
Become a member and get exclusive access to articles, live sessions and more!
Start Your Free Trial
Home > News > Dave Koz: Acting Out 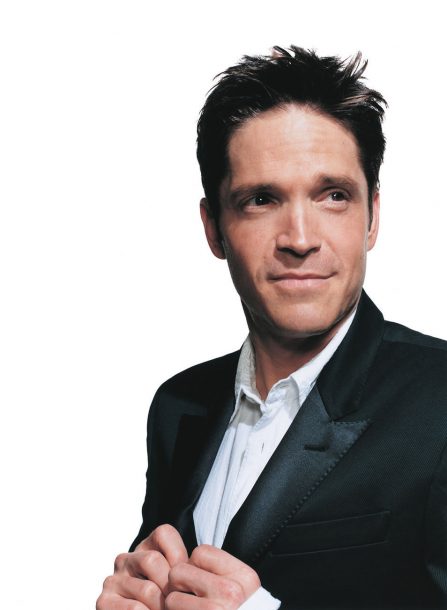 When you pick up your basic smooth-jazz CD, you don’t expect to find it broken into “acts.” That just seems so…advanced.

So Dave Koz’s Saxophonic (Capitol), a 12-song CD broken into Act 1, Act 2 and Act 3, is a bit of a head scratcher. “It was the strangest thing,” agrees Koz. “After I finished the songs and started to put them in sequence, I noticed that they-both in titles and in moods-really went well together in groups of four. I didn’t set out to do a CD in three acts, but when it was all said and done, it made sense. The acts are like the development of a relationship, with Act 1 being like that discovery phase, very innocent and happy. Act 2 is on a deeper level, where things start to be revealed and Act 3 is a different kind of love altogether-it takes on a more spiritual bent. Now, you certainly can listen to this CD all the way through and pay no attention to the acts, but if you want to delve a little deeper, it’s there.”

Longtime fans will note that, in addition to the “acts,” Koz mixes things up with electronica and other musical experiments: i.e., “Only Tomorrow Knows” begins with whistling and leads into synthesized vocals, à la Cher, and “Sound of the Underground” samples Lee Morgan’s “The Sidewinder.” Being a radio DJ keeps Koz current with new musical styles (and being one of the CEOs of Rendezvous Entertainment he needs to keep up). He’s been behind the microphone on the syndicated The Dave Koz Radio Show for eight years and recently signed up for another seven. It’s heard on more than 125 stations worldwide. He also has a daily morning show on KTWV, the Wave, in Los Angeles.

“I enjoy mixing it up,” says Koz. “On every record I do try to go into some new musical terrain on at least part of it-it keeps me young. On this CD I really made an effort to get out of the way and let the sax just go-letting the instrument lead. I’m happy where it took me.”

The least-known persons on the stage on Oct. 29 at the Kodak Theatre in Hollywood were a trio of young trumpet players: Jean Gaze from … END_OF_DOCUMENT_TOKEN_TO_BE_REPLACED

There are important jazz musicians who are more talked and read about than actually heard, and one is Albert Ayler. He did not record extensively. … END_OF_DOCUMENT_TOKEN_TO_BE_REPLACED

There’s something about cities that have distinct musical traditions within them,” says Aaron Levinson, producer of The Harlem Experiment. “It’s not an accident.” With both … END_OF_DOCUMENT_TOKEN_TO_BE_REPLACED

Marchel Ivery, a tenor saxophonist based in the Dallas area, died in his hometown on October 30th after a short illness. He was 69. Although … END_OF_DOCUMENT_TOKEN_TO_BE_REPLACED