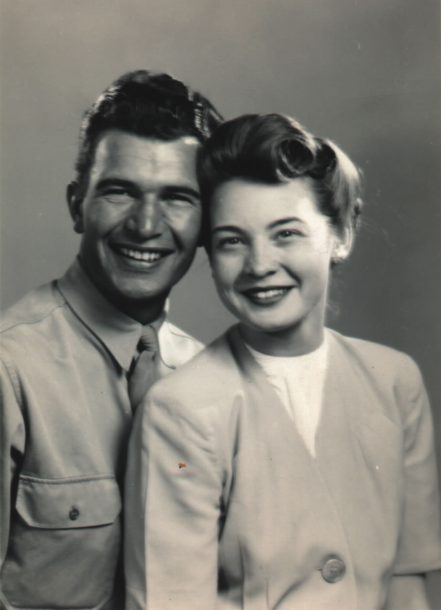 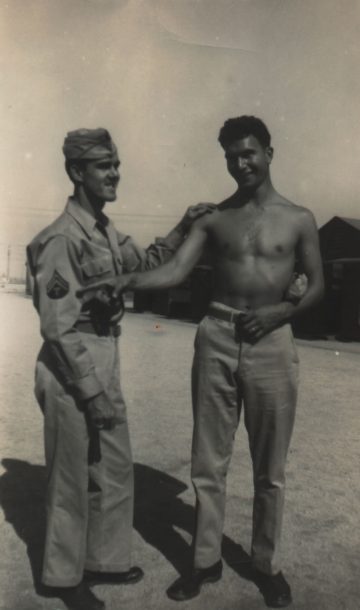 Attention X-Files devotees: there are bona fide time machines out there. Thanks to Columbia/Legacy in general, and Dave Brubeck in particular, they are now available and for sale. They come neatly wrapped in blue boxes and bear paranormal titles such as Time Out, Time Further Out, Countdown: Time in Outer Space, Time Changes and Time In.

Apparently Telarc has already made use of one of those time machines. It has contributed a limited-edition CD solo recording by Brubeck called Private Brubeck Remembers in which he honors the 60th anniversary of D-Day by playing “an autobiography of my war years.” Telarc has also included another CD in that collection devoted to a long interview between Brubeck and Walter Cronkite.

The ambitious undertaking For All Time is a five-CD box set that honors Brubeck’s 50th anniversary of signing with Columbia Records, which actually took place in 1953-but who’s counting? As it turned out, a whole generation of juke-joint Americans were probably counting out loud when Columbia took Paul Desmond’s “Take Five” from the Time Out LP and released it as a single with “Blue Rondo a la Turk” on the flip side. There must have been millions of dancers trying to figure out “one of the most defiant time signatures in all music,” to quote the 1959 liner notes by Steve Race, and why their left feet were invariably up in the air when the music ended.

Desmond was once quoted as saying “Take Five” “was never supposed to be a hit. It was supposed to be a Joe Morello drum solo.” Brubeck confirmed that statement by phone from his Connecticut home, and then explained why that famous 3 + 2 vamp became so persistent. “Joe asked me to maintain that vamp throughout his solo so we’d all know when his solo ended.” But after a while, that trademark “crutch” no longer became necessary. “Gradually we got freer and freer and didn’t need the vamp.” He, Desmond and bassist Eugene Wright could feel “one” through any rhythmic complexities Morello created.

Time-particularly alternatives to 4/4-is what it’s all about when it comes to Dave Brubeck. It’s been kind to him and he’s been its most eloquent ambassador. So it was appropriate that Brubeck was the first jazz musician to grace the cover of Time. That was in November 1954, eight years before his quartet recorded Countdown, which contains this gem in Brubeck’s liner notes: “From the beginning, jazz has felt constrained in 4, and the overleaping of bar lines and the pushing at metric barriers has been as persistent as the struggle to extend harmonic conception beyond the 1,4,5 progression.”

What has made Brubeck the ideal force to push the envelope, rhythmically and harmonically, is his ability to function alternatively. I tell Brubeck that when I try to play three against four it feels like I’m angle-parked in a parallel universe. “I don’t think about three or four,” Brubeck says. “I just play; it’s automatic.” Asked if that could be dangerous, he says, “It could be if you got lost or hung up, but it’s such a rare thing when I don’t come out where I’m supposed to.”

While the first two albums of the box set have never been out of print in Columbia’s catalog, the last three albums are way-overdue premieres: Countdown, Time Changes and Time In are being officially issued on CD for the first time in the U.S.A. All five albums have been digitally remastered and each contains the original as well as updated liner notes, and in some instances bonus tracks.

Brubeck’s other new release puts us back in the time machine and makes us realize that the pianist’s fascinating odyssey may never have unfolded the way it did had it not been for a Colonel Brown, whose musical tastes were matched by his instinct for recognizing a morale booster during the latter days of the Allied invasion of Germany. Exactly what Private Brubeck remembers is captured in a 52-minute conversation with America’s “most trusted figure,” who began his career as a correspondent covering the same theater of war that Private Brubeck was playing his way through. Cronkite is just four years older than Brubeck, and together they bring 171 years to the tete-a-tete. And therein lies the strength and the charm of the look backward. Neither man ever fired a shot, yet each found himself in the middle of extreme danger-from friendly fire as well as enemy fire.

During the Cronkite chat Brubeck recounts one incident that happened just before the Battle of the Bulge, when he and the band were trying to find their way in an unlighted road in the woods and ran into a roadblock of American troops. “An MP ran up to us and said, ‘Who are you and what are you doing here?’ I said, ‘We’re American soldiers, this is a band and we’re trying get behind our own lines.’ He said, ‘All my friends were here not long ago, right at this spot, killed by Germans in American uniforms. I don’t know whether to believe you or not. I got the same kind of answers from them.’ It was a scary night.”

Of course the reminiscences are not all as grim. There are many light moments, the first being Cronkite’s initial question: “You were born, weren’t you?” Maybe such bluntness should not come as a surprise from a network anchorman who, for 20 years, immortalized the exit line, “And that’s the way it is.” Well, the way it was with Brubeck, he was in France, near Verdun, as part of the 17th Replacement Depot, waiting to go to “the front,” when a large Red Cross truck pulled up, hauling a piano. They turned the back of the truck into an improvised stage, someone said, “Is there a piano player here?” Brubeck responded immediately and so did the GIs sitting in the mud waiting for an uncertain future. When Colonel Brown saw the impact Brubeck made on the troops, he issued the order that kept Brubeck behind the lines and in front of his own band, known affectionately as the Wolf Pack (but named perversely for the German submarine fleet), which was basically a jazz orchestra that varied from 10 to 18 pieces.

Eventually Colonel Brown became General Brown, and he converted PFC Brubeck to O-2-O Brubeck. (Translation: bandleader.) Brubeck was so untouchable that even when he and his Wolf Packers stayed too long at the fair after the war ended, backing the Radio City Music Hall’s Rockettes who came to entertain the then-occupying American troops, Brubeck managed to wiggle out of a charge of being AWOL. Seems the 17th Repo Depot was the pride and joy of Gen. George Patton.

Those are just a few of the anecdotes in the interview CD. Underscoring the mood and nostalgia of that glance backward is some of the most introspective solo playing Brubeck has ever recorded. The titles (World War II vintage) don’t tell the entire story; what we have here is a paragon of gentility who was thrust into a brutal, unfamiliar role over six decades ago, recalling highlights verbally and musically “in [his] own sweet way.”

The least-known persons on the stage on Oct. 29 at the Kodak Theatre in Hollywood were a trio of young trumpet players: Jean Gaze from … END_OF_DOCUMENT_TOKEN_TO_BE_REPLACED

There are important jazz musicians who are more talked and read about than actually heard, and one is Albert Ayler. He did not record extensively. … END_OF_DOCUMENT_TOKEN_TO_BE_REPLACED

There’s something about cities that have distinct musical traditions within them,” says Aaron Levinson, producer of The Harlem Experiment. “It’s not an accident.” With both … END_OF_DOCUMENT_TOKEN_TO_BE_REPLACED

Marchel Ivery, a tenor saxophonist based in the Dallas area, died in his hometown on October 30th after a short illness. He was 69. Although … END_OF_DOCUMENT_TOKEN_TO_BE_REPLACED