Skip to content
Become a member and get exclusive access to articles, live sessions and more!
Start Your Free Trial
Home > News > Charlie Parker’s Bird Up: Thriving on a Remix 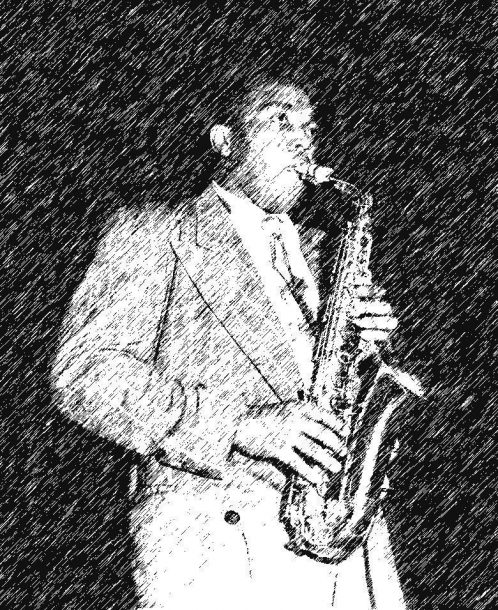 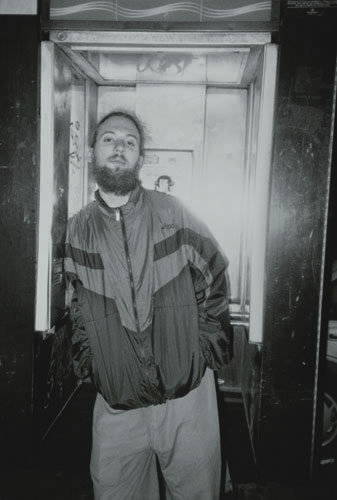 Bird was like a hip-hop head,” says Matthew Backer, explaining why he believes the Charlie Parker remix album Bird Up (Savoy) that he masterminded continues Parker’s legacy. “Bird was someone who took what was there before him and completely reinvented it to a point where it still had the essence of what it was originally-it’s not like he took it and pillaged it-but he was unwilling to accept things as they were before he came to the table.” For Bird Up, Backer recruited audacious producers, including the RZA from the Wu-Tang Clan, Dan the Automator, Hal Willner, Me’Shell NdegéOcello and Serj Tankian of System of a Down, to take the same approach to classic Parker sides, pushing now-familiar bebop soundscapes into new places that are sometimes strange, occasionally brilliant and always invigorating.

Parker’s music had been in Backer’s ears since childhood, and after he completed a spur-of-the-moment remix of “Barbados,” Backer immediately knew that he should get a “Justice League of America-type” group of producers to join him in the endeavor. When he approached his dream team, “no one had the slightest bit of hesitation,” Backer says. “All of the heads involved were revolutionary spirits in one way or another, and they all held Bird in the highest esteem and saw him as someone they had to thank. It was something where people came and joined Bird in a dance in their own way.”

That dance, though it may occur on a different plane, reprises some of Parker’s moves. The tools available to artists bent on deconstruction are more powerful now than they were in Parker’s day, but much of the greatest bebop was nevertheless powered by deconstruction, as standards were reimagined with strange rhythms or distorted melodic lines in the service of a new beauty. “With Bird it was his horn and his heart and soul,” says Backer. “With these cats [on Bird Up] it may be their computer and their sampler and their mind’s eye seeing things in a cinematic way that’s futuristic.”

Backer, himself a producer of some note with the Alien Among, even likens the process of producing a track to improvisation: “It may not be as quick or as immediately spontaneous as being on the bandstand and playing a solo, but if you know the kind of medium that our generation operates in, then you know that even if it takes you 24 hours to build a track, like one of these songs-and they’re not all strictly electronic tracks; there are a lot of live instruments, live voices-the evolution of it from one note to the next is very similar to a solo, in that you can’t lose that train of thought. And part of the beauty of this album is that you really feel the spontaneity of each piece from beginning to end.”

Certainly, the producers on Bird Up did not rein in their impulses. As Backer says, “It’s tough to even call it a remix album. It’s like a dream of Bird that these cats are having in their own surrealistic, very personal, very intimate world.” The only rule Backer laid down was that everyone had to use one note of Parker’s horn; Savoy was open to anything the artists came up with.

Some of the tracks do stay close to the Parker originals, like DJ Rob Swift’s visceral scratch-along to “Cheers (X-ecutioners Style)” or the Automator’s sinewy dance remake of “Perhaps (Someday the Roof Will Get Fixed),” but Backer especially likes those tracks “that feel most like you’re just being carried through the sky on some wild adventure ride.”

One of Backer’s favorite adventures is Willner’s “Salt Peanuts (The Mr. Peanuts Chronicles),” in which the Kronos Quartet, Dr. John and Mocean Worker playfully run that familiar theme through new styles. On “Bird of Paradise (Gone),” by Tankian, the producer’s growling, desperate lyrics transform snatches of the original track into something suddenly anxious. The spacey bubblings of producer/ominous whisperer Donk’s “A Night in Tunisia (Downpour)” are enhanced by the deep drumming of Kodo and the eerie siren singing of the Coconut Tree.

But the track Backer seems to like best is “Constellation (Heavenly Bodies)” by hip-hopper El-P, who uses a slowed-down piano lick and a single note from Parker’s sax that sounds throughout the haunting piece, complemented by Stephanie Vézina’s ethereal vocals. El-P writes in an e-mail that the remixing process taught him “that a literal remake of a Charlie Parker tune couldn’t quite do the man justice,” and Backer’s happy with the outcome: “I thought that was a beautiful statement, that Bird can fill a room or fill the universe with one note. And it didn’t even have to be mimicked exactly; as long as it’s there and you can feel its presence, it speaks verses.”

Obviously, Bird Up will appeal in part to people who know more about the producers than they do about Bird, and Backer does hope that these tracks can show clubgoers who hear them “that there’s more than the sweat-drenched dance floor, that there’s a deeper experience that they’ve been lusting for that’s now theirs for the taking.” But Backer is adamant that Bird Up was made not out of commercial motives but out of an undying respect for Parker and a desire to follow, even if in a lesser way, in his path-breaking footsteps: “He’s completely timeless, and he remains futuristic, and he remains unparalleled in the musical universe. He can shine in any setting; no terrain is unfamiliar to him. He’s just someone who cannot be denied.

“You can take 60 years and it all sinks in and everyone’s very comfortable with it and it’s all about preserving tradition. But it’s not about that. That’s not what’s gonna keep jazz alive. That’s not what’s gonna keep heads that lust for something more alive. You’ve got to feed them, you’ve got to feed them something that they crave. That’s the kind of cat that Bird was, and that’s the kind of heads that we are.”

The least-known persons on the stage on Oct. 29 at the Kodak Theatre in Hollywood were a trio of young trumpet players: Jean Gaze from … END_OF_DOCUMENT_TOKEN_TO_BE_REPLACED

There are important jazz musicians who are more talked and read about than actually heard, and one is Albert Ayler. He did not record extensively. … END_OF_DOCUMENT_TOKEN_TO_BE_REPLACED

There’s something about cities that have distinct musical traditions within them,” says Aaron Levinson, producer of The Harlem Experiment. “It’s not an accident.” With both … END_OF_DOCUMENT_TOKEN_TO_BE_REPLACED

Marchel Ivery, a tenor saxophonist based in the Dallas area, died in his hometown on October 30th after a short illness. He was 69. Although … END_OF_DOCUMENT_TOKEN_TO_BE_REPLACED