Skip to content
Become a member and get exclusive access to articles, live sessions and more!
Start Your Free Trial
Home > News > Bix Beiderbecke: A Cure for the “Davenport Blues”? 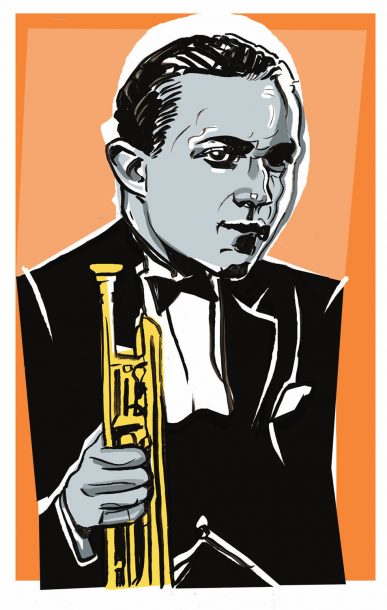 It was 75 years ago this summer that Bix Beiderbecke, the bright-burning cornetist who created some of the greatest jazz records of the 1920s, blew his last chimelike notes and passed into legend at age 28. Though it has been discussed for decades, plans are finally taking shape in Beiderbecke’s hometown to establish a museum and archive devoted to Davenport, Iowa’s most famous son. The nonprofit organization that runs the jazz festival in his name, the Bix Beiderbecke Memorial Society (bixsociety.org), is behind the effort and hopes to announce the museum site at the 35th annual Bix festival, which takes place July 27-30.

“The idea is to ultimately establish something that’s on the order of the Louis Armstrong House and Archives in Queens,” says trumpeter Randy Sandke, an advisor to the project. “Even if somebody didn’t know anything about Bix they could come in and learn. For scholars who want to study him it would be a repository with everything related to him in one place.”

A group of prominent jazz historians and archivists will be on hand during the festival to help plan the facility and its operations. The group includes producer George Avakian, author Frank Driggs, photographer Duncan Schiedt and Beiderbecke biographer Richard Sudhalter. Jazz museum/archive directors Michael Cogswell, Deborah Gillespie, Dan Morgenstern and Bruce Boyd Raeburn are also expected to attend. These experts will present seminars on a variety of subjects as part of the festival as well.

A number of sites have been considered, but the society is in discussions with officials from Davenport’s Putnam Museum about the possibility of establishing the Beiderbecke center within one of their buildings. The Putnam owns several significant pieces of Beiderbecke memorabilia, including his Bach cornet and the family piano on which he received early instruction and composed parts of piano compositions such as “Candlelight.” The museum also has a state-of-the-art archival facility, a resource that is essential to the society’s concept.

In addition to Sandke, who has promoted the project heavily outside Davenport, much of the momentum has come from a Beiderbecke relative, cousin Howard Braren, a professional fundraiser now acting as a volunteer consultant to the society as it begins the process of raising capital and endowment funds to establish the museum and cover operating costs.

Leon Bix Beiderbecke was born in Davenport in 1903 and began playing local jobs while in his teens. He dropped out of high school to play jazz in the speakeasies of Chicago and toured the country with the bands of Jean Goldkette and Paul Whiteman. At the height of his fame he returned home for several extended visits and worked with local musicians in and around Davenport. Beiderbecke’s childhood home and many buildings that he knew and performed in still survive, and he is buried in a local cemetery. Another project in the works is a self-guided tour of these sites.

The society, in its efforts to introduce new generations to Beiderbecke and traditional jazz, organizes a Bix Beiderbecke Youth Jazz Band each year made up of local students. Many of the musicians participating in this year’s festival will conduct workshops with these and other young area musicians.

But is Beiderbecke, who died in 1931, still relevant to jazz students?

“He was a supreme melodic player-where every note counted-and a very emotional player,” Sandke says. “If you can absorb what Bix was doing and apply it to your own style, you’ll be a much, much better player-a more economical and more emotionally charged player. Every time I listen to him I’m just amazed at what he was able to create.”

The least-known persons on the stage on Oct. 29 at the Kodak Theatre in Hollywood were a trio of young trumpet players: Jean Gaze from … END_OF_DOCUMENT_TOKEN_TO_BE_REPLACED

There are important jazz musicians who are more talked and read about than actually heard, and one is Albert Ayler. He did not record extensively. … END_OF_DOCUMENT_TOKEN_TO_BE_REPLACED

Marchel Ivery, a tenor saxophonist based in the Dallas area, died in his hometown on October 30th after a short illness. He was 69. Although … END_OF_DOCUMENT_TOKEN_TO_BE_REPLACED