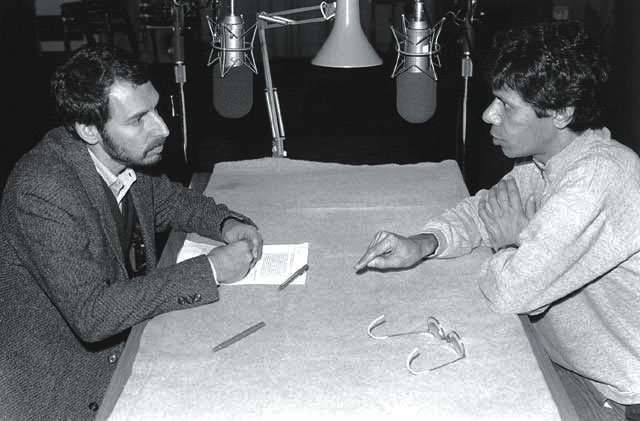 Avoiding academic blathering and worshipful reverence, NPR’s Ben Sidran was a deft and effective interviewer. On his program Sidran on Record-which aired from the summer of 1984 to the spring of 1990-he redefined the art of talking shop with jazz musicians.

Sidran, who is also a successful jazz/rock pianist, composer and producer, answered the following queries via e-mail. The set is available at talkingjazz.com.

JazzTimes: Who were your favorite subjects and why?

Naturally I have some great memories of the afternoons spent sitting around a microphone with these musicians-especially Miles at his beach house in Malibu, where he wound up taking me through his wife Cicely Tyson’s closet to show me how many clothes she had; or Dizzy in a hotel suite in Chicago with all three televisions tuned to different stations, showing me how he packed his suitcase; or Dr. John, sitting around a piano in Chicago playing boogie-woogie-but what I love about each conversation is how they fit together to describe a life that now, only a few years later, seems long gone. In my mind, I can still see Art Blakey’s face, that gleam in his eyes as he’s telling me how he finds young players, and it’s like remembering a fire.

JazzTimes: Who was the easiest to interview? The most difficult?

I suppose the “easiest” was Frank Morgan. At the time, he had just been released from prison and the first thing he said to me when we met was, “In prison I listened to you on the radio all the time and my dream was to be free and to be on your show.” He was so happy to be there, it was like a little freedom celebration for us both. The most difficult was a conversation with Abdullah Ibrahim, who, it seemed, for spiritual reasons, wasn’t inclined to give his opinion on anything. He kept responding to questions with, “Why does it matter what I think?” Finally I said, “Why do you think your opinion doesn’t matter?” And from that point on, the conversation was fine. But generally speaking, there were very few media outlets for jazz musicians to tell their own story, and they were well aware that this program was going out to hundreds of thousands of listeners and was a real opportunity to get their version out. Most cats were glad to hang.

JazzTimes: Do you think being a musician yourself helped in the interview process?

From time to time musicians-Mike Brecker, Max Roach, Emily Remler, for example-would say something about it being easy to talk to another musician. But I don’t think it was because I was a musician necessarily. I suspect it was because I approached them first as people, and only after that as an artist or historical figure. Of course, knowing something about the difficulty of playing this music and of being on the road and trying to make a statement as well as a living gave me an interesting context. And many of the musicians were my friends at the time, so it was like a reunion. But even the ones I was meeting for the first time often felt like old friends to me because their music had been so generous and so candid.

JazzTimes: What was the most illuminating thing a subject said? Were there any controversial moments?

Well, there were certainly some great moments. I remember, for example, the wistful look on Gil Evans’ face when I asked him about a certain “blank” period of several years on his résumé. I asked him, “What were you doing then?” and he took a long sigh and said, like a rejected lover, “Waiting for Miles.” In terms of revelations, my favorite was the story Johnny Griffin told me about how, in the late 1940s, he had to lend some money to Ahmet Ertegun to keep Atlantic Records going. I said, “Well you must be a wealthy man today, right?” and he just cracked up.

JazzTimes: Did you feel as if your conversations reflected a jazz ensemble improvising at its best? The conversations never sound robotic or automated.

It often felt like I was comping behind them, kind of like laying the path as I would on piano behind a soloist; at times I would try an altered substitution to see what would happen, if you know what I mean, but generally I was just there to swing. As Jon Hendricks told me, “Everything you do in life can swing-the way you walk down the street, the way you hold a baby; everything can swing.”

The least-known persons on the stage on Oct. 29 at the Kodak Theatre in Hollywood were a trio of young trumpet players: Jean Gaze from … END_OF_DOCUMENT_TOKEN_TO_BE_REPLACED

There are important jazz musicians who are more talked and read about than actually heard, and one is Albert Ayler. He did not record extensively. … END_OF_DOCUMENT_TOKEN_TO_BE_REPLACED

There’s something about cities that have distinct musical traditions within them,” says Aaron Levinson, producer of The Harlem Experiment. “It’s not an accident.” With both … END_OF_DOCUMENT_TOKEN_TO_BE_REPLACED

Marchel Ivery, a tenor saxophonist based in the Dallas area, died in his hometown on October 30th after a short illness. He was 69. Although … END_OF_DOCUMENT_TOKEN_TO_BE_REPLACED