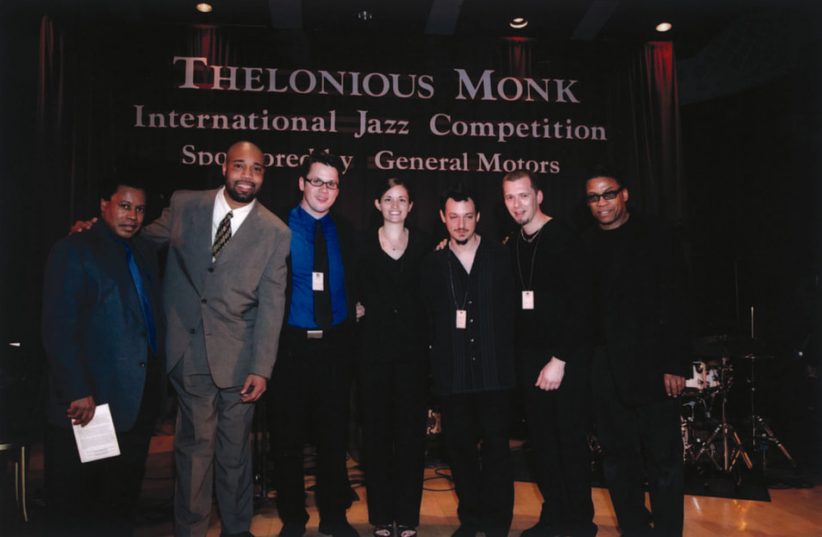 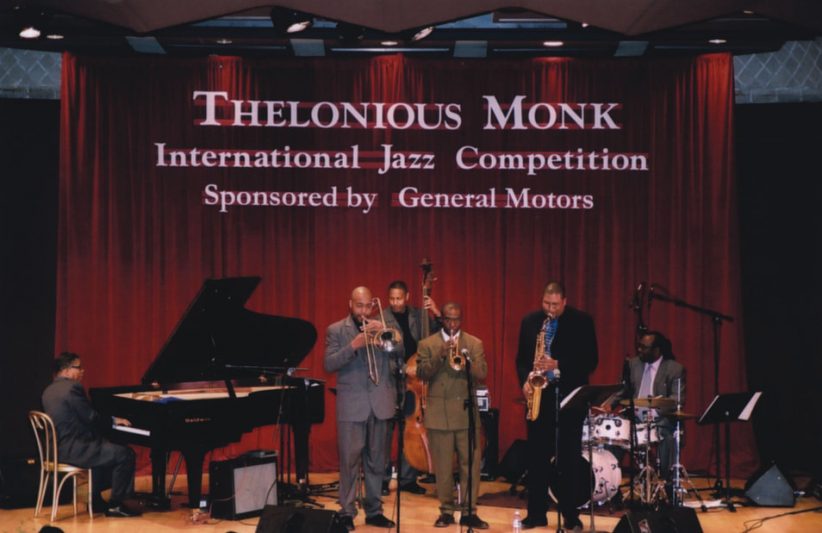 The finalists, all undoubtedly accomplished musicians, have recorded with musicians ranging from Joe Williams and Nancy Wilson to Aretha Franklin and Toots Thielemans. The second place scholarship, of $10,000, went to 33-year-old David Gibson. The Eastman School of Music graduate hails from Mobile, Ala. Noah Bless, 35, of Cambridge, Mass., won the $5,000 third prize. He holds a master’s degree from the Manhattan School of Music. The only woman to reach the finals took fourth-place: 23-year-old Karin Harris of Seattle graduated this May with her master’s degree in jazz studies from the University of Southern California. Fifth-place winner Marshall Gilkes, 24, of Camp Springs, Md., studied jazz at the University of Northern Colorado and William Paterson University. He took home a $1,000 prize. The Thelonious Monk Institute’s Jazz Composers Competition Award also went to a trombonist, Ilja Reijngoud, a 30-year-old from Leiden, Netherlands.

This was the first time the Institute held a competition featuring the trombone, and the finalists played to a packed and enthusiastic audience. The instrumentalists, whittled down from 70 applicants and 11 semifinalists, performed with a rhythm section, composed of pianist Eric Reed, bassist Robert Hurst and drummer Carl Allen. Rounding out the sextet were trumpeter Darren Barrett and saxophonist Jimmy Greene.

Hayward, a 30-year-old Houston, Texas, native, said he endured the usual nervous tension, especially when he considered his heroes were sitting on the panel to judge him. “There was an added pressure because of it, but once we got into it, I had to bring out my individual voice. I just let go and played. I enjoyed myself, and it was a beautiful thing.”

His beautiful sound was apparent as well to the selection committee. According to judges, Hayward easily won the unanimous decision. The panel included trombonists Steve Davis, Curtis Fuller, Slide Hampton, Grachan Moncur III, Julian Priester and Steve Turre. Davis said despite those listeners in the crowd who questioned the judges’ rankings-some by booing when the fifth-place winner was announced-the panel was sure of its evaluation. “We were listening for clarity in the musician’s playing and the ability to play within the rhythm section. Yes technique is important, and it can be impressive. But in jazz, you’ve got to have the feeling and sound and swing. Those are the crucial elements. This is about the music-not a display of trombone playing.”

Hayward performed renditions of Curtis Fuller’s “Time Off” and Thelonious Monk’s “Pannonica,” effortlessly evidencing a true musicianship. Maintaining an impeccable sense of time and swing, Hayward demonstrated a variety in dynamic and pacing within his often funk-tinged set. Truly a crowd pleaser, Hayward gelled seamlessly with the five other performers on stage.

Despite the festive occasion, constant mentions of the nation being at war were intoned during the event. General Richard B. Myers, Chairman of the Joint Chiefs of Staff, was on hand to award Dr. David Baker the Monk Institute’s 2003 Maria Fisher Founder’s Award in honor of his lifetime contributions to jazz and his dedication to jazz education. Myers reminded the audience that music continues to play an essential role in the lives of U.S. troops. He explained, “Music elevates the dignity of the human spirit. Music has been a part of our [American] heritage for the nation’s 200 years.”

The least-known persons on the stage on Oct. 29 at the Kodak Theatre in Hollywood were a trio of young trumpet players: Jean Gaze from … END_OF_DOCUMENT_TOKEN_TO_BE_REPLACED

There are important jazz musicians who are more talked and read about than actually heard, and one is Albert Ayler. He did not record extensively. … END_OF_DOCUMENT_TOKEN_TO_BE_REPLACED

Marchel Ivery, a tenor saxophonist based in the Dallas area, died in his hometown on October 30th after a short illness. He was 69. Although … END_OF_DOCUMENT_TOKEN_TO_BE_REPLACED

There’s something about cities that have distinct musical traditions within them,” says Aaron Levinson, producer of The Harlem Experiment. “It’s not an accident.” With both … END_OF_DOCUMENT_TOKEN_TO_BE_REPLACED