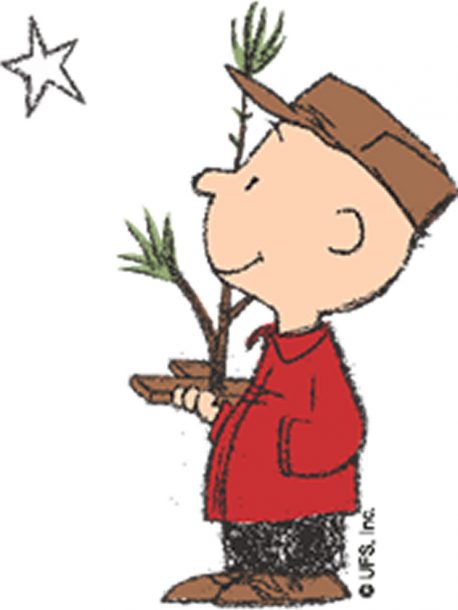 Vince Guaraldi’s hip soundtracks are loved by many of us who’ve grown up with Charlie Brown. But among the 15 Peanuts TV specials and one feature movie he scored, not to mention many imaginative non-Snoopy efforts, A Charlie Brown Christmas is Guaraldi’s most enduring album.

First broadcast in 1965, the half-hour Christmas special has grown into an annual rite of the holiday season. Forty years after its debut, it’s one of the most popular Christmas albums of all time, jazz or otherwise, and you’d be hard pressed to find someone that couldn’t hum “Linus and Lucy” (the Peanuts theme). There are many reasons for the album’s popularity, but at the heart of it is those catchy tunes–Guaraldi’s gift was that he could make the songs simple enough for a child to understand and beautiful enough for an adult to appreciate.

“The more I get into his music, the more frustrated I become,” says pianist David Benoit, who has been the official Guaraldi replacement on the TV shows for 15 years (Guaraldi died in 1976 at age 47). “Because he had a way. He was a great jazz pianist, but the most frustrating part is how he could write a simple little melody. I would think to myself: ‘I can do that.’ I’ve written a lot of compositions for the Peanuts over the years, and I’ve never gotten close to doing what Vince did.”

Benoit was originally inspired to take piano lessons after seeing the Peanuts Christmas special in 1965–and he’s likely not the only one: Benoit says that not a performance goes by where he doesn’t play at least “Linus and Lucy,” and it always brings down the house. The versatile pianist, comfortable in straightahead, contemporary jazz or classical, has been involved in Guaraldi tributes before, and his latest is 40 Years: A Charlie Brown Christmas (Peak). Producing, arranging and performing on the album, Benoit also got such high-profile players as Vanessa Williams, Dave Koz, Chaka Khan and the Rippingtons on the Peanuts Christmas music bandwagon.

In addition to “Linus and Lucy,” A Charlie Brown Christmas is filled with such gems as the sentimental holiday classic “Christmas Time Is Here,” and the elegant tinkling lines on “Skating” turn ice skating on a pond into a whimsical dance. Guaraldi’s music elevates the cartoon into a magical experience.

Guaraldi got ideas for his Peanuts music by reading storyboards, and the pianist typically packaged the catchy melodies in early-’60s West Coast cool, sometimes with a touch of bossa nova. His piano trio was subdued but swingin’, and Guaraldi’s leads provided an additional layer of emotional text that gave each character his or her own musical voice. Even when covering traditional tunes like “O Tannenbaum” and Beethoven’s “Fuer Elise,” Guaraldi’s arrangements were undeniably jazz, placing these songs comfortably next to his original compositions.

These days Guaraldi would likely be more surprised than anyone by the album’s success and impact. “He was so into kids,” says David Guaraldi, who was 20 when his father died. “And I guess at the heart of it, he was a kid himself. In interviews he never went into depth about how he does it or why he does it. But living around him for all those years, watching him write and listening to him do it for all those years, I didn’t think too much of it then, because it just was what it was. He was just doing his trip.”

Real kids may have heard the music, but the cartoon kids on that Christmas special also got to dance to it and skate to it. Sometimes the music made a bad situation better; sometimes it added a note of optimism to Charlie’s search for Christmas spirit. Any music that can do all of that is a gift, and Guaraldi’s A Charlie Brown Christmas is a gift that gives year after year.

The least-known persons on the stage on Oct. 29 at the Kodak Theatre in Hollywood were a trio of young trumpet players: Jean Gaze from … END_OF_DOCUMENT_TOKEN_TO_BE_REPLACED

There are important jazz musicians who are more talked and read about than actually heard, and one is Albert Ayler. He did not record extensively. … END_OF_DOCUMENT_TOKEN_TO_BE_REPLACED

There’s something about cities that have distinct musical traditions within them,” says Aaron Levinson, producer of The Harlem Experiment. “It’s not an accident.” With both … END_OF_DOCUMENT_TOKEN_TO_BE_REPLACED

Marchel Ivery, a tenor saxophonist based in the Dallas area, died in his hometown on October 30th after a short illness. He was 69. Although … END_OF_DOCUMENT_TOKEN_TO_BE_REPLACED