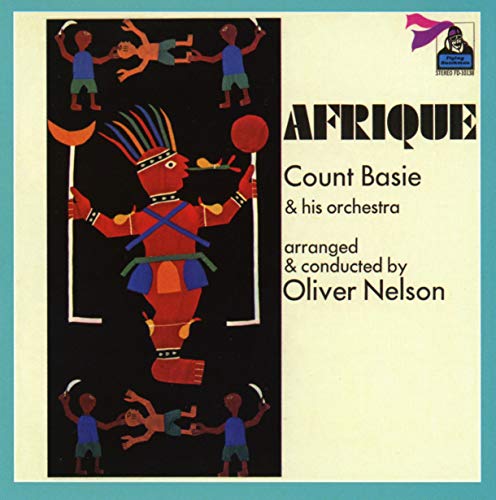 There was always a yin-and-yang relationship between Basie and his fellow big-band survivor, Duke Ellington. With Afrique, however, the pianist joined with composer/arranger Oliver Nelson for a remarkably Ellingtonian journey. The album took the Ducal path of meshing large-ensemble jazz with elements of world music and the African diaspora in particular. Never was it as successful and as shot through with high drama as on “Kilimanjaro.” Nelson even does cross-section charts, having flute and trumpet lead a call-and-response with the horns (along with baritone saxophonist Cecil Payne) in the theme. Then comes a solo by the hippest flutist of the era, Hubert Laws, followed by a piano solo that’s both characteristically Basie and harmonically suggestive of Ellington. As the era of Black Consciousness was gaining momentum, the Count demonstrated that he was as on top of current trends as anyone in the jazz business.

Learn more about Afrique on Amazon and Apple Music!