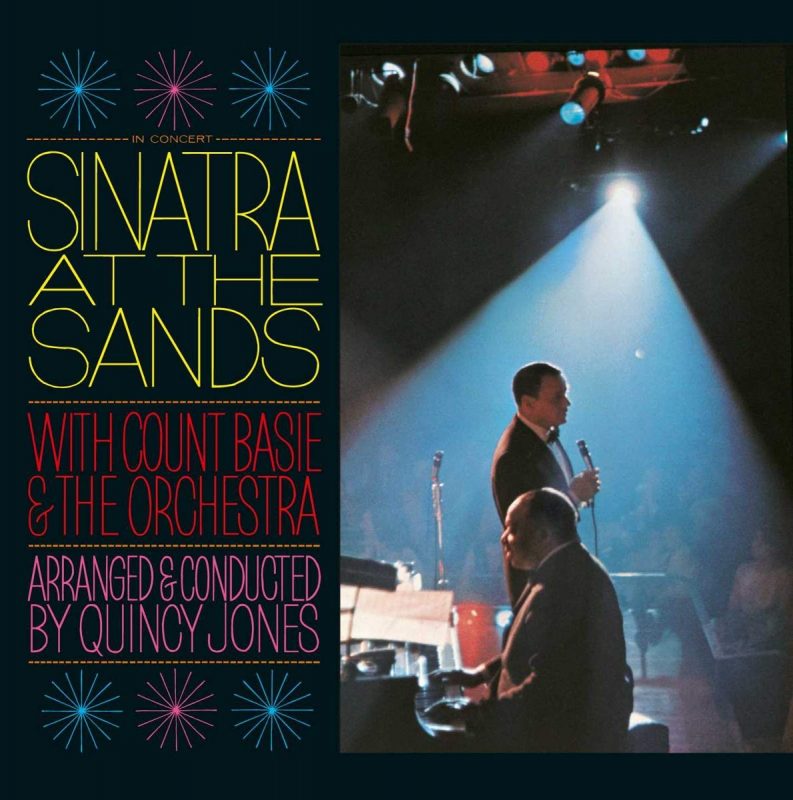 8. Frank Sinatra: “I’ve Got You Under My Skin” (Sinatra at the Sands with Count Basie & the Orchestra; Reprise, 1966)

The New Testament band was particularly renowned for its collaborations with vocalists, and so how could its collaborations with the mighty Caesar of all singers be anything but great? Recorded live in (where else?) Las Vegas, the summit features a third star: Quincy Jones, the arranger and conductor of this stellar music. On “I’ve Got You Under My Skin,” in any context one of Sinatra’s greatest swing numbers, he outdoes himself. There’s a good argument that he’s inspired by the prodding reeds and aggressive horns (note how he ad-libs “Run for cover! Run and hide!” during the trombones’ ensemble passage). Speaking of trombones, the track features another treat: a plunger solo by Al Grey, one of Basie’s featured soloists of the period. Again, one is tempted to credit him with the extra fire Sinatra has on the final bridge.

Learn more about Sinatra at the Sands with Count Basie & the Orchestra at Amazon and Walmart.