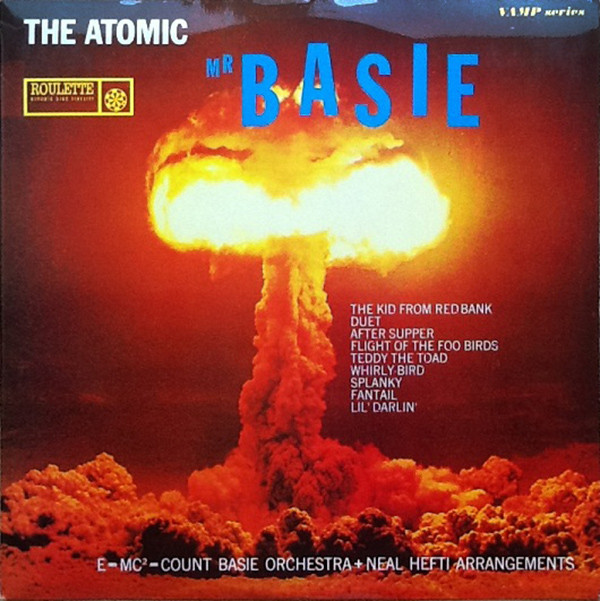 The Count was willing to flirt with, even incorporate elements of modernism in his reinvented band, though never ready to go full-on bebop. (Thad Jones, one of Basie’s stars, would ultimately leave to co-found his own big band with drummer Mel Lewis after Basie complained that his arrangements were “too modern.”) Still, it’s no coincidence that The Atomic Mr. Basie was recorded and released at the height of the hard-bop era. Arranged by Neal Hefti, “Double-O” is a stark reminder that if one wanted their jazz to be earthier and bluesier, Basie was still the go-to. The tune is as bright, explosive, and kinetic as the album’s cover photograph. And, as if to drive the point home, Basie brings on tenor saxophonist Eddie “Lockjaw” Davis for a feature solo that all but roars out of the speakers.

Learn more about The Atomic Mr. Basie at Amazon and Walmart.