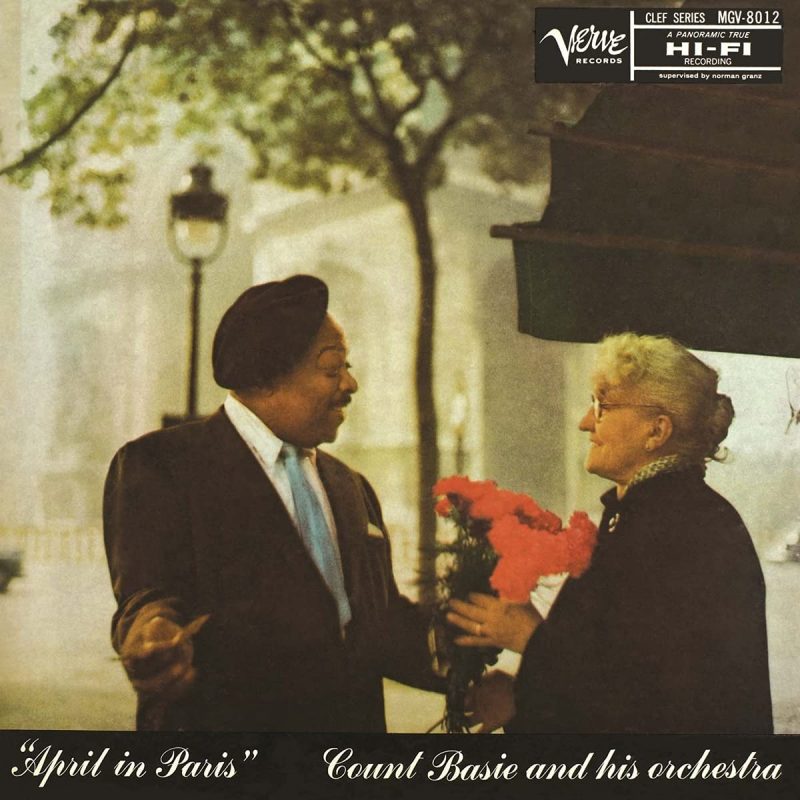 The Basie band that re-emerged in the early ’50s was quite a different one. The emphasis was on the arrangements and the ensemble, not the solos. Having said that, “Corner Pocket”—by “Old Testament” holdout Freddie Green (with Ernie Wilkins arranging) features three fine solos by trumpeters Thad Jones and Joe Newman and tenor saxophonist Frank Wess (not counting the intro by Basie himself). Yet the power is in the immaculate and powerful section playing. The brass passages following Wess’ solo are spectacular; the exchanges between piano and reeds are scintillating; and the full-band expression of the main theme is still a thing to behold 65 years after the fact. Here was the sound of a great big bandleader who was not about to go gentle into that good night.

Learn more about April in Paris at Amazon and Walmart.