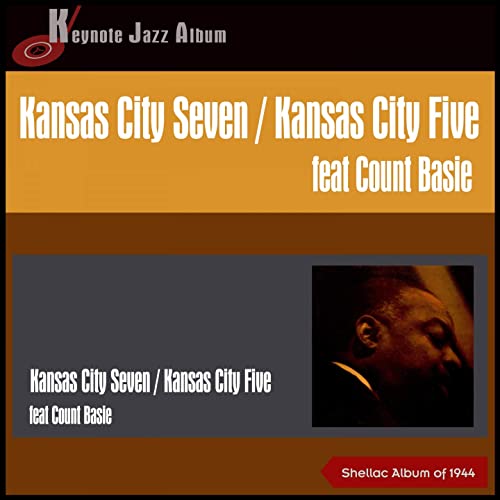 As the band name suggests, this is a small-group session—one on which Basie didn’t use his real name (he’s billed as “Prince Charming”). Still, the date has all the charm and trademarks of his big band, and nobody could mistake the pianist for anyone else. Among those trademarks is Lester Young, who’d returned to the band for a brief spell and gets off two superb solos. Buck Clayton has one, and Dicky Wells another. It’s Basie and his inimitable piano that have real authority on the record, however. He opens with one of his distinctive intros, adds lovely fills to the horn melody, puts on a hell of an improvisation himself, then appropriately comps the other soloists. More to the point, he does his swing thing all over “Six Cats and a Prince,” making the song strut like there’s no tomorrow.

Back to Full Article

Put a “the” in front of a name and it acquires historical heft. The Thelonious Monk who entered New York City’s WOR Studios as Halloween … END_OF_DOCUMENT_TOKEN_TO_BE_REPLACED

Last summer, for the first time since he founded it in 1954, George Wein wasn’t at the Newport Jazz Festival. Traveling from his Manhattan home … END_OF_DOCUMENT_TOKEN_TO_BE_REPLACED

On the enchanted evening of August 16, 1958, Ella Fitzgerald took to the stage of the legendary Hollywood Bowl. There, with a lustrous orchestra conducted … END_OF_DOCUMENT_TOKEN_TO_BE_REPLACED

Forgive me if I’ve mentioned this before (perhaps repeatedly), but I’ve been playing guitar now for more than 40 years. So when the time comes … END_OF_DOCUMENT_TOKEN_TO_BE_REPLACED