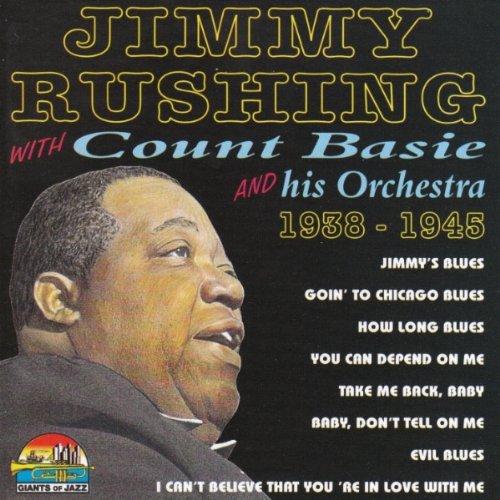 Young left the Basie band in late 1940, to be replaced by another great proto-bop tenor player, Don Byas. But while Byas makes his presence known on “One-Two-Three-O’Lairy,” it’s really a platform for the band’s beloved male vocalist, Jimmy Rushing. The man called “Mr. Five by Five” (for his short, stout stature) puts on a fine, fun, syncopated performance of what is essentially a novelty lyric. Byas and his tenor partner Buddy Tate both make four-bar deposits after Rushing’s main chorus, which also features an aggressive capper from Jo Jones. Notice, though, that the ensemble lines are cleaner and more intricate than before. Basie was beginning to use real arrangers—in this case, the groundbreaking Eddie Durham—but was doing so without sacrificing the bluesy chemistry that made his band what it was.

Learn more about Jimmy Rushing with Count Basie and His Orchestra, 1938-1945 at Amazon and Apple Music!