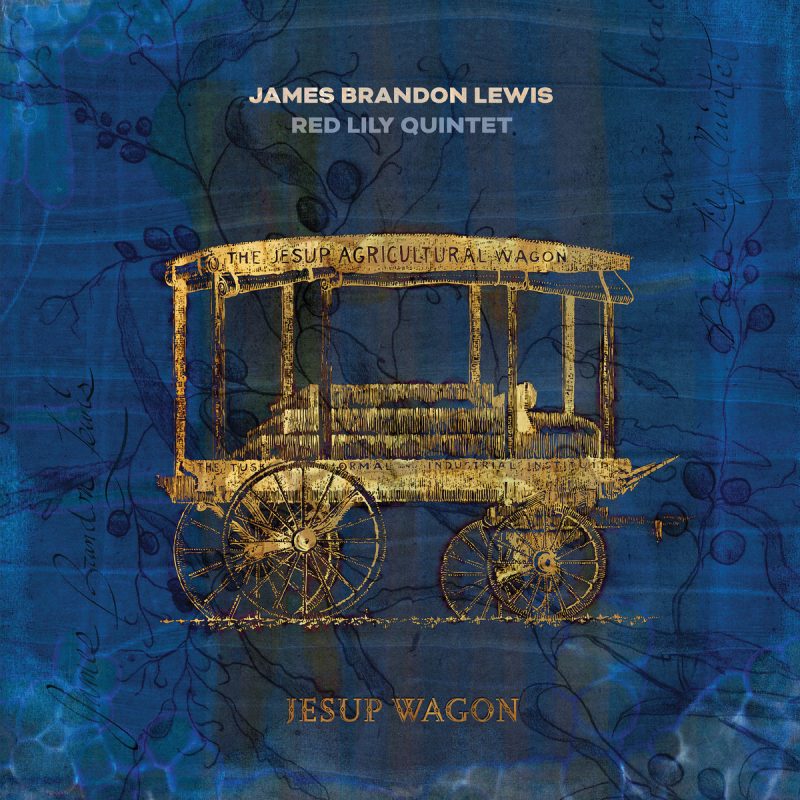 Jesup Wagon musically channels the curiosity, empathy, and intellectual rigor of George Washington Carver—a renaissance man and role model for James Brandon Lewis—in ways that avoid easy labels. Comprising two horns, two strings, and a drummer, the Red Lily Quintet is rigged for blues gravity even as its members, schooled by Butch Morris, Henry Threadgill, and Cecil Taylor, finesse knotty time signatures that flash, float, and fade away. Impeccable liner notes by Robin D.G. Kelley contextualize how Carver refused to compromise between art and science, even as he was born into the Reconstruction backlash and witnessed crushing poverty on his Jesup Wagon rides to bring higher learning to the rural heartland. Lewis’ seven compositions, two poems, and jaggedly lyrical tenor sax address the triumphs and struggles, while cornetist Kirk Knuffke, in his finest work to date, plays Cherry to his Ornette, Dizzy to his Bird, Lester to his Roscoe. Bassist William Parker is lord of the low end and throws in lute-like gimbri on two songs; drummer Chad Taylor adds mbira to his typically propulsive agility; and cellist Chris Hoffman has the timing and palette to distinguish his contributions. It’s renaissance music, all right, with a burr in its tone and a grace to its interplay that stings and soothes all the right senses. BRITT ROBSON

Learn more about Jesup Wagon at Amazon and Walmart.