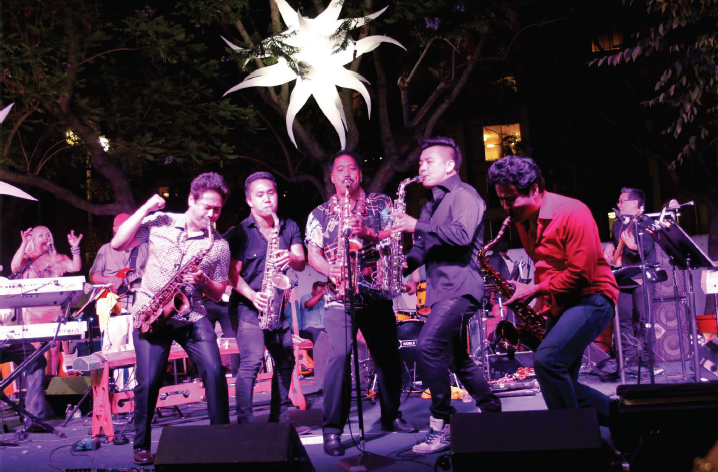 Apaulo Music Productions and the Japanese American Culture and Community Center will host the second Asian Heritage Jazz Festival in Los Angeles this Saturday, June 25, which will feature the largest lineup of Asian jazz artists in the history of the United States.

The festival, produced by saxophonist Michael Paulo, aims to celebrate and showcase the achievements of Asian-American jazz artists. It also serves as a venue to promote and develop young jazz artists who may be unable to perform at mainstream jazz festivals.

“As America is a melting pot of cultures it is important in the assimilation of those cultures to embrace things that are uniquely American. It is through this that we can become a part of the mainstream culture. Also, in most instances Asian-Americans aren’t readily associated with jazz. The festival aims to change that perception by featuring as many of the best Asian jazz performers here that we can assemble,” said Paulo, in a press release.

The festival will include performers of Filipino, Korean, Chinese, Japanese and Indonesian heritage.

The event will be held at the Japanese American Cultural and Community Center’s Aratani Theatre from 6:30 p.m. to 10:00 p.m. To buy tickets or learn more about the event, visit asianheritagejazzfestival.com.

Billy Cobham will be traveling across the U.S. on a 23-city tour starting on September 10, 2022 with a performance at the Musical Instrument Museum … END_OF_DOCUMENT_TOKEN_TO_BE_REPLACED

Long delayed due to the COVID-19 pandemic, Jane Bunnett and Maqueque’s U.S. tour to support its 2019 album On Firm Ground/Tierra Firme is now underway, … END_OF_DOCUMENT_TOKEN_TO_BE_REPLACED

Guitarist Pat Metheny will release a new album, SIDE-EYE NYC (V1.IV), on September 9, with tours of the U.S. and Europe to follow from fall … END_OF_DOCUMENT_TOKEN_TO_BE_REPLACED