If you were to ask most people what they’d want to be doing in the middle of a global pandemic, opening a jazz club in New Hampshire probably wouldn’t be all that high up the choice list. Then again, most people aren’t Michael and Peter Labrie. The longtime local restaurateurs are now co-owners of Jimmy’s Jazz & Blues Club, which opened on Congress Street in the quaintly arty seaside town of Portsmouth last September after five years of planning and construction.

On a recent Zoom call with JazzTimes, the Labrie brothers, not very surprisingly, were choosing to look on the bright side of a rather strange situation. “In a lot of ways,” Michael Labrie said, “what we’re doing now is paralleling the Roaring Twenties. People then were coming out of a pandemic, now we’re coming out of a pandemic. People are very excited about getting back out again and hearing music, as they were then. And at the same time, our design aesthetic, which is really original to the building, parallels the culture and the designs of those days as well.”

Ah yes, the building—which is where this story began for the Labries. The historic structure that Jimmy’s occupies, the first in Portsmouth to make use of structural steel, was built in 1905 to house the first YMCA in the area; later, a clothing store and restaurant took over the ground floor. Like many public buildings of the time, it was a thing of beauty, adorned with stained glass, bay windows, and a large skylight. However, after the YMCA vacated the premises in 1959, the top three floors stayed empty. By the time that an out-of-the-blue phone call from the building’s owner brought the Labries the opportunity to buy and renovate it in 2016, those floors had been untouched for decades. But one of them was already outfitted with an acoustically top-notch performance hall that could accommodate a seated audience of approximately 350.

For Michael Labrie, who has a background in lighting design and live production, the chance to create the dinner theater/music venue he’d been dreaming of for nearly 35 years seemed to be in sight. But it still took a while. As he said with a strong dose of New England understatement, “There was definitely a learning curve. A lot of building codes had changed since 1905, and that’s one reason why the place had remained vacant; as time went on, the amount of money that it would take to legally occupy that space got higher and higher. So it required a very extensive renovation. We were jackhammering out back for four months to make enough storage space for our walk-in coolers. We had to make everything ADA-compliant, including building a lift behind the stage for disabled performers. And then COVID slowed us down a bit.

“But,” he continued, “all of that allowed us the time to think through everything that we encountered. And the fact that we built this out of pocket rather than getting a construction loan—for which you’d have to have all your designs nailed down at the beginning—let us bob and weave and adjust as we got to understand the building and our business model better.”

The results are impressive. Exposed brick and steel beams add both earthiness and grandeur. A lengthy bar area occupies a steel-and-glass addition to the main room. Balconies are overhead, there’s a spacious green room for performers, and the Y’s former library and billiards room now serve as more cozy private spaces (though they’re still called the Library and the Billiards Room).

I’ll admit it. When I first heard about Jimmy’s opening, my first response was sympathy, given COVID. But that feeling was quickly replaced by pleasant shock when I saw the names on its calendar of then-upcoming shows, all of whom I recognized immediately: Joey DeFrancesco, Christian McBride, Mavis Staples, Charles Lloyd, Lisa Fischer. It turns out that the club has three aces in the hole. The first is its booking agent Suzanne Bresette, whose knowledge of the music business goes back to the 1960s, when she worked at the legendary Boston Tea Party; in more recent times, she’s produced special events at Smalls and the Cutting Room in New York. The second is timing; at this point in the pandemic, musicians are itching to play out and listeners are beyond ready to hear them. The third is location; Portsmouth is close enough to Boston to make it an easy extra tour stop, and given the woefully low number of jazz venues clustering by the River Charles post-COVID, it could even be a replacement area gig if necessary. “North of Boston and south of Portland [Maine] is a very underserved jazz market,” Bresette notes.

The patrons who’ve packed Jimmy’s since its opening clearly approve of what Bresette and the Labries have created, and so do the performers. “It’s always exciting to be a part of a new beginning,” says drummer Nate Smith, who recently played at Jimmy’s and describes it as “a real jewel.” Vocalist Karrin Allyson seconds Smith’s opinion: “This is a very welcome and needed new venue, and we can’t wait to return.”

“Musicians have been some of our biggest promoters,” Michael Labrie confirms. “It’s really brilliant to hear these comments from them night after night about how much they love the room. It’s creating magic, really.”

Go to jimmysoncongress.com for the full schedule. 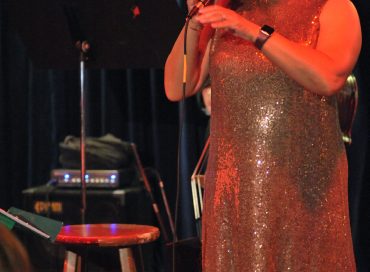 On a chilly Thursday evening last November, a long line of well-dressed people stretched down a block of Broadway in San Francisco’s North Beach neighborhood. … END_OF_DOCUMENT_TOKEN_TO_BE_REPLACED 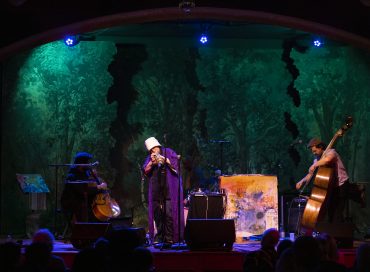 South Philly’s Solar Myth has been many things to many people. Known until recently as Boot & Saddle, it was once the toast of post-Prohibition … END_OF_DOCUMENT_TOKEN_TO_BE_REPLACED

“We like to bring music to Cleveland in the spirit of the great and incredible and wonderful Albert Ayler. Let’s get a round of applause … END_OF_DOCUMENT_TOKEN_TO_BE_REPLACED

Running a music venue was never one of Jimmy Greenfield’s life goals. A sculptor by trade, the 67-year-old Greenfield has had a long and deep … END_OF_DOCUMENT_TOKEN_TO_BE_REPLACED