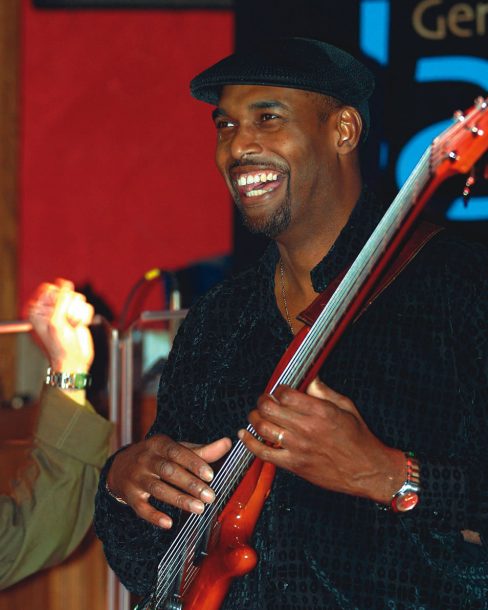 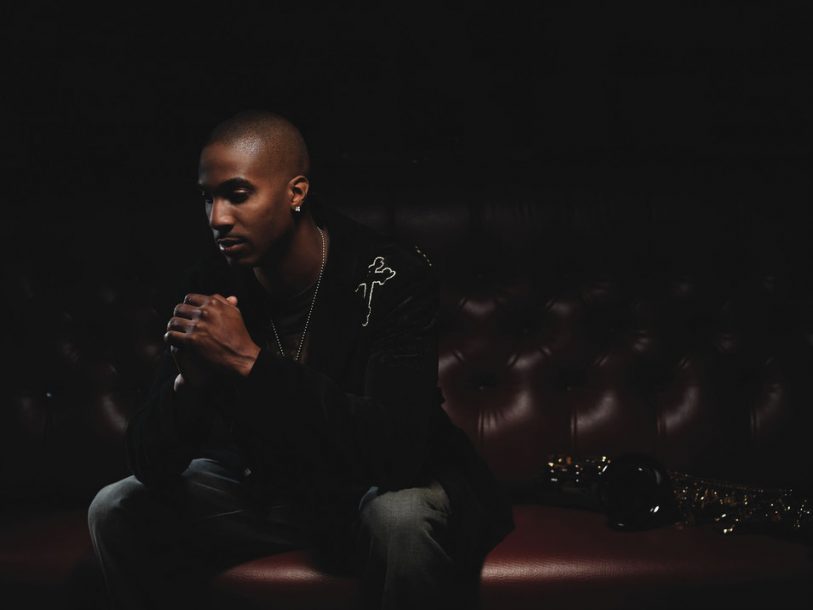 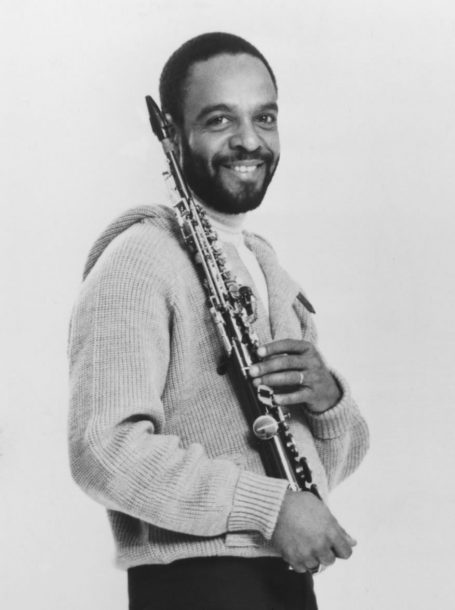 The legendary and influential saxophonist Grover Washington, Jr. died of a heart attack on December 11, 1999, about this time 10 years ago. Bassist Gerald Veasley was performing with Washington at a taping of The Early Show on CBS in NYC, when the saxophonist collapsed in the green room. His death was a shock to the jazz and music world and a particularly tough blow for Veasley who had grown close personally to Washington and his family. Veasley had performed off and on with Washington for over 12 years. On Friday, December 11, Veasley will present a special holiday tribute to Grover Washington Jr. at the Miller Center for the Arts in Reading, Pa. The concert will feature Veasley with his band, as well as special guest Eric Darius on saxophone.

Although he’s participated in a few tributes to Grover on record and in performance (including one at his own Jazz Base nightclub in Reading), Veasley was a reluctant tribute organizer, finding the whole business just too painful. Recently a fan badgered him and reminded him that it had been 10 years since Grover died and that he should do something to keep Grover’s music alive. Knowing that Grover’s birthday was also coming up on December 16 and that Grover loved holiday music, Veasley decided to move ahead with a show to remember his mentor.

Washington had a tremendous influence on Veasley both professionally and personally. “One of the main things I admired about him professionally was that he was so appreciative of other musicians. You know, I’m not always that way. After a concert, often a young musician would come up and hand Grover a tape or CD of himself. Now Grover didn’t just accept the tape. Often, on the bus afterwards he would put the tape or CD on. When I asked him why he bothered, he told me, “Everyone has a story, you just have to listen.’ As a musician that contributed to who he was as a man. You can’t separate the two. He was humble, but he also played his heart out every night.”

Veasley also learned about the importance of developing your own voice as a musician. “The one thing that becomes a musician’s Holy Grail is to have a recognizable sound. That’s what we’re all striving for. You hear Al Green or Betty Carter and with a few notes, you know it’s them. With instrumentalists, it’s harder. But if you hear a few notes of Grover, you know it’s him. When we performed on bills with singers, Grover would almost always close the show. Partially, acts didn’t want to follow him, but it was like he was a singer himself.”

As to his legacy, Veasley sees Washington as more than someone who created a virtual genre of jazz by combining R&B influences with jazz. “People can’t pigeonhole him. On his last CD, he was playing jazz interpretations of opera. He played straight-ahead. He was a complete musician who was open to anything.”

At the concert on December 11, Veasley and company will be performing some of Washington’s most well-known songs as well as some holiday songs that Washington loved. “When I was rehearsing Grover’s holiday songs with my band, I found myself wondering why I didn’t know the arrangements. Then I realized it was because we never got to tour with that material.” Apparently, that was one more thing that Washington had plans for but that didn’t come to fruition because of his tragic death.

Veasley still sees Christine Washington, Grover’s widow and manager who also resides in Philadelphia, on a regular basis and is very pleased that she will be in attendance at the tribute concert in Reading. “I was over at their house recently to hear the mixes of a live album that will be coming out and as we listened, I sat there crying. The pain of that loss is still there for me. It’s like a big hole.”

Eric Darius has the difficult challenge of filling that hole at least temporarily as the saxophonist in the concert. “Eric was in high school when Grover came through for a performance. Eric, who had studied Grover’s music and was devoted to it, wasn’t feeling well and decided at the last minute not to go to the show, thinking ‘I’ll just catch him next time.’ And, of course, there wasn’t a next time.” Darius grew up to be a successful smooth jazz artist and now will get a chance to pay tribute to one of his musical heroes.

For tickets to the show, go to the Berks Jazz Fest web site.

Like so many jazz festivals this year, New York’s avant-garde Vision Festival was canceled due to the pandemic. But its organizers, Arts for Art, didn’t … END_OF_DOCUMENT_TOKEN_TO_BE_REPLACED

As previously reported in JazzTimes, the National Endowment for the Arts, in collaboration with SFJAZZ, is hosting a special online-only concert on Thursday, August 20, … END_OF_DOCUMENT_TOKEN_TO_BE_REPLACED

UPDATE 4/10/20 1:55 PM: The listening session will only happen live on Zoom due to technical issues with Facebook. Thanks! As the old saying goes, … END_OF_DOCUMENT_TOKEN_TO_BE_REPLACED

Arts For Art (AFA), a New York City-based nonprofit organization for the promotion and advancement of avant-garde jazz, celebrates its 25th year of programming with … END_OF_DOCUMENT_TOKEN_TO_BE_REPLACED