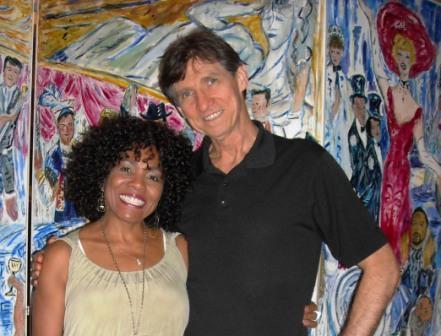 Back in the late 1970s a couple of young friends, Andre Menard and Alain Simard, were sitting around in Montreal, Quebec, and dreaming of putting together a grand jazz festival that would do justice to their hometown, now often called “The City of Festivals.”

As I prepare to attend the 36th edition of the Festival International de Jazz de Montreal, and my 11th straight trip there, here is a quick overview of what 2015 festival-goers can look forward to during the 10 days of this event, running from June 26 through July 5. The variety and depth of styles exhibited in the massive lineup truly presents something for everyone. The festival features plenty of jazz to qualify the name of the gathering but there’s a decidedly international flavor, with artists from all over the globe performing. There’s also rock, pop, techno, hip-hop, soul and blues aplenty, with dozens of free shows accompanying the paid performances in Montreal’s beautiful indoor venues.

As with many festivals, especially one with the scope and expense involved with an event like this one, major sponsors and big-ticket pop artists pay the bills for the lesser known acts. It’s the former that brings in the bucks and the crowds and the latter that gets my attention. This year pop artists like Steve Miller, Huey Lewis and the News, Erykah Badu and Joss Stone are among the headliners. The last day of the event will also feature a host of Quebec’s finest blues performers in a grand celebration of the late B.B. King in a free outdoor show in the center of the city.

From the next generation, top rising stars such as Theo Croker, Christian Scott, Robert Glasper (in a trio setting), Vijay Iyer, Julian Lage with Nels Cline, Marc Carey and Snarky Puppy are all booked to perform. Canadian talent on the festival lineup includes vocalist Molly Johnson in her salute to Billie Holiday, Jane Bunnett and Maqueque, singer Ranee Lee, Jesse Cook, Alain Caron with John Roney and the Moutin twins and their Moutin Factory Quintet and many more.

Numerous international artists will represent dozens of countries. From Africa, marquee artists include Richard Bona and vocalist Somi (performing music from her album The Lagos Music Salon). Israel is well represented with the likes of Gilad Hekselman and the aforementioned Avishai Cohen. From Norway comes the electro-acoustic large ensemble Jaga Jazzist and vocalist Sondre Lerche. English singer and pianist Jamie Cullum is on the bill. The Mexican duo of Rodriguo Y Gabriela, who began life in a Mexico City thrash metal band then broke away to form their duo to busk on the streets of Europe, then record with a Havana big band, will bring their big sound to Montreal. Cuban pianist Alfredo Rodriquez is well established and promises to put on a fabulous show in Montreal. From France there’s Richard Galliano and Sylvain.

For more of what to expect you can hear my preview in my two-hour show, Jazz America, which will be available for free listening on demand now through Sunday, June 21st at Jazz America.

Russ Davis produces and presents Jazz America, the only jazz program for the U.S. Government Service, Voice of America. He also programs and presents the online modern jazz channel MOJA Radio, a subscription service. You can hear a number of free programs, including the latest Jazz America show by visiting MOJA Radio’s website.

Like so many jazz festivals this year, New York’s avant-garde Vision Festival was canceled due to the pandemic. But its organizers, Arts for Art, didn’t … END_OF_DOCUMENT_TOKEN_TO_BE_REPLACED

As previously reported in JazzTimes, the National Endowment for the Arts, in collaboration with SFJAZZ, is hosting a special online-only concert on Thursday, August 20, … END_OF_DOCUMENT_TOKEN_TO_BE_REPLACED

UPDATE 4/10/20 1:55 PM: The listening session will only happen live on Zoom due to technical issues with Facebook. Thanks! As the old saying goes, … END_OF_DOCUMENT_TOKEN_TO_BE_REPLACED

Arts For Art (AFA), a New York City-based nonprofit organization for the promotion and advancement of avant-garde jazz, celebrates its 25th year of programming with … END_OF_DOCUMENT_TOKEN_TO_BE_REPLACED