The Montclair Jazz Festival, produced by the Jazz House Kids organization and presented by BDP Holdings, has announced the lineup for its Downtown Jamboree, a free one-day outdoor event held on three stages in downtown Montclair, N.J. on Saturday, September 10. Headliners include Claudia Acuña, Monty Alexander, Artemis, the Cookers, Jazz House Collective, Danielle Ponder, Ozmosys, Matthew Whitaker, and Immanuel Wilkins, as well as a surprise band led by the festival’s artistic director Christian McBride. In addition, various student and emerging artist groups will be featured on the Blue Note at Sea Street stage.

The concerts, which run from 1 p.m. until 9 p.m., are held on Bloomfield Avenue from Lackawanna Plaza to South Park, shutting down the main artery of Montclair for the day. In addition, an afterparty with DJ Logic will be held beginning at 9 p.m. at the nearby Wellmont Theater for festival patrons. More than 35,000 people attended the festival last year, which featured performances by Billy Hart, Rudresh Mahanthappa, Alicia Olatuja, Emmet Cohen, the Baylor Project, Camille Thurman, and McBride with Chris Potter and Mike Stern. According to the event press release received at JazzTimes, the Montclair Jazz Festival is the largest free jazz festival in the greater NYC area.

The all-day festival on September 10 caps a series of events including the festival’s Soundcheck concert series in July that featured Craig Handy, Akiko Tsuruga and others, as well as the Lackawanna Block Party on August 13 with performances by Winard Harper and Nicole Glover, plus a street dance party starting at 7 p.m. with tunes spun (and played along with) by DJ Brother Mister, a.k.a. Christian McBride. Learn more at the festival’s website.

Downtown at the BDP Holdings Stage

Uptown at the Fullerton Stage

Midtown at the Blue Note at Sea Street Stage

Seattle’s Earshot Jazz Festival has announced the lineup for its 34th edition, to be held from October 8 through November 6 at venues throughout Seattle. … END_OF_DOCUMENT_TOKEN_TO_BE_REPLACED 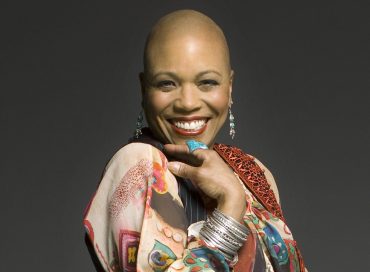 The New Jersey Performing Arts Center (NJPAC), based in Newark, has announced the lineup for the TD James Moody Jazz Festival, named for the legendary … END_OF_DOCUMENT_TOKEN_TO_BE_REPLACED

The Kennedy Center in Washington, D.C. has just announced its 2022-2023 jazz season, which opens on October 16 with a special performance in the Concert … END_OF_DOCUMENT_TOKEN_TO_BE_REPLACED