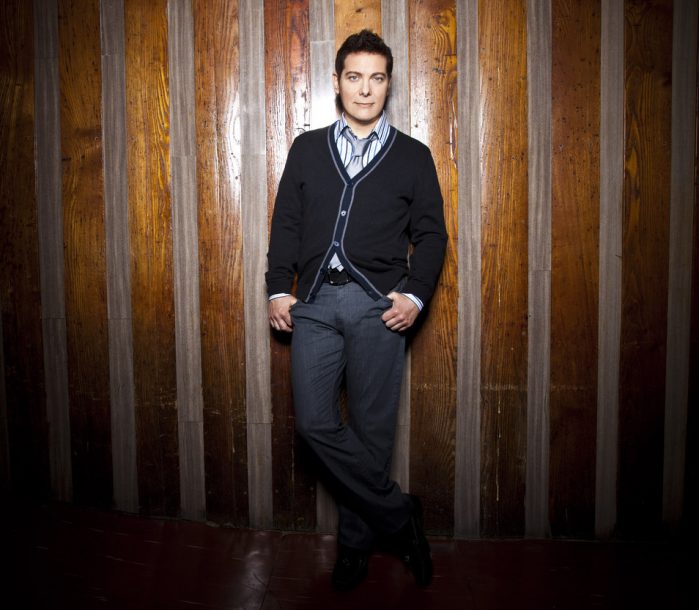 MCG Jazz has announced that vocalist and pianist Michael Feinstein and his trio will perform four shows, two per night, at MCG Jazz’s 30th Anniversary Concert Series in Pittsburgh Sept. 23-24.

Founder of the Great American Songbook Foundation, Feinstein’s career has included Grammy-nominated recordings, Emmy-nominated PBS-TV specials, his acclaimed NPR series, concerts held around the world and extensive work educating the public on America’s most important composers and lyricists. “I am thrilled to be with you to celebrate the 30th anniversary of MCG Jazz. I look forward to a special weekend in Pittsburgh,” Feinstein said in a press release.

The series, which runs through April 21 at the MCG concert hall on Pittsburgh’s North Shore, previously had Bobby McFerrin scheduled as the headliner in September, but he had to postpone his tour, promising to return as soon as possible.

“Bobby McFerrin is taking a much-needed sabbatical for the remainder of 2016, undergoing a course of treatment for Lyme disease and resting his voice. He was truly looking forward to celebrating the 30th anniversary of MCG Jazz, and sends his congratulations to all involved in bringing so much music and joy to the Pittsburgh community,” Bobby McFerrin Management stated in a press release.

Single tickets will go on sale Aug. 1. Choose-your-own concert subscription packages of four or more shows are available now. For more information and to view the series schedule, visit www.mcgjazz.org or call the Manchester Craftsmen’s Guild Jazz Box Office at 412-322-0800.

The Montclair Jazz Festival, produced by the Jazz House Kids organization and presented by BDP Holdings, has announced the lineup for its Downtown Jamboree, a … END_OF_DOCUMENT_TOKEN_TO_BE_REPLACED

The Kennedy Center in Washington, D.C. has just announced its 2022-2023 jazz season, which opens on October 16 with a special performance in the Concert … END_OF_DOCUMENT_TOKEN_TO_BE_REPLACED

The Hyde Park Jazz Festival has announced the lineup for its Sept. 24-25 event, with more than 30 performances to take place at various venues … END_OF_DOCUMENT_TOKEN_TO_BE_REPLACED

The Django Festival Allstars return for their annual run at the Birdland jazz club in New York City from July 12-17. The six nights of … END_OF_DOCUMENT_TOKEN_TO_BE_REPLACED