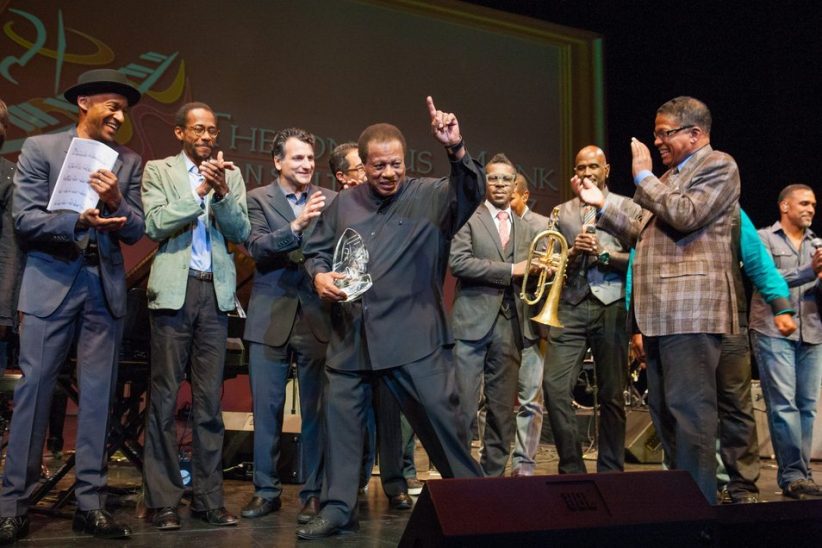 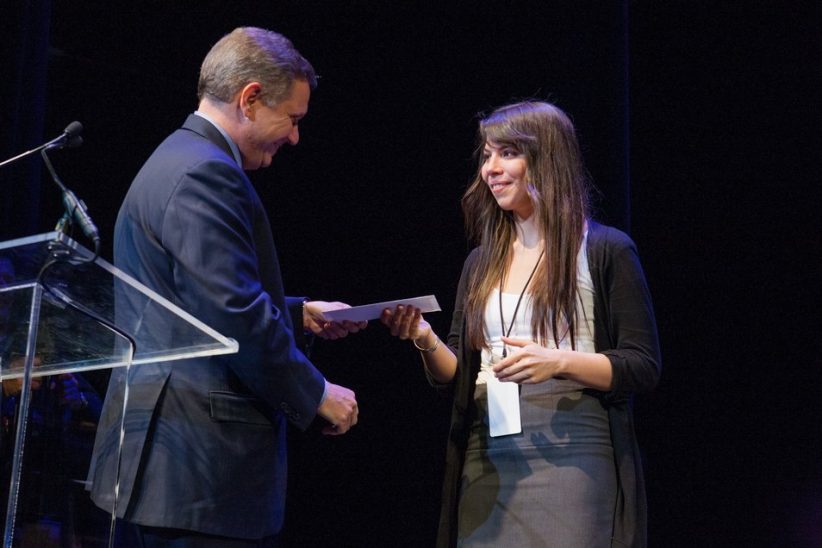 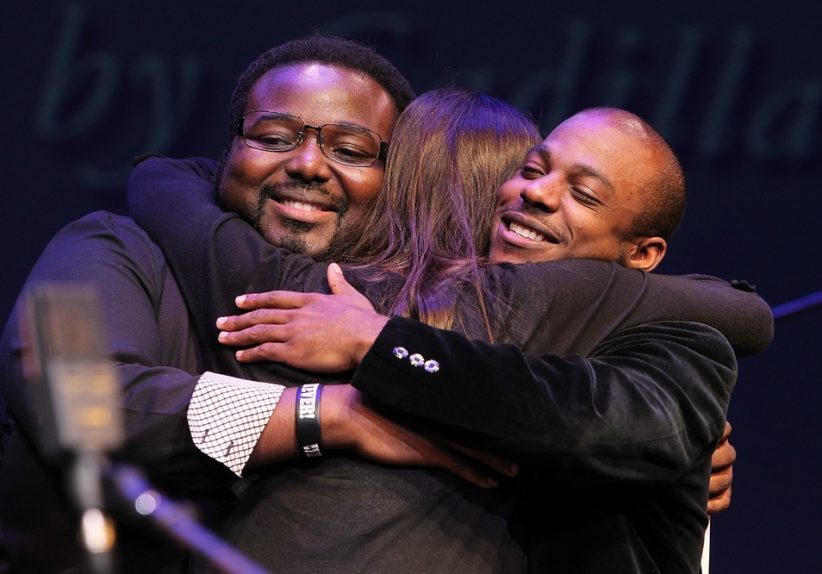 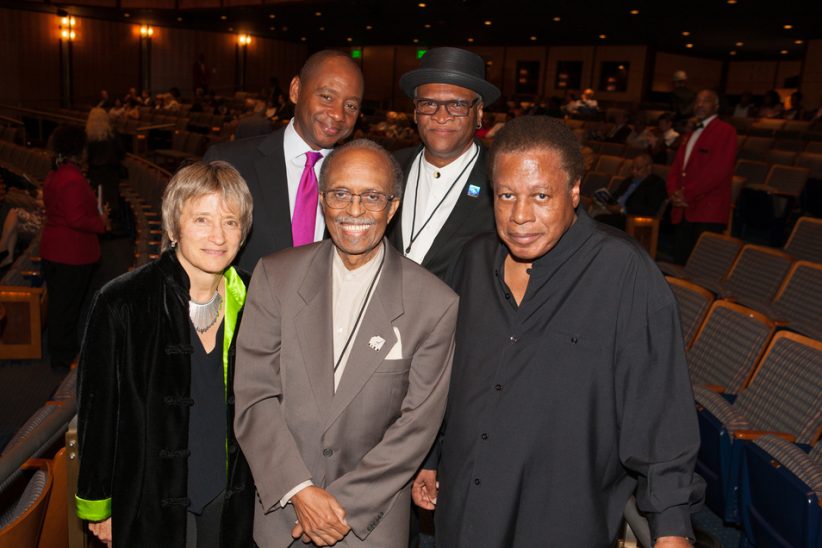 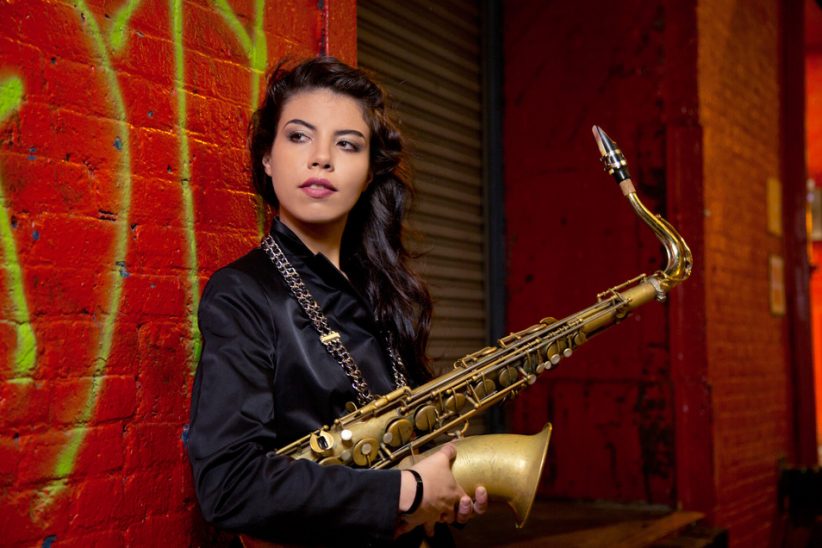 The semi-finals of the 2013 Thelonious Monk International Jazz Saxophone Competition, held on Sunday in an auditorium at the Smithsonian’s National Museum of Natural History in D.C., were so impressive they were actually disheartening. They made you think about the current state of things-about how the industry isn’t big enough for all this talent, but it should be.

Each of the 13 hopefuls performed a 15-minute program of his or her choosing, and each performed with the assets you should require from a saxophonist when you plunk down a $30 club cover charge. Intonation, by and large, hit the bull’s-eye and then split the arrow; phrasing displayed such flawless execution and focused attention to form that you hardly saw room for improvement; tones were hearty or lithe but always substantial. If technique is jazz’s end game, then the current jazz-ed system is clearly doing its job.

But, of course, a little originality goes a long way in jazz, and the Monk competition follows suit. (“Originality” is, in fact, listed on the official scoring sheet as a “factor” for consideration, along with “sound, time, interaction with other musicians, technical facility, leadership, professionalism [and] stage presence.”) At the finals the following night, 24-year-old tenor player Melissa Aldana, of Santiago, Chile, won the contest with savvy subversions to jazz’s modern mainstream. Onstage at the Kennedy Center’s Eisenhower Theater, before the panel of Jane Ira Bloom, Jimmy Heath, Branford Marsalis, Wayne Shorter and Bobby Watson, she shuffle-swung through a wide-open take of Jimmy Van Heusen’s “I Thought About You,” mostly with just bass and drums. She bent dusky low notes and let them linger in a way that could become a trademark, and deftly balanced gymnastic flights and space. Her follow-up, the original burner “Free Fall,” suggested the timeless modernity of Shorter’s ’60s writing. Aldana’s victory, which includes a contract with the Concord label group and $25,000 in scholarship money, was well deserved and hard earned, and it has more significance yet: She is the first woman to ever win an instrumental Monk competition, and she’s a legacy; her father competed in the 1991 sax contest that kick-started prizewinner Joshua Redman’s career.

Finishing second was 27-year-old tenorman Tivon Pennicott, from Marietta, Ga., who went for broke out of the gate with Sonny Rollins’ “Strode Rode” and a take on Charlie Chaplin’s “Smile” full of feathery lyricism and ghostly overtones. (A series of unaccompanied filigrees at song’s end, cyclical-sounding like minimalism and played so quietly you could hear the instrument’s keys move, was tremendous.) Alto saxophonist Godwin Louis, 28 and from Harlem, couldn’t quite recapture the high-spirited atmosphere he conjured at the semi-finals, where he elicited the most enthusiastic audience response of the day. (Sax aside, Louis was easy to root for. He projected a contented generosity, making sure the competition rhythm section of pianist Reginald Thomas, bassist Rodney Whitaker and drummer Carl Allen got their applause too; and his getup, highlighted by an elaborate gold chain wallet, offered a welcome alternative to the Sunday best most everyone else wore.)

At the finals, on “Skylark” and a terrific original, “Our Father,” that featured gorgeous gospel-infused bookends, Louis proved himself an alto player with the heart of an inside-outside tenorman. He hulked over his instrument, rocking to his own internal metronome; he touched on extended techniques without really going out; and his lines were at once methodical and surprising, utilizing zigzagging intervals. You got the sense that he was working hard both mentally and physically.

More than most years, the 2013 competition was fairly easy to predict. Part of this had to do with logistics: At the semi-finals, a number of absolute bop monsters-say, Texas’ Clay Pritchard, New York’s Sam Dillon, Austria’s Lukas Gabric and New York’s Andrew Gould-seemed to cancel each other out. You started looking for singularity in the playing and especially the repertory, which tended toward rote arrangements of midcentury Real Book tunes. Massachusetts’ excellent Mike Lebrun had the right idea, with a thorough if overwrought recasting of “Summertime”; so did L.A.’s Danny Janklow, who dared to perform straight rhythms, and Aldana, who brought with her metrically tricky material that gave pause to the otherwise infallible rhythm section. I especially enjoyed Ben Van Gelder, a student of Lee Konitz and Mark Turner who exhibited those players’ even attack but added personal touches of vibrato. Even more impressive was Van Gelder’s demeanor, which communicated comfort and time already spent on the bandstand. (Remember: The Monk contest is not a student competition, so professionalism is paramount.) At one point, gathering his thoughts before his next set of elegantly drawn lines, he let the rhythm section glide beneath him and looked on. After hearing so many players try to stuff every lick and scale they know into every chorus, the silence was revelatory. Van Gelder, like Aldana and some of the others, is a known entity among serious jazz observers in New York, but it didn’t matter; somehow, CVs fell away once the music began.

(The absence of alto saxophonist Grace Kelly at the semi-finals is worth noting here. Kelly, whose high profile initially raised questions about the competition’s application policies, was “unable to sign a mandatory contract commitment with Concord Music Group,” her stepfather and manager, Bob Kelly, wrote me in an e-mail. “According to the Monk Institute,” he continued, “she needed to sign this contract before the competition in order to compete. As her manager I advised Grace that she could not make the commitments that signing the contract would demand given her current situation.” At least one Monk winner, vocalist Cécile McLorin Salvant, was able to opt out of the Concord contract after winning; when I brought this up in a phone conversation, Kelly said he was unaware of this and that the Monk camp did not mention it.)

If the competition was marked by a certain technical perfection, the annual all-star gala concert, this year honoring Wayne Shorter and the late George Duke, was marked by a lack thereof. The Beltway icons and celebrities of years past-Aretha Franklin, Jennifer Hudson and Helen Mirren, to name a few-were absent, not that that was the problem: You could book a week-long festival using the jazz A-listers assembled on this night, and musical director John Beasley did admirable work thinking up ensembles and songs. A non-gala, pre-intermission blues set featuring Cassandra Wilson, Robben Ford and Marcus Miller, among others, didn’t make a ton of sense given the context of the evening, but it was compellingly performed and extended an olive branch to the layman-heavy audience. After the break, Kurt Elling asserted his virtuosity with his vocalese rendition of Shorter’s “Dolores Dream.” A band that might have been marketed as a major-label one-off in the ’90s-Branford Marsalis, Roy Hargrove, Herbie Hancock, John Patitucci and Terri Lyne Carrington-tackled Shorter’s “Fall” and “Footprints.” Within a limited time frame, jazz’s best working band, Shorter’s quartet with Danilo Pérez, Patitucci and Brian Blade, forewent abstract rumination and got busy with pointed rhythm and melody. All this was marvelous.

Elsewhere, the evening faltered-like when a band featuring Hargrove and Jimmy Heath went without a bassist for a painful stretch, or when Wayne Shorter was photographed with Hancock and, for reasons that escaped me, the vocal group Take 6 following his acceptance of a lifetime achievement award. More of the evening’s personnel trickled onto the stage for an impromptu photo session, which was cute and funny but indicative of the prevailing looseness. (Hancock, a genial and skilled emcee, remarked off-handedly at one point that it looked like he should start directing.) None of the flubs were deal breakers, but they were disappointing given the striking fluidity with which the gala typically runs. The event is a rare chance for jazz to feel prestigious and big-budgeted and even glitzy. When it’s cooking, it gives the competitors false hope for what lies ahead; this year it fell unfortunately closer to jazz’s current thrifty reality.

The Montclair Jazz Festival, produced by the Jazz House Kids organization and presented by BDP Holdings, has announced the lineup for its Downtown Jamboree, a … END_OF_DOCUMENT_TOKEN_TO_BE_REPLACED

“We like to bring music to Cleveland in the spirit of the great and incredible and wonderful Albert Ayler. Let’s get a round of applause … END_OF_DOCUMENT_TOKEN_TO_BE_REPLACED

The Kennedy Center in Washington, D.C. has just announced its 2022-2023 jazz season, which opens on October 16 with a special performance in the Concert … END_OF_DOCUMENT_TOKEN_TO_BE_REPLACED

The Hyde Park Jazz Festival has announced the lineup for its Sept. 24-25 event, with more than 30 performances to take place at various venues … END_OF_DOCUMENT_TOKEN_TO_BE_REPLACED