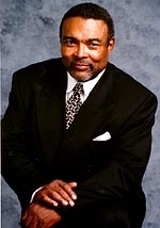 The storied composer and educator Wendell Logan, who founded the Department of Jazz Studies at the Oberlin Conservatory of Music, died at the Cleveland Clinic June 14. His death came just six weeks after dedication of the Bertram and Judith Kohl Building, an innovative, ultramodern structure on the Oberlin campus dedicated to jazz studies. Logan, who was 69, attended opening ceremonies featuring entertainment by Stevie Wonder and Bill Cosby there May 1 and at least got a chance to see the office where he was scheduled to keep hours befitting his status as Chairman of Jazz Studies and Professor of African-American Music. The lobby of the high-tech, $24-million Kohl Building is named after him.

Born Nov. 24, 1940 in Thomson, Ga., Wendell Morris Logan arrived in the northeast Ohio college community in 1973, when jazz was an extracurricular activity; the focus was on classical music. In 1989, after Logan designed its curriculum, jazz became a major. Two years later, Oberlin rules were rewritten to allow students to enroll on the basis of jazz talent. Now, the jazz faculty there spans eight professors including such luminaries as the saxophonist Gary Bartz, the guitarist Bobby Ferrazza, and trumpeter Marcus Belgrave.

“He was an incredibly strong presence and always extremely honest,” said Ferrazza, who worked with Logan for more than 20 years. “He didn’t have time for mincing words. Once you got to know him, you realized that was a really rare attribute, and you appreciated how profound his knowledge was and his desire to teach was. When you realized he had your best interests in mind, you were deeply affected by that.”

Throughout his career as composer, performer, and educator, Logan received numerous commissions and won many awards, including four from the National Endowment for the Arts, the Lakond Award from the American Academy of Arts and Letters, about a dozen from ASCAP, three Ohio Arts Council grants, and, in 1991, the prestigious Guggenheim Fellowship and the Cleveland Arts Prize in Music. In 1994, he was a fellow at the Rockefeller Foundation’s Bellagio Study and Conference Center in Italy. His instrument was the soprano saxophone (he also played trumpet), and he performed in Africa and the Caribbean, in Europe, and throughout the United States.

Logan was, above all, a mentor. Leon Dorsey, a bassist and arranger who in 1981 became the first student to graduate from the Oberlin Conservatory with a jazz degree-though one still tied to classical music-said Logan “was100 percent concerned with the music and whatever he felt you needed as a player…if he needed to chastise you, he would, but he didn’t needlessly criticize you without merit. At the same time, he would give praise when he thought it was happening. So in that sense, he was nurturing like your parents, but if you got out of line, or if it was required that you had to make some improvement or work on something, he’d suggest that you do that.” Dorsey served as music director for the Kohl Building dedication concert.

Logan earned a bachelor’s degree at Florida A&M University, a master’s in composition at Southern Illinois University Carbondale and a composition doctorate from the University of Iowa. Emil Danenberg, conservatory dean and later Oberlin College president, invited Logan to Oberlin in 1973, when jazz still was not considered a legitimate academic field. Logan, who considered jazz the classical music of African-Americans, spent the next 15 years developing a curriculum, and debuted a standalone jazz major in 1989.

Logan also founded several ensembles at Oberlin. The Oberlin Jazz Ensemble brought together classical performance majors and jazz majors; in 1985 the OJE made an extended tour of major cities in Brazil at the invitation of the United States Information Agency. The Oberlin Jazz Septet, featuring the best Oberlin students, has been featured at such venues as the Kennedy Center for the Performing Arts and the Detroit Jazz Festival. The Oberlin Jazz Faculty Octet was twice featured at conferences of the International Association of Jazz Educators, and in the 1990s released Hear and Now, an album of original compositions by Logan, Associate Professor of Jazz Guitar Ferrazza, and the late pianist Neal Creque. In 2007, Logan collaborated with his colleagues on the jazz studies faculty to produce Beauty Surrounds Us on the conservatory’s music label, Oberlin Music. It contains two Logan compositions,” Shoo Fly” and “Remembrances.”

Logan was indeed a busy man.

“Wendell was one of the strongest personalities,” recalled his friend and associate, the trumpeter Marcus Belgrave. “As he always said, he’s got that bite.” Even though Oberlin is a “pretty liberal” school-it was the first American institution of higher learning to admit women and African-Americans as students-Logan had to fight to establish jazz as an academic subject; the Conservatory was very classically oriented. “When he came, he wasn’t very impressed with their support, and he almost didn’t take the job,” Belgrave said. But Logan’s wife, Bettye, convinced him to stay on, “so he did and he did a marvelous job for 30-some years to put together a program and keep together a program.” Belgrave joined Oberlin’s jazz studies department some 10 years ago.

Logan “was very businesslike, always had in his mind what to do down the road,” Belgrave said. “That’s why I’m so proud of him, because he always had such a good vision of what he wanted to do. He felt jazz should be shared by everyone, so he focused on the music-Jimmy Heath, Gerald Wilson, people who’d always carried the torch of the music, and, of course Duke Ellington and Count Basie, but also some of the obscure writers. I guess his fun was researching. That’s sort of how he found me.”

“Wendell, to me, he’s like a father, an older brother, a mentor and a friend,” guitarist Ferrazza said a week after Logan’s death, still referring to Logan in the present tense. “You feel his spirit. Even when he was spending a lot of time in the hospital, all of Wendell’s friends and family were of the same spirit. It was bittersweet; time spent when he was sick in the last week really strengthened old friendships and even forged new friendships. That was one of the results of his spirit.”

Meghan Stabile, an innovative jazz promoter, producer, organizer, curator, and advocate who proudly adopted the New York Times’ description of her as a “modern impresario,” … END_OF_DOCUMENT_TOKEN_TO_BE_REPLACED

Grachan Moncur III, a trombonist and composer who forged a unique identity in the “new thing” of 1960s jazz, died in his longtime home city … END_OF_DOCUMENT_TOKEN_TO_BE_REPLACED

Charnett Moffett, a bassist and composer whose virtuosity on both electric (often fretless) and acoustic instruments was matched by his versatility, died April 11 at … END_OF_DOCUMENT_TOKEN_TO_BE_REPLACED

Ron Miles, a cornetist, composer, and educator who became a revered and innovative figure in jazz while maintaining a career in the far-flung state of … END_OF_DOCUMENT_TOKEN_TO_BE_REPLACED