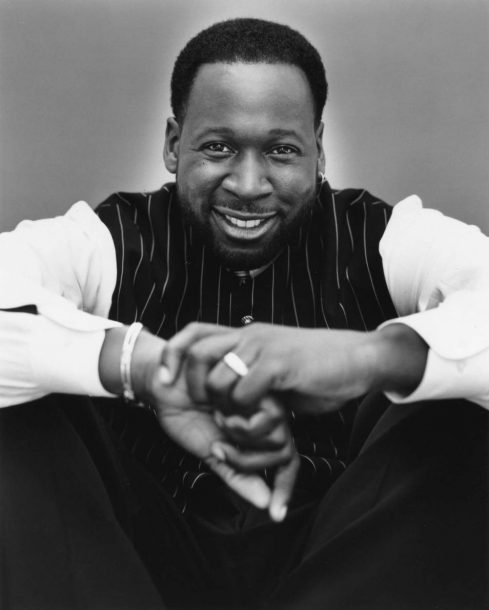 I can’t dunk a basketball. In spite of my 6-feet-3-inches height, I could barely do it in my prime. With no one else on the court, I would have to get a running start from the top of key, jump, stretch and maybe I’d manage to push the ball over the rim for an unimpressive dunk or “dink.” Most times I was rejected by a hoop just beyond my reach.

I was envious of Wayman Tisdale. I admit it. The fact that he could be so good in two divergent arenas is not only enviable but also nearly impossible. Consider this: Out of the untold millions of kids dribbling basketballs, fantasizing about sinking the last-second shot in a pro game, only a few will even get close to an NBA court. Wayman not only got close, when he stepped on the court, he was good. Very good.

How good was Wayman as a basketball player? He was a force. Stats help tell the story: 12,878 points and 5,117 rebounds in a 12-year NBA career with Indiana, Sacramento and Phoenix. In the 1984 Olympics, he won a gold medal and led the U.S. team in rebounds. But Wayman stood out most as a college athlete: three-time All-American at the University of Oklahoma, where from 1983-85 he set Sooner career records for points, rebounds, field goals and free throws. He was in fact the first freshman ever in collegiate history to be invited onto the All-America team, a three-time Big Eight Conference Player of the Year, and was inducted into the National Collegiate Basketball Hall of Fame in November.

When it was time to put the jersey away and start the next chapter of his professional life, he didn’t plaster the Wayman Tisdale brand on a car wash or an insurance agency, he went back to his first love, music. It’s hard to imagine a more natural transition for someone who had played the bass at his father’s church. After all, he hadn’t stopped playing at Pastor Tisdale’s Sunday services even while setting records in college. He had to return to music after his NBA career. No contest. When you discover music, you give your heart to it-voluntarily. When you can dunk in the eighth grade, basketball discovers you, whether you like it or not.

This is not to say that the transition from pro athlete to recording artist is a guaranteed one. Fame can either help or discredit. It would be easy to attribute Wayman’s success in music to his notoriety brought over from the NBA, but that would be a wrong assumption. Typically, the athletes who invite their fans to follow them across the street, from the sports arena to the concert hall, soon discover what a lonely walk it is. Athletes dream of being musicians (or rappers) while musicians aspire to be actors and actors want to save the planet. Easier said than done.

The music business has its own stats in the form of CD sales and radio airplay. Wayman enjoyed sales numbers for his recordings that most jazz artists dream about. He reached No. 1 on the Billboard contemporary jazz chart and his music was consistently in heavy rotation on smooth-jazz radio. He provided what the music industry needs to keep the big wheel turning: hits. Slam dunk.

Music industry stats, however, only give you a peek into his impact as a musician. Wayman had his own sound: a recognizable sound, which is rare for a bass player. Wayman’s plucked tone is widely imitated by other bass players, but it was his and his alone. He re-tuned the bass to step into the guitarist’s range but kept the aggressive attitude of a bass player (or power forward). His approach was melodic and brimming with church-nurtured soul, yet in your face.

Above all, what impressed me about Wayman was his attitude. In a business where more than a few artists are jaded, bitter or entitled, Wayman was genuinely joyful. This is no small matter. Given our celebrity-centric society, if anyone could exercise the right to be full of himself, it would be someone having excellent stats from both the NBA scoreboard and Billboard. Something about Wayman wouldn’t allow him to take that liberty, even though a certain measure of ego would have been accepted. Instead, he was so joyful and grateful that you could hear it in his super-sized funky recordings. You could also feel the joy when you were around him, usually in a hug that started from across the room. You could see it in his live performances, too-the ever-present smile of a big kid living his dream.

Meghan Stabile, an innovative jazz promoter, producer, organizer, curator, and advocate who proudly adopted the New York Times’ description of her as a “modern impresario,” … END_OF_DOCUMENT_TOKEN_TO_BE_REPLACED

Grachan Moncur III, a trombonist and composer who forged a unique identity in the “new thing” of 1960s jazz, died in his longtime home city … END_OF_DOCUMENT_TOKEN_TO_BE_REPLACED

Charnett Moffett, a bassist and composer whose virtuosity on both electric (often fretless) and acoustic instruments was matched by his versatility, died April 11 at … END_OF_DOCUMENT_TOKEN_TO_BE_REPLACED

Ron Miles, a cornetist, composer, and educator who became a revered and innovative figure in jazz while maintaining a career in the far-flung state of … END_OF_DOCUMENT_TOKEN_TO_BE_REPLACED