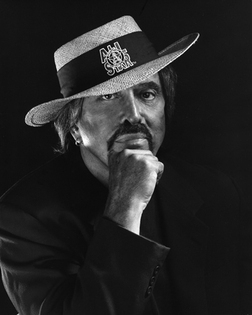 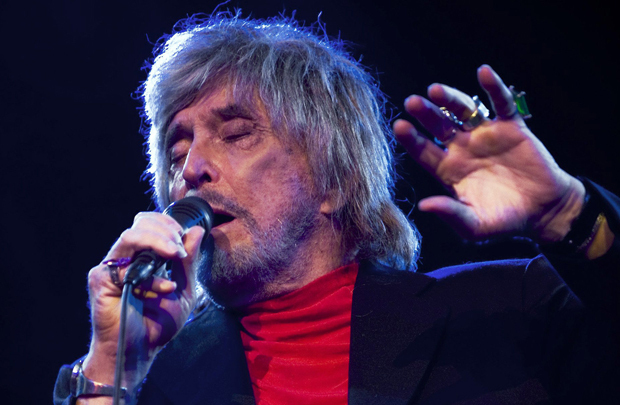 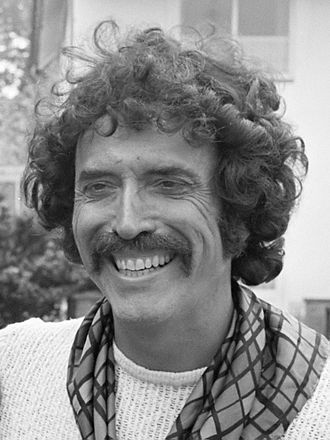 Vocalist Mark Murphy, a six-time Grammy nominee known for his improvisational skill and ability to interpret a wide range of song material, died yesterday, October 22, at the Lillian Booth Actors Home in Englewood, N.J. The cause of death was not reported, but it is known that Murphy, who was 83, had been ill for some time.

Murphy, who released more than four dozen albums in a career that spanned nearly six decades, took chances in his singing that often led to him being described as hip or eccentric. In a 2012 JazzTimes feature, singer Kurt Elling described Murphy’s style as “a very distinct and powerful spice, and not everyone’s ready for that.” Another singer, Sheila Jordan, said in the same piece, “He undresses himself emotionally” in his work.

Born March 14, 1932, in Fulton, N.Y., near Syracuse, Murphy was introduced to jazz through an uncle. Murphy’s brother, who led a local jazz band, allowed Murphy to sit in when he was young and Murphy turned professional upon graduating from Syracuse University in 1953. Encouragement from Sammy Davis Jr. convinced Murphy to move to New York, where he took odd jobs while singing at clubs.

In 1956, Murphy signed with Decca Records and released his debut album, Meet Mark Murphy, followed by Let Yourself Go. He then relocated to Los Angeles, recording three albums for Capitol. Those were followed by a pair of recordings for Riverside, including 1962’s That’s How I Love the Blues! Murphy, a baritone, drew from a wide variety of styles and sources, including ballads and blues, the Great American Songbook and Horace Silver compositions, veering daringly from traditional pop-jazz technique. A 2003 article in the SunSentinel said, “His approach explores the outer edges of bebop, experimenting with new formulas and musical mutations. Possessing a huge vocal range, Murphy also encompasses the full scope of vocal expression, from speech to intimate whispers to bleats and falsetto shrieks.”

With sales of his recordings lagging, Murphy settled in London in the early ’60s, where he became the first jazz singer to cover a Lennon-McCartney tune, “She Loves You,” included on 1964’s A Swingin’, Singin’ Affair. He remained in Europe for the next decade, working as an actor and recording for such British labels as Fontana and Immediate before returning to the States in 1973 and signing with the Muse label. Muse president Joe Fields’ unwavering belief in Murphy resulted in a total of 23 albums recorded for Muse and HighNote, Fields’ other label, into the early 2000s.Among the highlights of Murphy’s tenure with Muse was 1981’s Bop for Kerouac, which found the singer adapting the prose of the late author Jack Kerouac to song. A followup, Kerouac Then and Now, was released in 1986. Murphy also recorded Brazilian music and a Nat King Cole tribute album for Muse.

Ultimately, Murphy never placed an album or single onto the American Billboard charts, but he was a favorite of discerning jazz audiences that appreciated his adventurous way with a song, particularly his vocalese, and top musicians were ager to work with him in the studio.

In the 1990s, Murphy was championed by London-based DJ and music mogul Gilles Peterson and emerged as a darling of the acid-jazz crowd, building a fairly lucrative side career contributing vocals to club mixes. Murphy continued to work into his 80s, teaming with fellow singers Elling, Jon Hendricks and Kevin Mahogany as the Four Brothers, and collaborating with German trumpeter Till Brönner and other musicians. He makes a guest appearance on The Royal Bopsters Project, a new Motéma recording by Amy London, Darmon Meader, Dylan Pramuk and Holli Ross. In recent years, Murphy also cut albums for Verve and for self-release. His final album, A Beautiful Friendship: Remembering Shirley Horn, was released in 2013 on the Gearbox label.

Meghan Stabile, an innovative jazz promoter, producer, organizer, curator, and advocate who proudly adopted the New York Times’ description of her as a “modern impresario,” … END_OF_DOCUMENT_TOKEN_TO_BE_REPLACED

Grachan Moncur III, a trombonist and composer who forged a unique identity in the “new thing” of 1960s jazz, died in his longtime home city … END_OF_DOCUMENT_TOKEN_TO_BE_REPLACED

Charnett Moffett, a bassist and composer whose virtuosity on both electric (often fretless) and acoustic instruments was matched by his versatility, died April 11 at … END_OF_DOCUMENT_TOKEN_TO_BE_REPLACED

Ron Miles, a cornetist, composer, and educator who became a revered and innovative figure in jazz while maintaining a career in the far-flung state of … END_OF_DOCUMENT_TOKEN_TO_BE_REPLACED