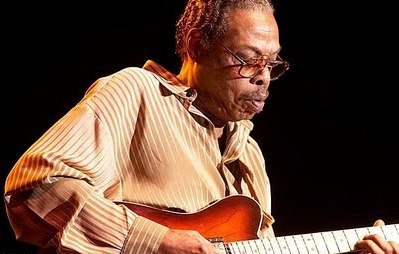 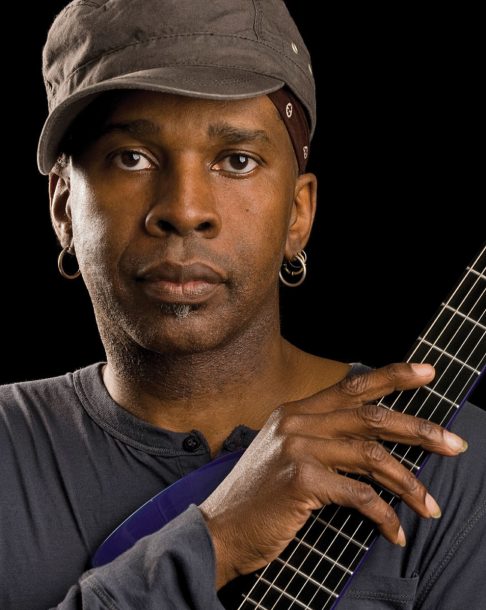 To me, the legendary guitarist Cornell Dupree, who was equally at home with R&B, jazz, rock and pop, embodied not only the pinnacle of professionalism and musical integrity; more than that, he totally personified the cool essence of soul music itself. Cornell enhanced the music of an astounding cross section of some of the most important artists at the heart of 20th-century American music.

I love the unapologetic blues tone he successfully piloted through tremendously sophisticated arrangements; in other words, Cornell’s Fort Worth, Texas, roots always showed through. Whether with Aretha or Miles, King Curtis, Paul Simon, Donny Hathaway or Bill Withers, Cornell Dupree brought his knowledge and love of blues to literally thousands of songs. I’m fascinated at how perfectly behind the beat Cornell’s phrasing was, and the way he wrung out every tone he needed from his guitar and Fender Twin amp with his hands alone, clean and straight up. No fuzz box needed.

Cornell Dupree was plugged into the very spirit of ’60s and ’70s soul. He was part of the incredible King Curtis band that included bassist Jerry Jemmott and Bernard “Pretty” Purdie on drums. I remember being astounded at King Curtis’ Memphis Soul Stew live album, recorded at the Fillmore West, at how incredibly wired the music felt. Cornell was equally at home onstage or in the studio. His guitar managed to propel the groove forward as well as carve out expressive solo spaces.

I remember seeing Cornell at the Bottom Line in New York City with the 1980s session supergroup Stuff. I was as excited to see him as I was to see any of my other guitar heroes. Cornell was beyond cool, and even though the music was not as cutting edge as King Crimson or Funkadelic-some of my favorite music at the time-I knew that I was going to get a thorough schooling from the preeminent master of the art of rhythm-and-blues guitar. A big part of what made the concert so interesting was the way Cornell interacted with the other guitarist in the group, the equally soulful Eric Gale, who was most famously featured on Grover Washington’s mega-hit “Mister Magic.” The interaction between Gale and Dupree was remarkable; the way each of them took and gave space was instructive, definitely informed by their years of experience in knowing how to arrange their playing so that the song always shone through most of all.

Cornell had a way of playing guitar that gave equal weight to single notes, chords and fragments of chords. He was a master of double stops, stacked thirds, octaves and sliding fourths. So many of the rhythmic licks that are standard guitarist practice in pop, R&B and funk were perfected, if not invented outright, by Mr. Dupree, who was part of an innovative generation of musicians who got on the inside of tunes and knew them sideways and backwards. He played with a force totally divorced from pedals and other enhancements.

Cornell Dupree, who to my ear got a great deal from both Charlie Christian and T-Bone Walker, served as a kind of beacon to the generations of artists and producers he lent his considerable talents to. Listening to him over many years in a variety of contexts really brought home to me that rhythm guitar is in many ways a more expressive art than single-note soloing; it certainly is more demanding, not only of skill, but of heart and mind. Cornell was determinedly selfless in his mastery of the guitar, lending his extraordinary perspective to more than 2,500 recordings, which is a staggering metric by which to measure an artist’s effect on the world. This world is certainly poorer for the loss of a truly unsung giant, the one and only Cornell Dupree!

Meghan Stabile, an innovative jazz promoter, producer, organizer, curator, and advocate who proudly adopted the New York Times’ description of her as a “modern impresario,” … END_OF_DOCUMENT_TOKEN_TO_BE_REPLACED

Grachan Moncur III, a trombonist and composer who forged a unique identity in the “new thing” of 1960s jazz, died in his longtime home city … END_OF_DOCUMENT_TOKEN_TO_BE_REPLACED

Charnett Moffett, a bassist and composer whose virtuosity on both electric (often fretless) and acoustic instruments was matched by his versatility, died April 11 at … END_OF_DOCUMENT_TOKEN_TO_BE_REPLACED

Ron Miles, a cornetist, composer, and educator who became a revered and innovative figure in jazz while maintaining a career in the far-flung state of … END_OF_DOCUMENT_TOKEN_TO_BE_REPLACED