Skip to content
Become a member and get exclusive access to articles, live sessions and more!
Start Your Free Trial
Home > Features > U. “Mandolin” Srinivas, McLaughlin Collaborator, Dies at 45 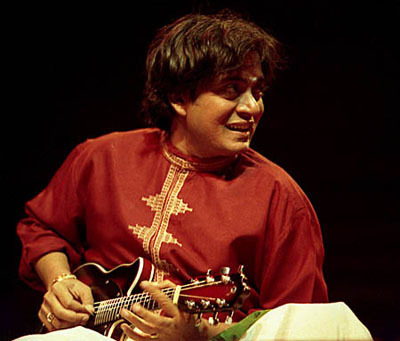 Uppalapu Srinivas, so closely associated with his instrument that he was known as Mandolin Srinivas in his native India-and as U. Srinivas in the jazz world-died in Chennai, India, Sept. 19. He was 45; the cause was a failed liver transplant.

Born February 28, 1969, in Palakol in Andhra Pradesh, India, Srinivas took up mandolin at a young age and studied in the Indian classical tradition-he was among the first to use the instrument to play Indian Carnatic music. His association with the jazz world was due primarily to his collaborations with English guitarist John McLaughlin, beginning in 1997, in the group Remember Shakti, which also included along with tablas player Zakir Hussain, singer Shankar Mahadevan and percussionist V. Selvaganesh. Srinivas played electric mandolin in the group.

Meghan Stabile, an innovative jazz promoter, producer, organizer, curator, and advocate who proudly adopted the New York Times’ description of her as a “modern impresario,” … END_OF_DOCUMENT_TOKEN_TO_BE_REPLACED

Grachan Moncur III, a trombonist and composer who forged a unique identity in the “new thing” of 1960s jazz, died in his longtime home city … END_OF_DOCUMENT_TOKEN_TO_BE_REPLACED

Charnett Moffett, a bassist and composer whose virtuosity on both electric (often fretless) and acoustic instruments was matched by his versatility, died April 11 at … END_OF_DOCUMENT_TOKEN_TO_BE_REPLACED

Ron Miles, a cornetist, composer, and educator who became a revered and innovative figure in jazz while maintaining a career in the far-flung state of … END_OF_DOCUMENT_TOKEN_TO_BE_REPLACED