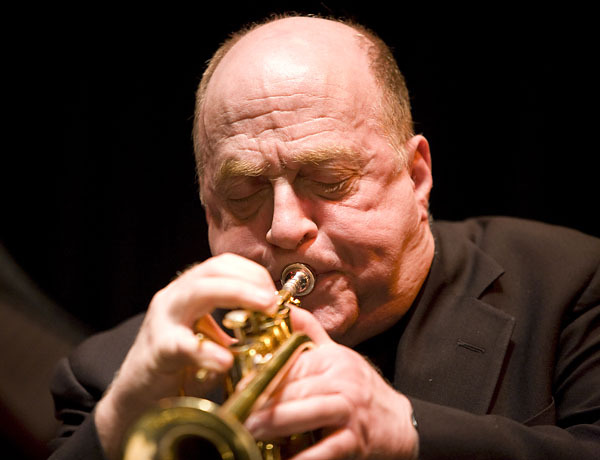 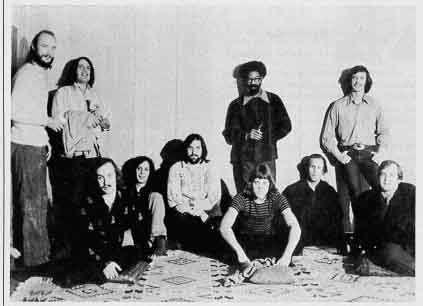 Blood, Sweat and Tears circa 1972. Lew Soloff is third from left 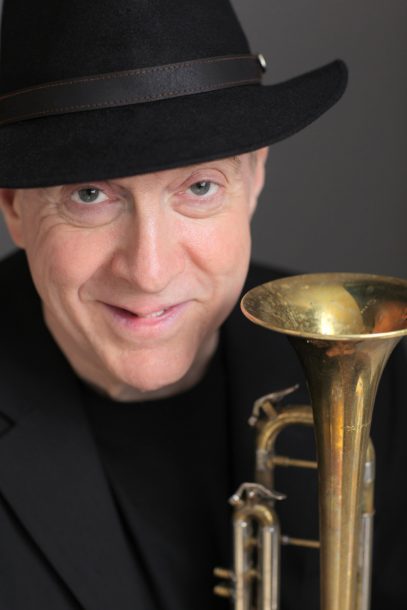 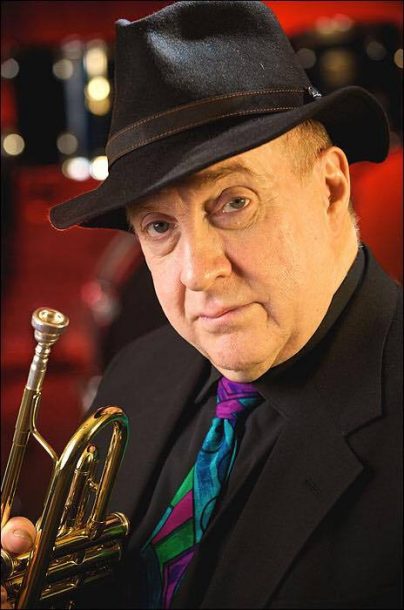 Lew Soloff, a fixture on the New York jazz scene for a half-century, and best known for his association with Blood, Sweat and Tears, died this morning, March 8, in New York City. His daughter, Laura Solomon, confirming Soloff’s death, stated on her Facebook page that he suffered a massive heart attack while returning home after eating dinner with his family. Soloff was 71.

Soloff was best known for his five-year stint with jazz-rock pioneers Blood, Sweat and Tears, which he joined in 1968. He was present on the group’s Grammy-winning self-titled second album, performing at Woodstock with the group and contributing prominently to the hit “Spinning Wheel.” He remained with BS&T until 1973, recording five albums in all with the band. He also contributed regularly to recordings by Gil Evans and Carla Bley and served as a sideman for many other artists, as well as recording several albums as a leader.

Born Lewis Soloff in Brooklyn, N.Y., on Feb. 20, 1944, Soloff was raised in Lakewood, N.J., where he first studied piano. He switched to trumpet at age10 and developed an interest in jazz. He attended Juilliard Preparatory, then the Eastman School of Music beginning in 1961, followed by a year in graduate school at Juilliard.

Soloff’s first professional association was with the Latin bandleader Machito, and in 1966 he joined Maynard Ferguson’s outfit. Soloff also played during this time in a big band co-led by Joe Henderson and Kenny Dorham, as well as with pianist/arranger Gil Evans, with whom Soloff would continue to collaborate until Evans’ death in 1988. Soloff also spent time during the late ’60s working with Tito Puente, Clark Terry, Eddie Palmieri and others, but it was his role as a core member of Blood, Sweat and Tears during that band’s commercial peak that brought him his greatest and most lasting recognition.

During the 1980s, Soloff was a member of the group Members Only and, beginning in 1983, the Manhattan Jazz Quintet, with which he recorded more than 20 albums (most for the Japanese market, where the group was extremely popular). He recorded nine albums as a leader, beginning with Hanalei Bay in 1986; the last was 2004’s Air on a G String.

As an educator, he was on the faculty of the Manhattan School of Music for nearly 20 years and served as an adjunct faculty member at Juilliard and the New School.

Meghan Stabile, an innovative jazz promoter, producer, organizer, curator, and advocate who proudly adopted the New York Times’ description of her as a “modern impresario,” … END_OF_DOCUMENT_TOKEN_TO_BE_REPLACED

Grachan Moncur III, a trombonist and composer who forged a unique identity in the “new thing” of 1960s jazz, died in his longtime home city … END_OF_DOCUMENT_TOKEN_TO_BE_REPLACED

Charnett Moffett, a bassist and composer whose virtuosity on both electric (often fretless) and acoustic instruments was matched by his versatility, died April 11 at … END_OF_DOCUMENT_TOKEN_TO_BE_REPLACED

Ron Miles, a cornetist, composer, and educator who became a revered and innovative figure in jazz while maintaining a career in the far-flung state of … END_OF_DOCUMENT_TOKEN_TO_BE_REPLACED