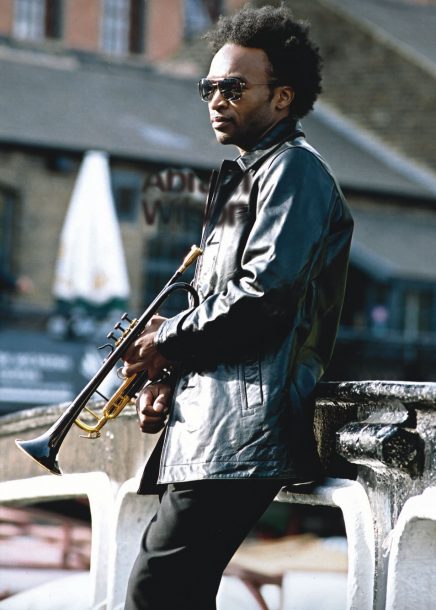 Abram Wilson, a trumpeter who was born in Arkansas, raised in New Orleans but had lived in London for the past decade, died of colon cancer June 9. He was 38. In a 2005 JazzTimes feature Wilson explained his relocation: “Miles Davis, Dexter Gordon and Quincy Jones came here and found a lot of success. I wanted to get my music into an international scene. I woke up one morning and said, ‘I want to go to Europe.'”

Wilson was also a vocalist whose style has been described as a cross between Nat King Cole and classic Motown.

Wilson was born Aug. 30, 1973 in Ft. Smith, Ark. His family moved to New Orleans when he was a child and Wilson began playing trumpet at age 9. He attended the New Orleans Center for Creative Arts and, at 17, won a scholarship to study classical trumpet at Ohio Wesleyan University. He then attended the Eastman School of Music at Rochester University in New York. His first major ongoing gig was with trumpeter Roy Hargrove’s big band, and he also worked with R&B vocalist Ruth Brown.

Wilson moved to London in 2002, where he played in pianist Julian Joseph’s big band, with bassist Gary Crosby’s group Nu Troop and in Crosby’s group Jazz Jamaica. Wilson also taught music in London schools. He released his debut album as a leader, Jazz Warrior, in 2004. He was also named assistant artistic director for an educational program called Tomorrow’s Warriors.

The Times obituary described his 2007 album Ride! Ferris Wheel to the Modern Day Delta as “a kind of jazz opera about a trumpeter who tries to escape his jazz roots to become a hip-hop megastar, but who returns to the fold in the end.” His final album was 2009’s Life Paintings.

Wilson was also the recipient of numerous awards in Britain, including a BBC award for the 2007 release.

Meghan Stabile, an innovative jazz promoter, producer, organizer, curator, and advocate who proudly adopted the New York Times’ description of her as a “modern impresario,” … END_OF_DOCUMENT_TOKEN_TO_BE_REPLACED

Grachan Moncur III, a trombonist and composer who forged a unique identity in the “new thing” of 1960s jazz, died in his longtime home city … END_OF_DOCUMENT_TOKEN_TO_BE_REPLACED

Charnett Moffett, a bassist and composer whose virtuosity on both electric (often fretless) and acoustic instruments was matched by his versatility, died April 11 at … END_OF_DOCUMENT_TOKEN_TO_BE_REPLACED

Ron Miles, a cornetist, composer, and educator who became a revered and innovative figure in jazz while maintaining a career in the far-flung state of … END_OF_DOCUMENT_TOKEN_TO_BE_REPLACED