Skip to content
Become a member and get exclusive access to articles, live sessions and more!
Start Your Free Trial
Home > Features > Toots Thielemans Dies at 94 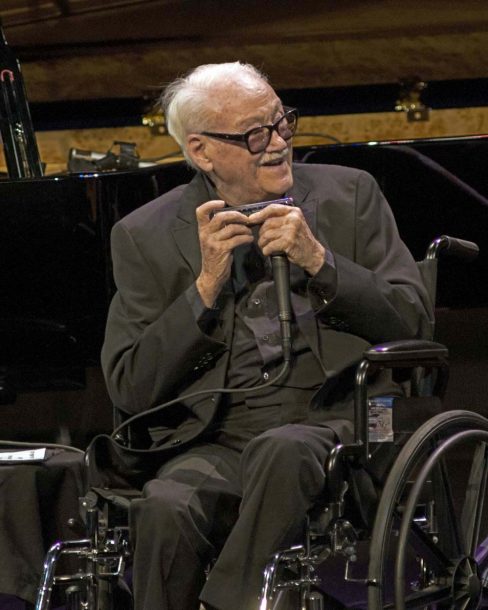 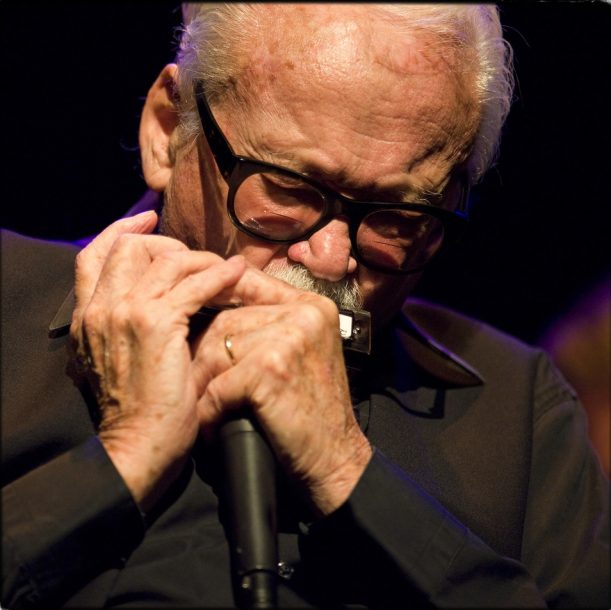 Toots Thielemans, the Belgian-born jazz harmonica master who, among many other gigs, played the harmonica on the Sesame Street theme song, died on Aug. 22 of old age, according to the Los Angeles Times. He was 94.

Born Jean-Baptiste Thielemans in Brussels on April 29, 1922, Thielemans’ first instrument was the accordion, which he picked up at the age of 3, after hearing it at his parents’ café in Brussels. Thielemans told Josef Woodard, for a 1998 profile in JazzTimes, that his first experience in hearing the harmonica was with Larry Adler. “I saw him in the movies when I was a kid, at 15 years old,” he said. “Then I bought a harmonica for fun. I didn’t know anything about jazz. I just listened to things like boogie-woogie.”

During the German occupation, Thielemans became captivated by jazz. “I started to listen to Django Reinhardt and Stéphane Grappelli,” he told Woodard. “Even during the German occupation, there were guys in Belgium who had all the records, even though jazz or American music was considered taboo.” Supposedly, he got his nickname “Toots” after alto saxophonist Toots Mondello and/or composer, arranger, trumpeter and record producer Toots Camarata.

In the late ’40s, Benny Goodman asked Thielemans to join his group, with whom Thielemans had been playing in Europe, but visa problems prevented the Belgian musician from coming to America until 1951. He eventually became an American citizen in 1958. One of his early jazz gigs in the U.S. was with Charlie Parker; he played with the iconic bebopper in Europe and later for a week-long stint at Philadelphia’s Earle Theater. Unfortunately, there are no recordings of those performances. “I have only dreams and memories,” Thielemans said. “And they were so nice to me. Miles used to tease me because I was a Caucasian. He was teasing me, ‘You’re so Caucasian.’ Bird would say, ‘Leave the white boy alone.’ That’s one fond memory. How can I forget that?”

During much of the ’50s Thielemans played with the George Shearing Quintet, mostly on guitar rather than harmonica. In 1961 he released his version of his composition “Bluesette,” to which Norman Gimbel later added lyrics. Eventually it became a jazz standard. Throughout the ’70s, Thielemans worked with Chet Baker, Bill Evans and other noted jazz artists, often through the auspices of producer and impresario Norman Granz.

Over the years, in addition to his work within the jazz world, Thielemans became a go-to session musician and was a soloist for multiple film scores, including Fred Neil’s “Everybody’s Talkin’,” from Midnight Cowboy, The Getaway, Sugarland Express, Turks Fruit and Jean de Florette, in addition to playing on the theme song to the hit television show Sesame Street. Thielemans played concerts and recorded with many noted jazz and pop artists including Ella Fitzgerald, Quincy Jones, Natalie Cole, Diana Krall, Johnny Mathis, Pat Metheny, Paul Simon and Billy Joel.

One of his most memorable, albeit short-lived, collaborations was with the mercurial electric bassist Jaco Pastorius. The bassist had just left Weather Report in 1979, and was appearing at the Berlin Jazz Festival. According to Thielemans, at a press conference at that festival, Pastorius was asked whom, out of all the artists on the festival program, he’d most like to form a duo with. “Get me Toots,” Thielemans recalled him saying. The two became close collaborators soon afterward, with Thielemans’ distinctive sound a key part of the Word of Mouth ensemble that recorded and toured in the early ’80s. When Thielemans had a stroke in 1981, Pastorius called him with a proposition. “At the hospital he called and said, ‘How you doin’ papa?'” recalled Thielemans. “I could have been his father. ‘You gotta get well. I’m writing new music for the kitchenette,'” which was Thielemans’ nickname for the band. “Then he asked me to join the Word of Mouth band on tour. Considering how wild he was then, I had to ask my doctor if I could go with this fellow on tour. And the doctor said, ‘Toots, that’s the best therapy for you now.’ I only have fond memories.”

Here is a clip of Thielemans and Pastorius playing “Sophisticated Lady”:

For the last few decades of his career, Thielemans played regularly with the pianist Kenny Werner, with whom he developed a very close musical and personal relationship. Among their recordings was Toots Thielemans and Kenny Werner for Verve (now Universal) in 2001.

In a post to his own Facebook page, Werner wrote: “I lost a great friend last night and the world lost one of the great musicians of all time. Toots was admired by artists of every genre of music. You cannot quantify or teach the emotional expression of a musical phrase that Toots could muster from his ‘chrome sandwich.’ He made that little instrument a gigantic force of the heart and in the process helped thousands of people to experience the tears of their soul. The melodic force of Toots’ voice may only be experienced in photographs now, through imitation. But I’m afraid it will be a lost art, much like Mel Lewis, Ornette Coleman or Billie Holiday. As time and music go on some things are gained but some important things are always lost.”

In addition to his harmonica playing, Thielemans became popular for developing a new sound by whistling and playing the guitar at the same time. This skill earned him gigs on many commercials, including his most popular, for an Old Spice advertisement.

In 2001, Thielemans was appointed the title of baron by Belgium’s King Albert II. That same year, he was named Professor Honoris Causa at two Belgian universities. In 2008, he earned the NEA 2009 Jazz Master Award, and in 2009 Thielemans received the Amsterdam Concertgebouw Jazz Award in the Netherlands.

“I am basically a melodic musician,” Thielemans told Woodard in 1998. “If I have one motto, it is that I am between a smile and a tear. It’s like a pastel color; it’s a mixture of fundamental colors.”

Meghan Stabile, an innovative jazz promoter, producer, organizer, curator, and advocate who proudly adopted the New York Times’ description of her as a “modern impresario,” … END_OF_DOCUMENT_TOKEN_TO_BE_REPLACED

Grachan Moncur III, a trombonist and composer who forged a unique identity in the “new thing” of 1960s jazz, died in his longtime home city … END_OF_DOCUMENT_TOKEN_TO_BE_REPLACED

Charnett Moffett, a bassist and composer whose virtuosity on both electric (often fretless) and acoustic instruments was matched by his versatility, died April 11 at … END_OF_DOCUMENT_TOKEN_TO_BE_REPLACED

Ron Miles, a cornetist, composer, and educator who became a revered and innovative figure in jazz while maintaining a career in the far-flung state of … END_OF_DOCUMENT_TOKEN_TO_BE_REPLACED