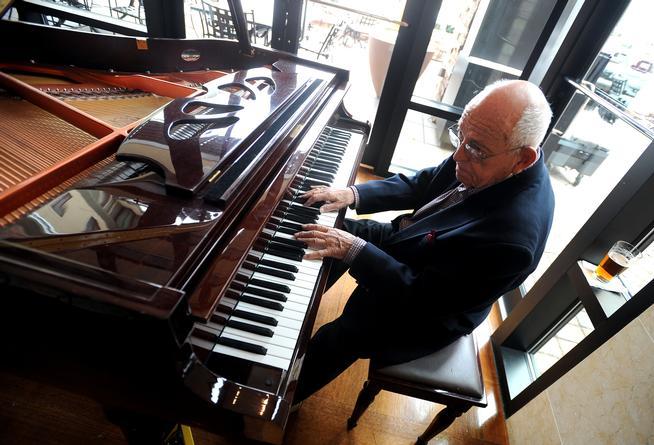 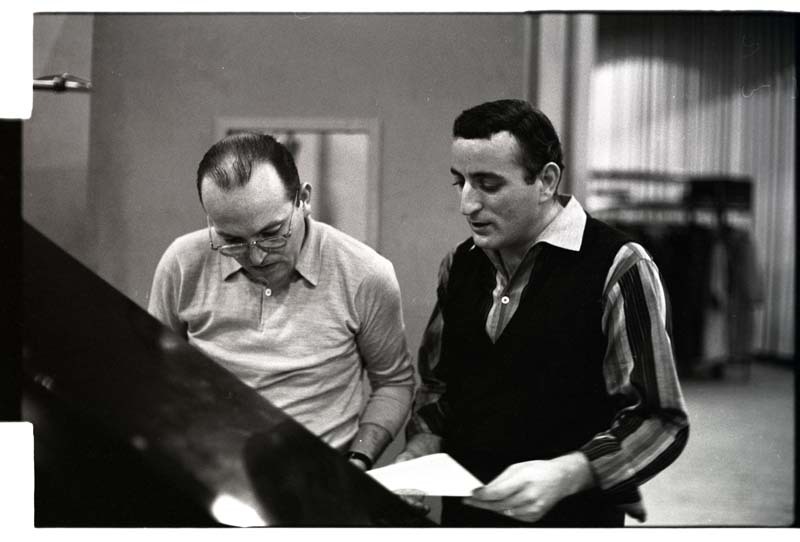 As with other artists, there’s always one song that’s bigger than any other song, and for me that was “I Left My Heart in San Francisco.” Ralph and I were down South rehearsing one day, and he said, “I have a song here that we might record.” He played it for me, and of all things, the bartender at rehearsal-we were in a club-came over and said, “I don’t mean to interrupt your rehearsal here, but if you guys record that song I’ll be the first one to buy that record.” That was the tip-off to us. And then we went to San Francisco, and at rehearsal there we started singing that before it was recorded, and everybody ran up to the stage and said, “You’ve got to record that song.” And it became my number-one song. Ralph Sharon had that song in his collection. He was responsible for me recording “I Left My Heart in San Francisco.”

Ralph was one of my favorite jazz artists who ever lived. He was from England, and worked with great orchestras there and also played with great small groups that played beautifully. He really was a true jazz artist: He lived to play jazz, and he was always looking for the right bass player and the right drummer. He really concentrated on having proper trios playing behind him. He was also a great orchestrator; he knew how to write big swing jazz charts.

He saw the way Columbia Records was originally just treating me as a pop artist, so that I could be another Frank Sinatra. Sinatra had left Columbia and I was there, and they wanted another singer like that. Ralph knew I was a jazz singer, and nobody at Columbia understood it. They wanted me to do commercial music all the time. And of course I had to be myself, and I was influenced by 52nd Street with all the great jazz artists there. So I always had my eye on being a jazz singer, and Ralph knew it, and he was always kind of confused about the fact that they didn’t present me that way. Ralph kept telling me, “You’re an automatic jazz artist, so don’t let anyone tell you you’re not doing it right.”

His influence was to never make a bad record: Don’t try and get a hit song even though it’s inferior; always look for intelligent lyrics, quality and songs that will last. [In terms of repertoire,] we were acting as a team all the time, and we made a lot of jazz albums with a lot of great jazz artists, and Ralph supervised all of that. I was the first white vocalist to sing with Count Basie.

There isn’t a day I don’t miss Ralph Sharon. We became a family, we became like brothers-I was as close to him as to anyone I’ve ever met. We did everything together. He understood me at all times. He knew just how to accompany me and make something believable and honest, and we made a lot of records. I love everything I did with him.

Meghan Stabile, an innovative jazz promoter, producer, organizer, curator, and advocate who proudly adopted the New York Times’ description of her as a “modern impresario,” … END_OF_DOCUMENT_TOKEN_TO_BE_REPLACED

Grachan Moncur III, a trombonist and composer who forged a unique identity in the “new thing” of 1960s jazz, died in his longtime home city … END_OF_DOCUMENT_TOKEN_TO_BE_REPLACED

Charnett Moffett, a bassist and composer whose virtuosity on both electric (often fretless) and acoustic instruments was matched by his versatility, died April 11 at … END_OF_DOCUMENT_TOKEN_TO_BE_REPLACED

Ron Miles, a cornetist, composer, and educator who became a revered and innovative figure in jazz while maintaining a career in the far-flung state of … END_OF_DOCUMENT_TOKEN_TO_BE_REPLACED