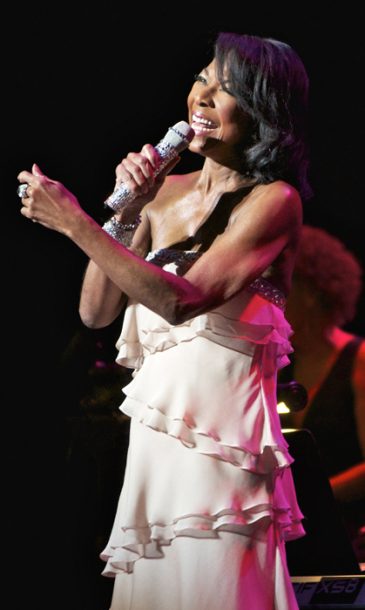 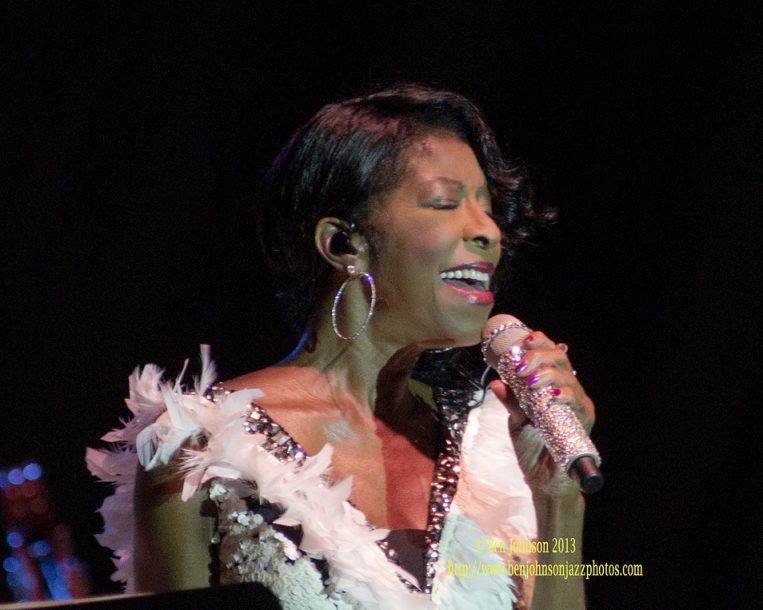 I met Natalie Cole when I was about 11 or 12 years old backstage at one of her shows. My aunt brought me to the show and talked her way backstage in order to introduce me. I was extremely shy and nervous, but Natalie welcomed us with open arms.

My aunt explained that I was a drumming prodigy she needed to know. Natalie smiled and said she looked forward to hearing me and hoped we would get to play together one day. We eventually did. This was the first major R&B concert I had ever attended and it left a lasting impression. Thanks to her, and Diana Ross, I too wanted to be a star.

A record I listened to often was Natalie, from 1976. I also listened to Thankful, and Natalie Live!, which was my very favorite from that time period. She was doing songs like “Lucy in the Sky With Diamonds,” and I had never heard some of those songs. She basically turned me on to the Beatles.

Of course her being the daughter of one of the greatest song stylists and pianists in the jazz/pop idiom is noteworthy, but it would not have mattered who her father was because she was great on her own. She asked me to do her Unforgettable… With Love tour. I was scheduled to do a summer tour with Stan Getz, and I knew he was sick. Then she called and asked me to do her tour. I called Stan to make sure he was still going out, and he said yes and even offered me a raise. But he passed away, and it was too late to join Natalie’s tour.

She had a superior instrument and was a “musician” with her voice. She was a singer’s singer for sure-respected by everyone. Her versatility was one of the things I loved about her. She was fluent: jazz, R&B, gospel, pop. She wanted to do a country record as her next record. She was a perfectionist with her craft and graciously shared her gift.

Her recording of Ellington’s “Come Sunday” on my current release, The Mosaic Project: Love and Soul, was a career highlight for me. I had sung the vocal on the demo track, and that’s what she heard. When she sang it, the track really popped. She took the melody and really made it her own. The thing that’s crazy to me is that she was very sick that day and had a really bad cold. She called before the session, and she told me she was coming but she was really sick. I told her I was calling on Jesus and Buddha and Allah and everybody else to make sure we had a great session anyway. And we did. Somehow she found her inner voice, her authentic voice, and you can’t even hear that she was sick.

I only dealt with her directly. She was very gracious. We emailed back and forth; I didn’t have to go through managers or anything like that. She understood that I was financing my own record. She just wanted to do it, so it wasn’t about the money. It was really special.

Portions of this tribute first appeared at Essence.com; used here with permission.

Meghan Stabile, an innovative jazz promoter, producer, organizer, curator, and advocate who proudly adopted the New York Times’ description of her as a “modern impresario,” … END_OF_DOCUMENT_TOKEN_TO_BE_REPLACED

Grachan Moncur III, a trombonist and composer who forged a unique identity in the “new thing” of 1960s jazz, died in his longtime home city … END_OF_DOCUMENT_TOKEN_TO_BE_REPLACED

Charnett Moffett, a bassist and composer whose virtuosity on both electric (often fretless) and acoustic instruments was matched by his versatility, died April 11 at … END_OF_DOCUMENT_TOKEN_TO_BE_REPLACED

Ron Miles, a cornetist, composer, and educator who became a revered and innovative figure in jazz while maintaining a career in the far-flung state of … END_OF_DOCUMENT_TOKEN_TO_BE_REPLACED