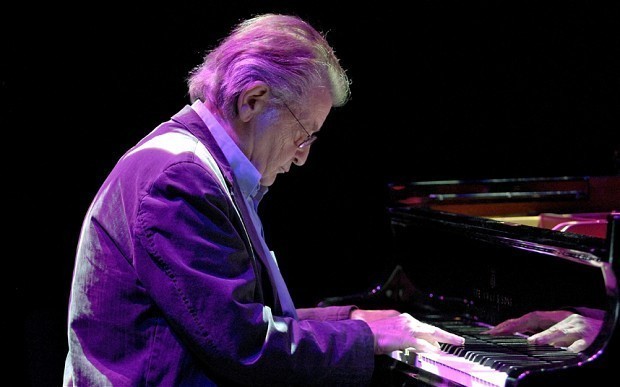 Stan Tracey, a British pianist and composer whose career spanned 70 years, died Dec. 6, according to his Facebook page. The cause of death was cancer; the place of death was not announced. Tracey was 86.

Best known for his 1965 album Jazz Suite Inspired by Dylan Thomas’ “Under Milk Wood”, Tracey was born on December 30, 1926, in Denmark Hill, South London. He began playing piano professionally in his teens and joined various groups in England. He toured the United States with Ronnie Scott and also with the Ted Heath Orchestra, supporting singer Carmen McRae. He later became the house pianist at Scott’s London jazz club.

Citing Duke Ellington and Thelonious Monk as influences, Tracey recorded several albums in different styles, in addition to the Thomas tribute, and accompanied Sonny Rollins on the soundtrack to the film Alfie.

Tracey was popular in India and the Middle East as well as Britain, and although he never gained wide recognition in the United States, he continued to perform in the U.K. until late in his life and was the subject of a BBC documentary.

Meghan Stabile, an innovative jazz promoter, producer, organizer, curator, and advocate who proudly adopted the New York Times’ description of her as a “modern impresario,” … END_OF_DOCUMENT_TOKEN_TO_BE_REPLACED

Grachan Moncur III, a trombonist and composer who forged a unique identity in the “new thing” of 1960s jazz, died in his longtime home city … END_OF_DOCUMENT_TOKEN_TO_BE_REPLACED

Charnett Moffett, a bassist and composer whose virtuosity on both electric (often fretless) and acoustic instruments was matched by his versatility, died April 11 at … END_OF_DOCUMENT_TOKEN_TO_BE_REPLACED

Ron Miles, a cornetist, composer, and educator who became a revered and innovative figure in jazz while maintaining a career in the far-flung state of … END_OF_DOCUMENT_TOKEN_TO_BE_REPLACED