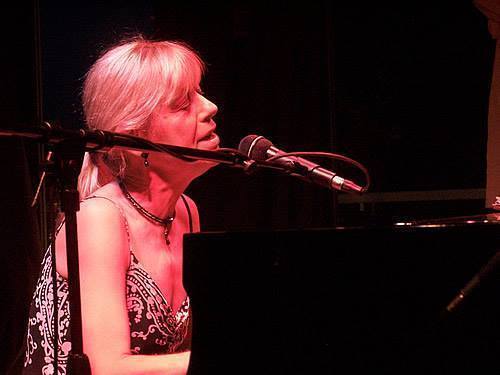 Vocalist and pianist Patti Wicks, who worked primarily in New York and Florida for more than four decades, recording a series of well-received albums and playing countless gigs, died March 7 in West Palm Beach, Fla. She was 69 and the cause was heart failure.

Born Patricia Ellen Chappell in Islip, N.Y., on Feb. 24, 1945, Wicks began playing piano at age 3 and later attended the Crane School of Music at SUNY Potsdam. Concentrating on classical piano but also heavily influenced by the jazz pianist Bill Evans, she turned professional and moved to New York City, playing mostly in small combos up and down the East Coast. She led her own trio, featuring at various times bassists Sam Jones, Richard Davis, Brian Torff and Mark Dresser, and drummers Curtis Boyd, Louis Hayes, Mickey Roker and Alan Dawson. She moved to Florida in the 1970s.

Wicks’ debut album as a leader, Room At The Top: The Patti Wicks Trio, was released in 1997, followed by Love Locked Out (2003), which featured Joe LaBarbera and Keeter Betts, Basic Feeling (2005), Italian Sessions (2007), It’s a Good Day (2008) and Dedicated To (2009). She appeared on Marian McPartland’s Piano Jazz program and at major festivals and clubs in the U.S. and abroad.

Charnett Moffett, a bassist and composer whose virtuosity on both electric (often fretless) and acoustic instruments was matched by his versatility, died April 11 at … END_OF_DOCUMENT_TOKEN_TO_BE_REPLACED

Ron Miles, a cornetist, composer, and educator who became a revered and innovative figure in jazz while maintaining a career in the far-flung state of … END_OF_DOCUMENT_TOKEN_TO_BE_REPLACED

Ernie Andrews, a deep-voiced singer who scored a major hit (1945’s “Soothe Me”) when he was still in his teens but remained perennially underrecognized by … END_OF_DOCUMENT_TOKEN_TO_BE_REPLACED

I’ve been playing the organ since I was 10 years old because I love the sound of the Hammond B-3. Once I heard Jimmy Smith … END_OF_DOCUMENT_TOKEN_TO_BE_REPLACED