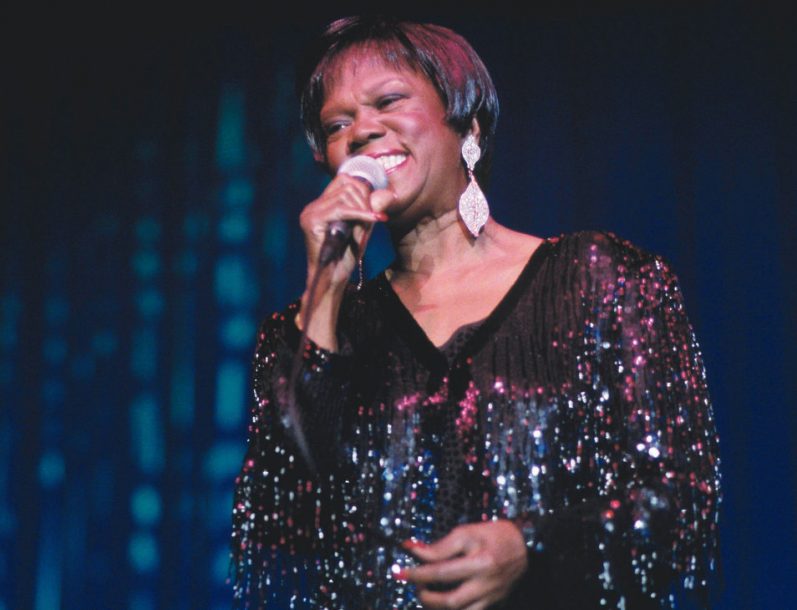 Vocalist Ernestine Anderson, whose six-decade career earned her four Grammy nominations, died March 10 in Shoreline, Wash. No cause of death was reported. Anderson was 87.

Anderson, who last released a new studio album in 2009, was described by Time magazine in 1958 as possessing a “voice, sweet and strong above the rhythm section, [that] curls around the lyrics like a husky caress.” The magazine named her “the best kept jazz secret in the land” and around the same time San Francisco jazz journalist Ralph J. Gleason called her “the best new jazz singer in a decade.”

Born in Houston, Tex., on Nov. 11, 1928, Anderson began singing gospel music in church before moving with her family to Seattle in 1944. Two years later she toured with R&B star Johnny Otis. She released her first single, “K.C. Lover”/”Good Lovin’ Babe,” in 1948 for the Black & White label and, in 1952, began working with Lionel Hampton, with whom she sang at President Dwight Eisenhower’s inauguration. Settling in New York, she sang on Gigi Gryce’s 1955 album Nica’s Tempo and released her own debut, Hot Cargo, the following year on Mercury Records. In 1959, Anderson relocated to Los Angeles, where she continued to record for Mercury.

Anderson split her time between Europe and the United States throughout the early 1960s, but when her star began to fade, she left the music business and took other jobs. She returned to singing in 1973 and an appearance at the Concord Jazz Festival led to a new deal with Concord Records, which brought her back into the spotlight. She ultimately recorded nearly 20 albums for the label over the next 17 years, two of which-Never Make Your Move Too Soon (1981) and Big City (1983)-were nominated for Grammys in the Best Jazz Vocal Performance category.

In 1993, Anderson signed with Quincy Jones’ Qwest label, and released Now and Then (1993). It, along with 1996’s Blues, Dues & Love News, was also nominated in that same Grammy category. Her final releases were for the HighNote label, including 2009’s A Song for You and the live Nightlife in 2011. Last year HighNote also released Ernestine Anderson Swings the Penthouse, a set of live recordings from 1962. Anderson toured internationally and played many of the great venues in the U.S., including Carnegie Hall and the Kennedy Center, as well as performing at major jazz festivals.

Meghan Stabile, an innovative jazz promoter, producer, organizer, curator, and advocate who proudly adopted the New York Times’ description of her as a “modern impresario,” … END_OF_DOCUMENT_TOKEN_TO_BE_REPLACED

Grachan Moncur III, a trombonist and composer who forged a unique identity in the “new thing” of 1960s jazz, died in his longtime home city … END_OF_DOCUMENT_TOKEN_TO_BE_REPLACED

Charnett Moffett, a bassist and composer whose virtuosity on both electric (often fretless) and acoustic instruments was matched by his versatility, died April 11 at … END_OF_DOCUMENT_TOKEN_TO_BE_REPLACED

Ron Miles, a cornetist, composer, and educator who became a revered and innovative figure in jazz while maintaining a career in the far-flung state of … END_OF_DOCUMENT_TOKEN_TO_BE_REPLACED