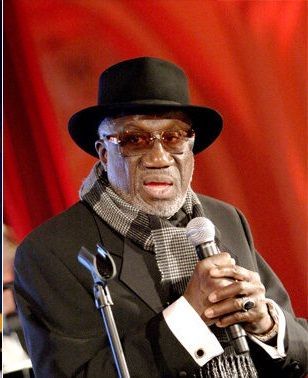 Vocalist Bill Henderson died of natural causes in Los Angeles on April 3, according to an official press release from his music publisher. In addition to his career in jazz, Henderson was also a successful actor. He was 90.

Born in Chicago on March 19, 1926, William Randall Henderson began singing at age 4. His career in music began in earnest during the 1950s, when he worked with Ramsey Lewis and other artists. Lewis was featured on Henderson’s debut album cut for Vee-Jay in 1958, Bill Henderson Sings. That same year, Henderson recorded the single “Señor Blues” with pianist Horace Silver, for Blue Note.

Henderson performed at the Playboy Jazz, Monterey Jazz and Litchfield Jazz festivals. He also appeared at the Kennedy Center, the Hotel Algonquin’s Oak Room and at Lincoln Center.

In his 80s, he released a self-produced album, Beautiful Memory, co-produced by Lynne Robin Green.

Meghan Stabile, an innovative jazz promoter, producer, organizer, curator, and advocate who proudly adopted the New York Times’ description of her as a “modern impresario,” … END_OF_DOCUMENT_TOKEN_TO_BE_REPLACED

Grachan Moncur III, a trombonist and composer who forged a unique identity in the “new thing” of 1960s jazz, died in his longtime home city … END_OF_DOCUMENT_TOKEN_TO_BE_REPLACED

Charnett Moffett, a bassist and composer whose virtuosity on both electric (often fretless) and acoustic instruments was matched by his versatility, died April 11 at … END_OF_DOCUMENT_TOKEN_TO_BE_REPLACED

Ron Miles, a cornetist, composer, and educator who became a revered and innovative figure in jazz while maintaining a career in the far-flung state of … END_OF_DOCUMENT_TOKEN_TO_BE_REPLACED