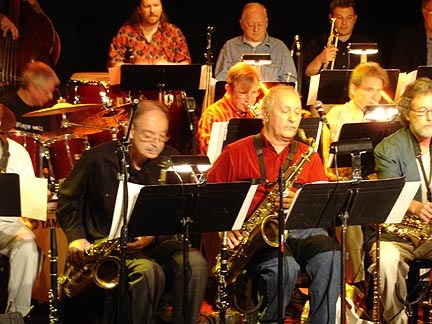 Sam Falzone, a saxophonist best known for his work with the Don Ellis Orchestra, died Sept. 22 in Getzville, N.Y., according to published obituaries in the Buffalo area. He was 79; a cause of death was not noted but Falzone had resided at Beechwood Continuing Care in Getzville.

Born Salvatore J. Falzone in Buffalo, he performed with the Air Force Band in Washington, D.C., in the 1950s. Then, after earning a degree in music education at Fredonia State College (where he majored in woodwinds, according to the Buffalo News), Falzone taught instrumental music in the Buffalo area.

Falzone relocated to California where he worked with musicians such as Benny Goodman, Lionel Hampton and Buddy Rich, performing on television programs and at festivals and concerts. He also recorded music for films, including The French Connection, according to the Buffalo News article.

In addition to playing with Ellis and appearing on several of the group’s recordings, Falzone also served as the orchestra’s road manager.

In the 1970s, Falzone lectured about music at Buffalo State University and led the Buffalo Jazz Workshop. In 1984, he earned a master’s degree and later led the university’s Jazz Ensemble and Jazz Improvisation Class. He also taught in Buffalo public schools for several years. Falzone later founded the Buffalo News Jazz at the Albright-Knox series.

In 1988 he released an album as a leader, The Music of Sam Falzone-A Family “Sweet.”

Meghan Stabile, an innovative jazz promoter, producer, organizer, curator, and advocate who proudly adopted the New York Times’ description of her as a “modern impresario,” … END_OF_DOCUMENT_TOKEN_TO_BE_REPLACED

Grachan Moncur III, a trombonist and composer who forged a unique identity in the “new thing” of 1960s jazz, died in his longtime home city … END_OF_DOCUMENT_TOKEN_TO_BE_REPLACED

Charnett Moffett, a bassist and composer whose virtuosity on both electric (often fretless) and acoustic instruments was matched by his versatility, died April 11 at … END_OF_DOCUMENT_TOKEN_TO_BE_REPLACED

Ron Miles, a cornetist, composer, and educator who became a revered and innovative figure in jazz while maintaining a career in the far-flung state of … END_OF_DOCUMENT_TOKEN_TO_BE_REPLACED