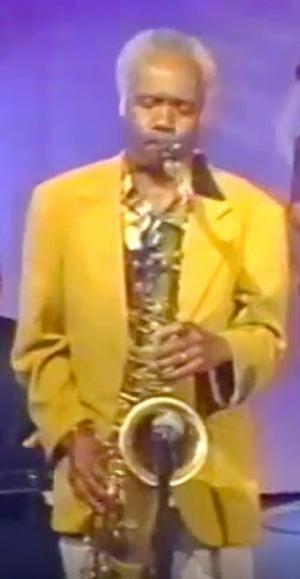 Saxophonist and flutist Harold Lomax Ousley, who worked in the hard bop and soul-jazz realms, died Aug. 13 of unknown causes. The place of death was also not disclosed.

As an educator, Ousley presented jazz programs to schools and became involved in the use of music as therapy. He appeared in the 1970 film Cotton Comes to Harlem (1970) and hosted his own early ’90s cable television show, Harold Ousley Presents.

He began recording as a leader in the 1960s, with the Tenor Sax album on Bethlehem. His last CD as a leader was Grit-Grittin’ Feelin’, on Delmark in 2000.

Meghan Stabile, an innovative jazz promoter, producer, organizer, curator, and advocate who proudly adopted the New York Times’ description of her as a “modern impresario,” … END_OF_DOCUMENT_TOKEN_TO_BE_REPLACED

Grachan Moncur III, a trombonist and composer who forged a unique identity in the “new thing” of 1960s jazz, died in his longtime home city … END_OF_DOCUMENT_TOKEN_TO_BE_REPLACED

Charnett Moffett, a bassist and composer whose virtuosity on both electric (often fretless) and acoustic instruments was matched by his versatility, died April 11 at … END_OF_DOCUMENT_TOKEN_TO_BE_REPLACED

Ron Miles, a cornetist, composer, and educator who became a revered and innovative figure in jazz while maintaining a career in the far-flung state of … END_OF_DOCUMENT_TOKEN_TO_BE_REPLACED