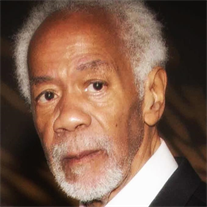 Saxophonist Edmund “Leon” Henderson, an important presence on the Detroit jazz scene in the 1960s and the youngest brother of tenor titan Joe Henderson, died of natural causes on the evening of Feb. 4-5. He was 75. He is perhaps best remembered for his contributions to the 1969 Blue Note LP Introducing Kenny Cox and the Contemporary Jazz Quintet. Two of his compositions, “Diahnn” and “Eclipse,” were included on that recording. One other tune from the LP made it onto Blue Note’s recent benefit project Detroit Jazz City.

Meghan Stabile, an innovative jazz promoter, producer, organizer, curator, and advocate who proudly adopted the New York Times’ description of her as a “modern impresario,” … END_OF_DOCUMENT_TOKEN_TO_BE_REPLACED

Grachan Moncur III, a trombonist and composer who forged a unique identity in the “new thing” of 1960s jazz, died in his longtime home city … END_OF_DOCUMENT_TOKEN_TO_BE_REPLACED

Charnett Moffett, a bassist and composer whose virtuosity on both electric (often fretless) and acoustic instruments was matched by his versatility, died April 11 at … END_OF_DOCUMENT_TOKEN_TO_BE_REPLACED

Ron Miles, a cornetist, composer, and educator who became a revered and innovative figure in jazz while maintaining a career in the far-flung state of … END_OF_DOCUMENT_TOKEN_TO_BE_REPLACED