Skip to content
Become a member and get exclusive access to articles, live sessions and more!
Start Your Free Trial
Home > Features > Sam Rivers Dies at 88 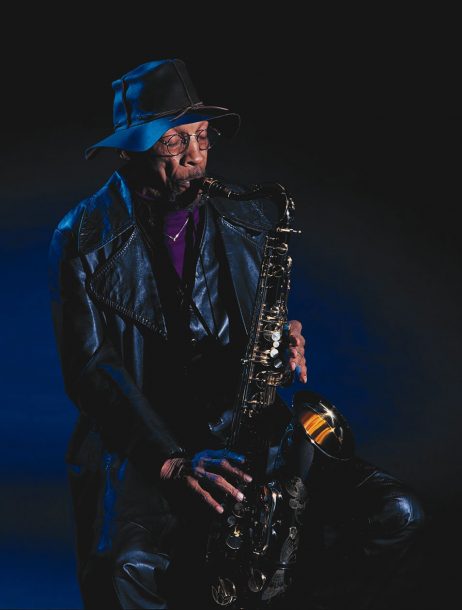 Sam Rivers, the multi-instrumentalist and bandleader who helped to define free jazz but whose compositions also embraced form and melody, died Dec. 26 in Orlando, Fla. He was 88. The cause of death, as reported by the Orlando Sentinel, was pneumonia.

Born in Oklahoma in 1923, Rivers, like so many other future jazz musicians, was raised on the music of the church, and his father was a gospel singer with the Fisk Jubilee Singers. Rivers’ mother taught music, and Rivers learned to play violin and piano as a child. The family lived in Chicago and Little Rock, but in 1947, Rivers, who ultimately played tenor and soprano saxophones (his primary instruments), flute, bass clarinet, piano and harmonica, moved to Boston, where he studied at the Boston Conservatory of Music and Boston University.

Early in his career, in the 1950s, Rivers played in trumpeter Herb Pomeroy’s band, alongside Quincy Jones and Jaki Byard. Rivers began to lead his own bands in the late ’50s, one of which included the teenaged drummer Tony Williams. Although he came up on bebop, Rivers took to jazz’s burgeoning avant-garde, aligning himself with the Jazz Composers’ Guild, along with such leading free-jazz figures as Cecil Taylor and Archie Shepp.

Rivers joined Miles Davis’ quintet briefly in 1964, appearing on his Miles in Tokyo album, but was replaced by Wayne Shorter when Davis felt Rivers’ playing was too free. That same year, Rivers released his highly regarded first album as a leader, Fuschia Swing Song, on Blue Note. (It includes one of Rivers’ best and most enduring compositions, “Beatrice.”) During the ’60s, Rivers also kept busy as a sideman, playing on recordings (most on Blue Note) by Andrew Hill, Cecil Taylor, Bobby Hutcherson, Larry Young and Williams. Rivers ultimately recorded four albums for Blue Note as a leader, which featured such top players as Byard, Young, Hill, Freddie Hubbard and Herbie Hancock. Rivers’ ’60s recordings, especially his debut and its follow-up, Contours, are essential listening: They showcase his remarkable ability to balance “inside” elements (the blues and hard bop) with the “outside” qualities (harmonic tension, dissonance) of the avant-garde.

Rivers signed with Impulse! Records in the ’70s, recording such highly regarded albums as Streams and Crystals. Rivers also made notable contributions to Dave Holland’s 1973 release Conference of the Birds, on ECM, which also included avant-garde pioneer Anthony Braxton. The drummer from that session, Barry Altschul, was, with Holland, part of a celebrated trio Rivers led in the ’70s. In late 1975, Holland and Rivers recorded a series of duet sessions, released on two albums on the Improvising Artists label. In 1979, Holland was part of the quartet that recorded Rivers’ ECM album Contrasts. During that same decade, Rivers and his then-wife Beatrice ran a loft performance space (first in Harlem and then in lower Manhattan) called Studio Rivbea; Rivers also led a big band he called the Rivbea Orchestra.

Rivers continued to record and perform prolifically for the rest of his life, both as leader and sideman. In the late ’80s the diverse player worked for some time with Dizzy Gillespie’s United Nation Big Band. In 1999 and 2000 Rivers released a pair of albums on RCA with the Rivbea All-Star Orchestra and in 2001, at age 77, he contributed saxophone to pianist Jason Moran’s Blue Note album Black Stars.

In his final two decades Rivers settled in Orlando, where he continued to perform with his big band and a trio featuring bassist Doug Mathews. He continued to compose elaborate, ambitious work and record it with a new version of the Rivbea Orchestra (some of Rivers’ musicians were students and teachers at local colleges, as well as players who made their livings performing at Disney World and other theme parks). Rivers composed more than 300 works during his career. This year Mosaic Select released Trilogy, a box set of recordings made by the Orlando group.

Just last year Rivers commented on his longevity. “I don’t know how to explain it, but at 87, I have greater musical powers than I did when I was 21,” he said in the liner notes for the Mosaic package. “These days all I do is practice and write. That’s as close to heaven as I can get, as a non-believer. There’s no such thing as retirement, anyway. Retirement? What is that? Who retires?”

The following is an official statement from the family of the late Elvin Jones, received at the JazzTimes office earlier today, December 14. The family … END_OF_DOCUMENT_TOKEN_TO_BE_REPLACED

David Ornette Cherry, a multi-instrumentalist, composer, and poet who worked to merge the jazz tradition with classical and various African and world music traditions, died … END_OF_DOCUMENT_TOKEN_TO_BE_REPLACED

Mick Goodrick, a guitarist and teacher who was arguably the most influential guitar pedagogue in the history of jazz, died November 16 at his home … END_OF_DOCUMENT_TOKEN_TO_BE_REPLACED

Terry Woodson, a trombonist, arranger, librarian, copyist, conductor, and record producer, passed away on October 19. A graduate of the University of Tulsa, he joined … END_OF_DOCUMENT_TOKEN_TO_BE_REPLACED