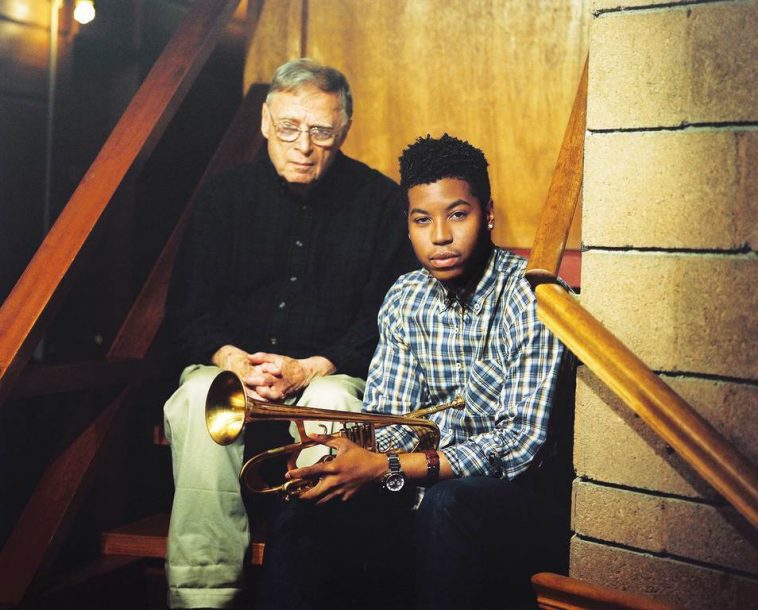 Rudy Van Gelder, the meticulous and innovative recording engineer whose Blue Note LPs of the 1950s and ’60s are regarded as some of the best sounding in all of jazz, died suddenly on Aug. 25 at his home in Englewood Cliffs, N.J. He was 91.

Working diligently to meet the demanding standards of Blue Note co-founder and producer Alfred Lion, Van Gelder recorded most of the label’s canonized LPs, first in his studio built into his parents’ home in Hackensack, N.J., and, beginning in 1959, at his own acoustically marvelous facility in Englewood Cliffs. Van Gelder also formed an enduring relationship with Bob Weinstock, head of the Prestige label, whose albums the engineer recorded concurrent to the Blue Note dates. While Van Gelder viewed the output of the two labels as similarly important-his goal as an engineer was always to capture the music with as much sincerity and accuracy as possible-jazz lore has formed the brands into a yin and yang of sorts: The Blue Note albums involved more original music, with rehearsal and the stringent, consistent oversight of Lion; Weinstock was more nonchalant, organizing what were essentially blowing sessions for some of the best musicians in jazz history, including Miles Davis and John Coltrane.

Van Gelder was later vital to producer Creed Taylor’s CTI label, helping to innovate the sonics of jazz-funk, world-influenced fusion and what would be termed contemporary or smooth jazz, and he helmed sessions for other labels like Verve, A&M, Concord Jazz and Impulse!-including John Coltrane’s totemic A Love Supreme session. “It was hypnotic. It was exciting. It was different. But I didn’t have those views when it was recorded,” he told the Wall Street Journal‘s Marc Myers. “I came to that realization only when I remastered the album for its digital reissue in 2002. You have to understand, I was busy making sure that the work was recorded perfectly.”

“Rudy was a true eccentric who followed his own path,” his friend and colleague, the jazz record producer Michael Cuscuna, wrote JT in an email. “Inspired by the live music experience, he sought to record jazz in a controlled environment as close to what it sounded like in person. He succeeded and completely redefined the way we hear recorded jazz, with power, detail and immediacy.”

A famously private man who rarely gave interviews and preferred not to speak in detail about his recording techniques, Van Gelder worked as an optometrist to support his engineering career and purchase equipment during the 1940s and ’50s. His trademarks were more philosophical than sound-specific, and he was probably more wide-ranging in his output and abilities than he is given credit for. He was adamant about being recognized as an engineer and not mistakenly as a producer-responsible for capturing the sound but not directing the musicians or making decisions about arrangements and more. Van Gelder was known to handle his equipment wearing gloves, and he made his own master recordings and worked on sequencing directly with his clients-an aberration that gave the engineer control over the technical process from start to finish. Revered as a master-documenter of bop-oriented combos, able to retain and clarify the communicative, interactive qualities of live jazz performance in the studio, Van Gelder could also produce classic recordings within the wilderness of a nightclub (see Art Blakey’s A Night at Birdland) or by using the isolation booths he built into his Englewood Cliffs facility at the urging of the pop-minded Creed Taylor.

Still, Van Gelder’s work betrayed certain sonic stamps, and he disclosed his recording “secrets” from time to time. Warmth and a sense of space defined his midcentury output, and he achieved those properties through mic placement that was far more intimate than that of other studio technicians at the time. His prescient use of the Neumann U-47 condenser microphone, re-engineered by a colleague to record at close range without distorting, was an essential element of the engineer’s signature, as was reverb.

There was, in the end, a great irony about the legacy that Van Gelder built. An early adopter of magnetic tape whose LPs were and are revered by audiophiles, he nonetheless became an advocate for the control and consistency of digital recording technology. “The linear storage of digital information is idealized. It can be perfect,” he told the magazine Audio in 1995. “The biggest distorter is the LP itself. I’ve made thousands of LP masters … and I’m glad to see the LP go. As far as I’m concerned, good riddance. It was a constant battle to try to make that music sound the way it should. It was never any good. And if people don’t like what they hear in digital, they should blame the engineer who did it. Blame the mastering house. Blame the mixing engineer.” At various points Van Gelder expressed disdain for the jazz record industry’s obsession with reissues marketed with the promise of “alternate takes” or, as he referred to them, the “rejected outtakes”; nevertheless, his RVG remastered series of CDs for Blue Note and Prestige was one of the most prominent and ambitious reissue programs in jazz.

Van Gelder is survived by a brother, Leon, according to the New York Times.

Meghan Stabile, an innovative jazz promoter, producer, organizer, curator, and advocate who proudly adopted the New York Times’ description of her as a “modern impresario,” … END_OF_DOCUMENT_TOKEN_TO_BE_REPLACED

Grachan Moncur III, a trombonist and composer who forged a unique identity in the “new thing” of 1960s jazz, died in his longtime home city … END_OF_DOCUMENT_TOKEN_TO_BE_REPLACED

Charnett Moffett, a bassist and composer whose virtuosity on both electric (often fretless) and acoustic instruments was matched by his versatility, died April 11 at … END_OF_DOCUMENT_TOKEN_TO_BE_REPLACED

Ron Miles, a cornetist, composer, and educator who became a revered and innovative figure in jazz while maintaining a career in the far-flung state of … END_OF_DOCUMENT_TOKEN_TO_BE_REPLACED