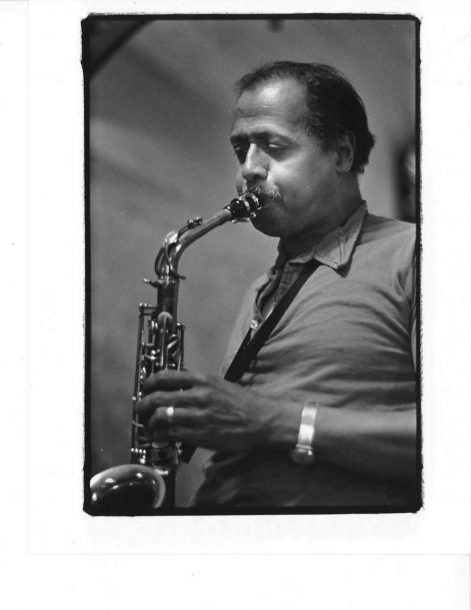 Edward Steichen once said that Roy DeCarava was one of the ten greatest living photographers in the world. He also sponsored him to be the first African-American photographer to receive a Guggenheim Fellowship in 1952.

When speaking of Roy DeCarava’s body of work, one cannot extricate him from race, time, and the community that produced him. DeCarava grew up in Harlem in the 1930’s and 40’s, post-Depression and the war years. It was not the segregated South, but it was the tacitly segregated North. He learned at an early age that he would have to be twice as good at his craft to be recognized. His talent enabled him to enroll in the prestigious art school, The Cooper Union. However, it was the Harlem Art Center that provided his most passionate training and where his talents took flight. He studied painting, drawing, and printmaking. He began taking photos to use as a reference, to copy from in his drawings and paintings, but he found he had a penchant for photography, and it soon took over.

DeCarava believed that the Black person has an affinity with photography, just as he has with jazz. The Black man finds jazz and photography suited to his instincts. Jazz, in its most exciting form, is an act of musical improvisation, an immediate creation, as is photography. But the ultimate element linking jazz, photography, and the Black creator is the element of reality. Jazz music emanates from the reality of the musicians’ life experiences.

In photography, there is the undeniable reality of the thing from which the lens and film take their image. Those realities eagerly welcome the embrace of the unguided reality of the Black man’s experience in a hostile racist environment.

The style DeCarava had evolved was a response to the rhythms and textures or urban life, and in particular to the Black experience in the cities of the East coast. “I don’t think of musicians as musicians, but as people and as workers.” Both music and photography are tonal art forms. “It’s those things about people that are subtle but characteristic, which most people wouldn’t photograph. But how do you make those work in a picture?” When you find it at the right moment, it is not only particular, it is universal. The only way to do this is to be in tune, to have the same sense of time that the subject has. This means you have to give yourself to the subject, to accept their sense of time.

I was first introduced to Roy DeCarava vicariously through his book The Sweet Flypaper of Life which he created with Langston Hughes. I grew up on the South Side of Chicago, and at age seventeen a fellow photographer, Robert Senstacke, showed me the work. I had never seen a book where black people were depicted in such a positive light. The caring and the feeling DeCarava had for people came through in these photographs. Prior to this, photographs in publications of the time came across as pure journalism – a matter-of-fact depiction of black people without any compassion. After that, my quest was clear: I would go to New York and one day seek out this man and study with him. Question was, how exactly would I do that? Within a year, circumstances led me to New York. I began studying and taking pictures while staying with family. At a house party one day, a chance encounter with a family friend, record producer and photographer Esmond Edwards, led to a conversation about Roy. I asked him if he knew Roy’s work, and to my amazement, he knew the man. They were friends. I asked him if he would write me a letter of recommendation, imagining that was protocol for someone of that stature. He looked at me in a peculiar way, and said no. “Just call him. He’s in the book. Mention my name.”

Sure enough, his number was in the book. I called, and as instructed, mentioned Esmond’s name. I explained I was a young photographer from Chicago and asked to show him my photographs. He invited me down to see him. I began preparing my portfolio. I didn’t have the means to dry mount the photos, so instead, I used a clothes iron to iron the photographs onto pieces of cardboard. I had 20 pieces of which I was proud.

The day arrived, and I was nervous. He lived in a loft on 6th Avenue, and I summoned up enough nerve to see him as scheduled. He liked the work I brought. I asked if I was on the right track. He replied, “Not only are you on the right track, you’re in the track.” I asked if I could come back from time to time and show him my work. He agreed and said that when I produce a larger body of photographs that I should come back. Before I had the chance, he called me a few weeks later. He asked if I was interested in attending The Cooper Union. I didn’t know what that meant, but if he was teaching there, I wanted to go. I spent a year studying with him there before he left to join the faculty at Hunter College.

The art world mourns the passing of a great artist. In particular, the Kamoinge workshop, of which Roy was the first president.

Frank Stewart is the Senior Staff Photographer for Jazz at Lincoln Center.

Meghan Stabile, an innovative jazz promoter, producer, organizer, curator, and advocate who proudly adopted the New York Times’ description of her as a “modern impresario,” … END_OF_DOCUMENT_TOKEN_TO_BE_REPLACED

Grachan Moncur III, a trombonist and composer who forged a unique identity in the “new thing” of 1960s jazz, died in his longtime home city … END_OF_DOCUMENT_TOKEN_TO_BE_REPLACED

Charnett Moffett, a bassist and composer whose virtuosity on both electric (often fretless) and acoustic instruments was matched by his versatility, died April 11 at … END_OF_DOCUMENT_TOKEN_TO_BE_REPLACED

Ron Miles, a cornetist, composer, and educator who became a revered and innovative figure in jazz while maintaining a career in the far-flung state of … END_OF_DOCUMENT_TOKEN_TO_BE_REPLACED