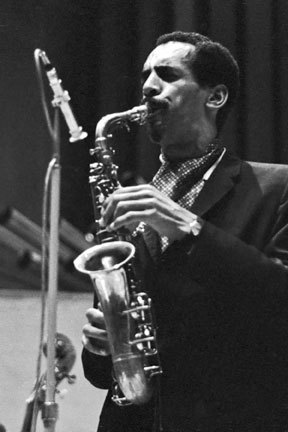 I first met saxophonist John Tchicai in the fall of 1963. I sat in with him on the advice of Don Cherry. We hit it off musically and personally; he had an original and passionate way of expression. He arranged for us to get together and rehearse with drummer Milford Graves, and I brought in bassist Lewis Worrell. John named it the New York Art Quartet, and by the fall of 1964 we were making our first recording, a self-titled album on ESP-Disk’. There was another recording in 1965, Mohawk, on Fontana, for which Reggie Workman replaced Lewis.

John invited me to his home in Copenhagen in the fall of that year, and that experience was very revealing: For the first time in my life, I got a feeling for what it was like being a jazz musician in Europe! In that context, a jazz musician was a state-supported artist, and employment was divided fairly evenly among members of the workforce. Also, I met older American masters there at the time, musicians I had always wanted to play with-and I did, all thanks to John. The New York Art Quartet broke up when John made a decision at the end of ’65 to stay in Europe. He invited us to move there, too.

The best we could do was make the 35th Reunion album on DIW, which also featured Amiri Baraka. (Amiri’s debut of his brilliant “Black Dada Nihilismus” was on that very first ESP recording.) That reunion project just further reinforced John’s great musical and artistic instincts. John Tchicai, a memorable stylist, is irreplaceable.

David Ornette Cherry, a multi-instrumentalist, composer, and poet who worked to merge the jazz tradition with classical and various African and world music traditions, died … END_OF_DOCUMENT_TOKEN_TO_BE_REPLACED

Mick Goodrick, a guitarist and teacher who was arguably the most influential guitar pedagogue in the history of jazz, died November 16 at his home … END_OF_DOCUMENT_TOKEN_TO_BE_REPLACED

Terry Woodson, a trombonist, arranger, librarian, copyist, conductor, and record producer, passed away on October 19. A graduate of the University of Tulsa, he joined … END_OF_DOCUMENT_TOKEN_TO_BE_REPLACED

Ronnie Cuber, a baritone saxophonist with a wide and versatile range on his instrument, died October 8 at his studio in New York City. He … END_OF_DOCUMENT_TOKEN_TO_BE_REPLACED