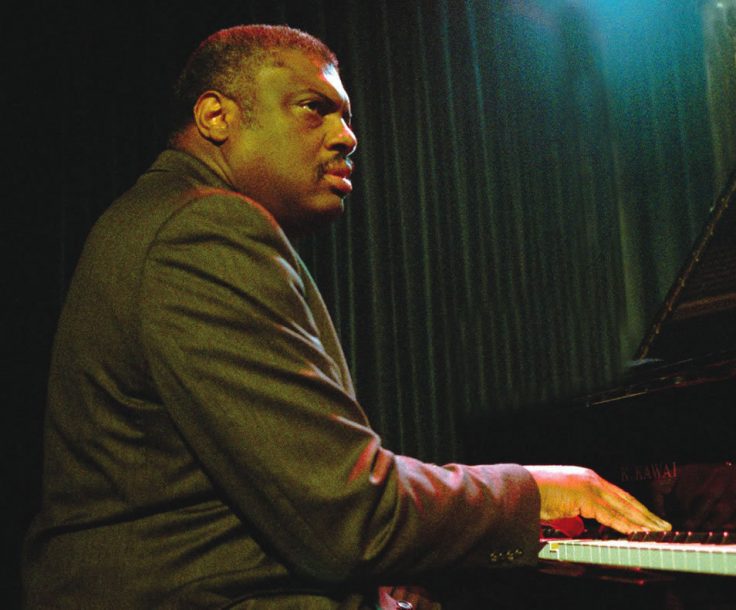 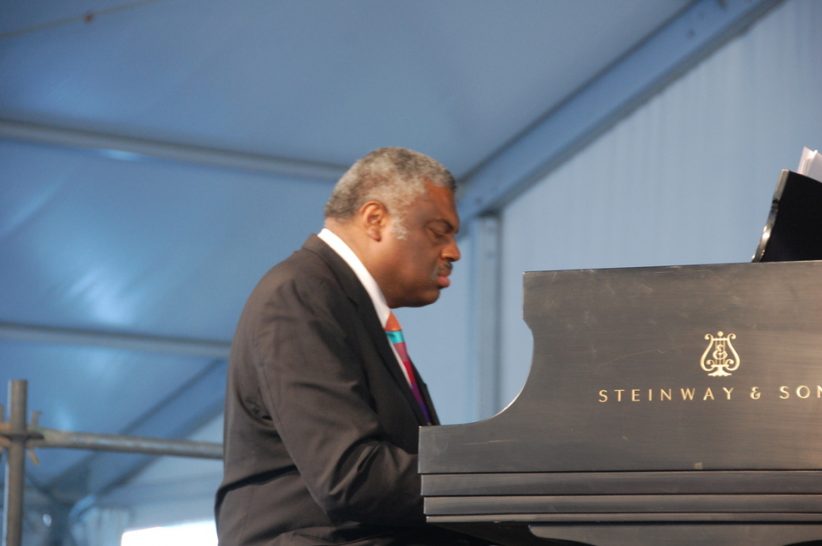 When I’m asked in an interview, “What are you listening to?” or “Who are your influences?” I always shout Mulgrew Miller out. Mulgrew had a way of making something out of nothing. Just his way of approaching certain things, they’re so fresh and so out of the box-you’re looking at him going, “Why did you do that?”

He was always in the moment. I’ve heard Mulgrew mess up before, and he goes, “Oops, there it is!” And just keeps playing. That’s inspiring! You see somebody fall and get up, and that lets you know, “Oh, I can fall and get up!” It gives you that extra push, and Mulgrew was the epitome of that.

He was deeply rooted in the tradition and yet was so far ahead. And he had a language that no one else has: Mulgrew has played things on the piano that I have literally never heard another pianist play. There aren’t many instrumentalists in general, let alone pianists, of whom you can say, “This sound doesn’t exist outside of him.”

He gave me one lesson, when I was in 11th grade. I was at a jazz camp in Colorado, and Mulgrew was one of the artists in residence. I’ll never forget: I was walking down the hall, saw Mulgrew coming toward me, and I ran up and physically pushed him into a practice room and said, “Please, show me something!” We ended up having a good 30-to-45-minute lesson right there on the spot.

A few years later he was playing at a [conference of the International Association for Jazz Education]. It was one of the main concerts, playing to a few thousand people. Mulgrew played some of the best stuff he’s probably ever played. It was amazing. And at the very end of the concert, when everybody was clapping, he said, “Thank you!” And he looked into the audience and saw me and said, “Robert Glasper!” I think I might have fainted. I was still in college! Nobody knew who I was. But he was so encouraging, and it was never one of those things where he didn’t have time; he always made time.

In these last three years, I’ve been making these albums that are not straightahead jazz-my Black Radio projects. But when Black Radio first came out, somebody interviewed Mulgrew about me, and he said something like, “You know, it’s not my cup of tea but I’m glad he’s pushing the music. I’m not supposed to understand everything he’s doing. We’re different generations.” He could have just said, “I didn’t like it,” and left it at that. That he could acknowledge that it wasn’t his thing but that I was doing what I was supposed to be doing gave me so much respect for him.

The crazy thing is, his last trio was Derrick Hodge on bass and Karriem Riggins on drums. In May, I was in L.A. producing a session for Jill Scott, and Derrick was with me on bass; Karriem was also in L.A., and came by the studio just to hang out. That was the morning we found out that Mulgrew had passed, and at that moment I was hanging out with his rhythm section. That we all happened to be together, it was almost like it was supposed to happen like this-so we could celebrate his life.

Meghan Stabile, an innovative jazz promoter, producer, organizer, curator, and advocate who proudly adopted the New York Times’ description of her as a “modern impresario,” … END_OF_DOCUMENT_TOKEN_TO_BE_REPLACED

Grachan Moncur III, a trombonist and composer who forged a unique identity in the “new thing” of 1960s jazz, died in his longtime home city … END_OF_DOCUMENT_TOKEN_TO_BE_REPLACED

Charnett Moffett, a bassist and composer whose virtuosity on both electric (often fretless) and acoustic instruments was matched by his versatility, died April 11 at … END_OF_DOCUMENT_TOKEN_TO_BE_REPLACED

Ron Miles, a cornetist, composer, and educator who became a revered and innovative figure in jazz while maintaining a career in the far-flung state of … END_OF_DOCUMENT_TOKEN_TO_BE_REPLACED