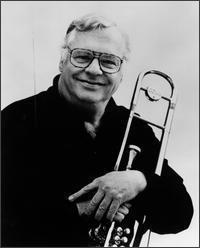 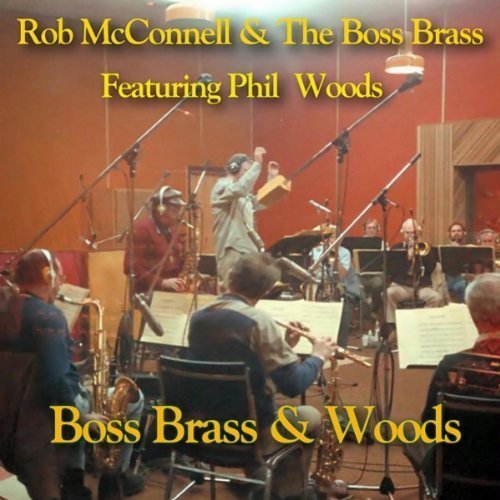 Rob McConnell, a Canadian valve trombonist, arranger and bandleader, died on May 1 of liver cancer. He was 75.

Robert Murray Gordon McConnell was born on February 14, 1935 in London, Ontario. He studied music with a variety of jazz artists and instructors, including Don Thompson, Maynard Ferguson and Gordon Delamont.

McConnell was perhaps best known as leader of the Boss Brass ensemble, a long-running big band that released over a dozen recordings and performed at clubs, theaters and festivals all over the world. Originally formed in 1968, the group also backed various artists including Mel Torme. Many of Canada’s most accomplished jazz musicians passed through the band, including Ed Bickert, Don Thompson, Terry Clarke, Ian McDougall, Moe Koffman, Sam Noto, Guido Basso and Rick Wilkins.

Over the years, the group was nominated for several Grammy awards and at least three Juno awards. McConnell also led the Rob McConnell Tentet with whom he recorded numerous albums. McConnell was very proud of both bands and its members. Most of their albums featured liner notes written by McConnell who often used the opportunity to single out and praise his bandmembers and collaborators.

McConnell was inducted into the Canadian Music Hall of Fame in 1997 and was made an Officer of the Order of Canada in 1998.

Ross Porter, longtime Canadian radio broadcaster and CEO of JAZZ.FM, said about McConnell: “One of our greatest gifts to music. His stature, talent and importance in Canadian jazz ranks with that of Oscar Peterson. He was a consummate professional, a difficult task masker and an arranger of the highest order……and one heck of a trombone player.”

In memory of his life and career, Porter’s JAZZ.FM91 will be featuring special programming this evening, Monday, May 3rd. At 8PM, JAZZ.FM91 will be airing an hour-long feature documentary, Rob McConnell: The Boss of the Boss Brass from JAZZ.FM91’s Canadian Jazz Documentary Series.At 9PM, there will be an encore presentation of Rob McConnell and The Boss Brass – One More Time, recorded at The Old Mill Inn in December 2008. You can listen online at the JAZZ.FM web site.

Neil Portnow, president and CEO of the Recording Academy, issued this statement about McConnell and his legacy: “Three-time GRAMMY® winner Rob McConnell was a true renaissance man in the genre of jazz. A trombonist, bandleader, composer/arranger, songwriter, and music educator, he wore many hats and all contributed to his great body of work and his unwavering devotion to the music he loved. His sense of storytelling and humor infused his dynamic career, which will be remembered and appreciated for generations to come. Our heartfelt condolences go out to his family, his friends, and all who have enjoyed his music.”

Meghan Stabile, an innovative jazz promoter, producer, organizer, curator, and advocate who proudly adopted the New York Times’ description of her as a “modern impresario,” … END_OF_DOCUMENT_TOKEN_TO_BE_REPLACED

Grachan Moncur III, a trombonist and composer who forged a unique identity in the “new thing” of 1960s jazz, died in his longtime home city … END_OF_DOCUMENT_TOKEN_TO_BE_REPLACED

Charnett Moffett, a bassist and composer whose virtuosity on both electric (often fretless) and acoustic instruments was matched by his versatility, died April 11 at … END_OF_DOCUMENT_TOKEN_TO_BE_REPLACED

Ron Miles, a cornetist, composer, and educator who became a revered and innovative figure in jazz while maintaining a career in the far-flung state of … END_OF_DOCUMENT_TOKEN_TO_BE_REPLACED