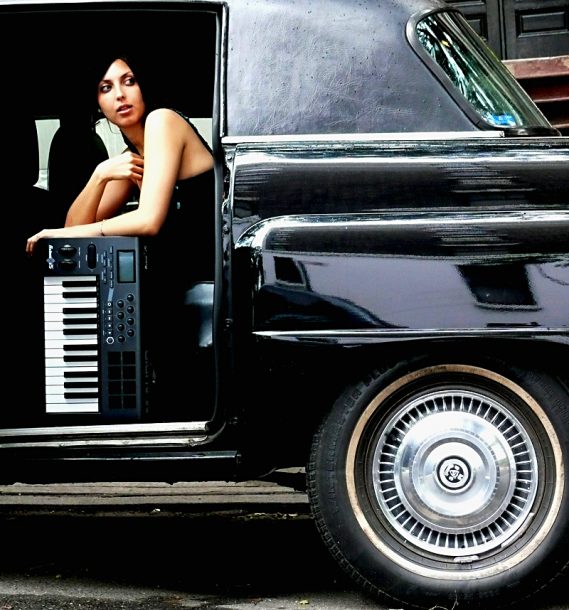 Throughout this October issue and annual Education Guide supplement, there’s a running theme that centers on maximizing one’s potential, on hard-won achievement in the name of better musical understanding. You can hear it in Bill Milkowski’s marathon Q&A with Branford Marsalis, where the saxophonist talks about the tough love he received from Art Blakey. It’s all over Giovanni Russonello’s profiles of Christian Scott and Jason Moran-the former further honing his harmonic innovations and narrative approach to composition; the latter working tirelessly at his multidisciplinary artistic pursuits, teaching duties and newfound institutional responsibilities. And on it goes.

Pianist Shimrit Shoshan, who died on Aug. 19 in New York, didn’t have the lifetime she deserved in order to maximize her potential; she was only 29 when she suffered cardiac arrest and passed-still a child in jazz years. But what years she had she spent exceedingly well, making terrific music with stellar support. (If you need confirmation, she left us a document: Keep It Movin’, her 2010 leader debut, featuring Eric McPherson, Abraham Burton, John Hébert and Luques Curtis.) And as her memorial at Smalls in the West Village on Aug. 26 argued, her personal effect on people was joyful and important and enduring.

The room was packed that Sunday, from front to back and up through the stairwell, with friends including some of the best musicians in New York or elsewhere. (I sat not far from the piano, next to Billy Harper and Mike Moreno.) Tactfully hosted by Smalls partner and manager Spike Wilner, the program began with traditional prayers led by a rabbi and proceeded through many heartfelt tributes-spoken, sung and played.

Jazz culture is, of course, no stranger to memorial services. But this one felt different, hued with a deeper sadness. A wide cast of eulogizers, among them Joe Sanders, Harold O’Neal, Yotam Silberstein, Jason Lindner and Billy Kaye, played music alternately solemn and cute, impressionistic and swinging, cerebral and folklike. But all of it was shrouded with a sense of certified tragedy. A couple of comrades helped break the clouds: pianist Ehud Asherie, who remembered Shoshan as one of his only jazz-musician friends who’d go to the beach with him, and bassist Ari Roland, whose unfeigned address encouraged Shoshan’s mourners to focus on the life she lived rather than the life she missed. It was an essential reminder.

Meghan Stabile, an innovative jazz promoter, producer, organizer, curator, and advocate who proudly adopted the New York Times’ description of her as a “modern impresario,” … END_OF_DOCUMENT_TOKEN_TO_BE_REPLACED

Grachan Moncur III, a trombonist and composer who forged a unique identity in the “new thing” of 1960s jazz, died in his longtime home city … END_OF_DOCUMENT_TOKEN_TO_BE_REPLACED

Charnett Moffett, a bassist and composer whose virtuosity on both electric (often fretless) and acoustic instruments was matched by his versatility, died April 11 at … END_OF_DOCUMENT_TOKEN_TO_BE_REPLACED

Ron Miles, a cornetist, composer, and educator who became a revered and innovative figure in jazz while maintaining a career in the far-flung state of … END_OF_DOCUMENT_TOKEN_TO_BE_REPLACED