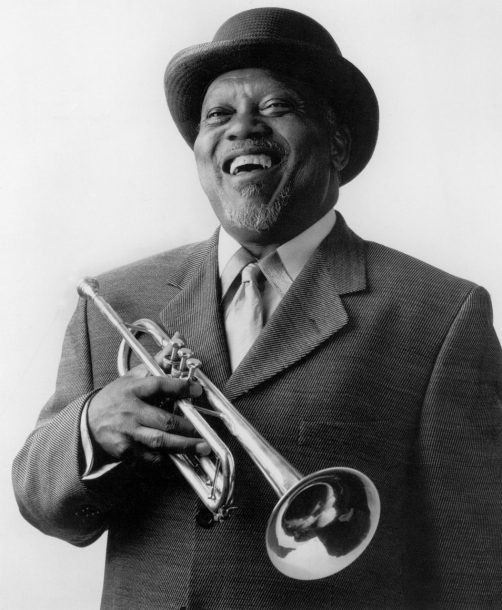 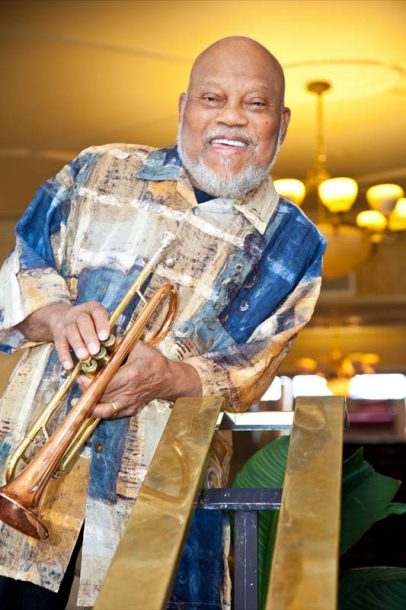 Marcus had another kind of energy. Sometimes I didn’t even think of him as being of us; he was like a character out of Star Wars. He recorded with me not that long ago, and he had way more energy than most people I know, and a clarity and discipline that was beyond as well. He always seemed to know how to focus and center himself. He could do a session all day and then go hang and play all night and be fresher the next day than everyone who got eight hours of sleep. There was this otherness about him. He didn’t care if you were trying to be a professional musician or what; he wanted to share his love of the music with you.

Marcus was just about the music and taking it to the people. Whether it be a nursing home, hospital, concert hall, the back of a pickup truck or a school, he felt like the music needed to be taken to the people. It’s a people’s music, it’s a folk music and it’s something you share with your community. After I first met him, I ended up being a part of his jazz camp.

He was trying to impart knowledge about the music; he wasn’t trying to teach the instrument. He taught not only the technical side of the music but also how to be a bandleader, how to be an ensemble player and how to perform this music. What do you need to do? Does the music make you feel good? He had such a joy. Music really gave him life; it seemed like he never aged. Never! That’s what I got out of him-that music gives you life. It gives you happiness. When you have that you have that foundation of wanting to play music and wanting to be joyful and spread that joy. That’s really valuable, because so many times musicians feel like they have to suffer in order to be great. And they don’t.

Right after college I took a trip to Germany. I’d only planned on staying a couple of months, but I ended up staying for two years. I went to Munich one night, and I sat in and met this trumpeter and pianist. And when I said I was from Detroit, they asked me if I knew Marcus Belgrave. I said, “Yes, Marcus was my teacher.” I was looking for a place to live, and because of Marcus, the trumpeter said, “My son is looking for a roommate,” and the next day I had an apartment. So many places I’d go, people would say, “Do you know Marcus?” He might not have been celebrity-famous, but he touched the right people.

If you were b.s.’in’ around, you’d see that he didn’t have time for that. But most of the time you saw this joyous person who loved to laugh, loved to play music and could tell stories for days. Years could go by between the times I’d see him, and as soon as I’d see Marcus I’d feel, “There’s home.”

Meghan Stabile, an innovative jazz promoter, producer, organizer, curator, and advocate who proudly adopted the New York Times’ description of her as a “modern impresario,” … END_OF_DOCUMENT_TOKEN_TO_BE_REPLACED

Grachan Moncur III, a trombonist and composer who forged a unique identity in the “new thing” of 1960s jazz, died in his longtime home city … END_OF_DOCUMENT_TOKEN_TO_BE_REPLACED

Charnett Moffett, a bassist and composer whose virtuosity on both electric (often fretless) and acoustic instruments was matched by his versatility, died April 11 at … END_OF_DOCUMENT_TOKEN_TO_BE_REPLACED

Ron Miles, a cornetist, composer, and educator who became a revered and innovative figure in jazz while maintaining a career in the far-flung state of … END_OF_DOCUMENT_TOKEN_TO_BE_REPLACED