Ramsey Lewis, a Chicago-born and -based pianist whose successful early career in jazz led him to surprising pop stardom, died September 12 at his Chicago home. He was 87.

His death was announced by his manager, Brett Steele. His son, Bobby Lewis, told the Associated Press that his father had passed away peacefully in his sleep.

Lewis initially established himself in music with a softer-toned “cool” sound reminiscent of the Modern Jazz Quartet or Chico Hamilton—an approach exemplified by the title of his 1956 debut recording, Ramsey Lewis and His Gentle-Men of Swing. That changed when “The In Crowd,” the Lewis trio’s instrumental cover of a pop-soul hit, was issued in summer 1965. The record surpassed its source material, reaching No. 5 on the Billboard Hot 100 and propelling the trio to such fame that its other two members, bassist Eldee Young and drummer Isaac “Red” Holt, were able to maintain a high pop profile even after separating from Lewis.

The pianist, meanwhile, became a bona fide star, scoring three more hits (two with Young and Holt, one without) over the next year and continuing to pursue crossover success. He achieved it again with 1974’s Sun Goddess, a jazz fusion album featuring members of Earth, Wind & Fire that peaked at No. 12 on the album chart. Lewis continued to record, write, and perform for the rest of his life, becoming an accomplished composer in later years. However, he never stopped playing “The In Crowd” to appreciative audiences around the world.

“It was never a millstone,” he said of the song in a 2015 interview. “It doesn’t sound anything like the record anymore when we play it. But yes, it reminds me of the good times—when I was able to pay my bills on time.”

In addition, Lewis was a longtime radio broadcaster, the host of the syndicated weekly show Legends of Jazz (which became a limited-run public television series in 2006) and The Ramsey Lewis Morning Show, which ran nationwide on the Smooth Jazz Network. He was also noted for his activities in jazz advocacy: He was artistic director of Jazz at Ravinia, where he helped organize the Chicago music festival’s Jazz Mentor program, and the founder of the Ramsey Lewis Foundation, which brought music education to underprivileged youth.

Ramsey Emmanuel Lewis Jr. was born May 27, 1935 in Chicago to Ramsey Sr., a laborer and choir director at Zion Hill Baptist Church, and Pauline Lewis, a housewife. When he was a child, his family moved into the notorious Cabrini-Green housing project, where he grew up. He began playing piano at the age of four, spending many years concentrating on the classical repertoire and the gospel music in which he accompanied his father’s choir—but his father also loved jazz, which informed his son’s ultimate musical choice. He performed in local bands, including the classical vocal ensemble the Knights of Music and the jazz band the Clefs, before graduating from Wells High School in 1954.

Lewis began attending Chicago Musical College that fall, aspiring to become a concert pianist, but he got married (to Geraldine Taylor) while he was still 18 and dropped out to work at a record store and play piano and organ at Zion Hill. Then, in 1955, Lewis formed his eponymous trio with Young and Holt. While the trio bore his name, it was actually a leaderless collective for its first decade. Initially the band was a weekend-only affair, something they did for a few extra dollars apart from their day jobs. However, Holmes “Daddy-O” Daylie, a disc jockey at WAIT radio, was impressed with their sound and recommended them to Chess Records owners Leonard and Phil Chess, who signed the Lewis trio to their new jazz subsidiary Argo Records.

In May 1965, while playing at the Bohemian Caverns in Washington, D.C., the Lewis trio made a spur-of-the-moment choice to play their own arrangement of “The In Crowd,” then a jukebox hit for Dobie Gray. (Lewis had first heard the song at breakfast that morning.) The crowd responded feverishly, and a recording of the tune soon began receiving commercial airplay. Argo pressed it as a single and it became a massive hit, enough so that it would later become a staple of the oldies radio format. It also won the trio a Grammy Award.

“The In Crowd” reset Lewis’ career trajectory. Later that year the trio would release two other singles, covers of the McCoys’ “Hang on Sloopy” and the Beatles’ “A Hard Day’s Night.” Although both would become hits, the trio disbanded, with Lewis forming a new self-named trio to continue his pop-jazz pursuits. Another single, “Wade in the Water,” became a hit in 1966. He won two more Grammys but would not have another major pop success until Sun Goddess in 1974. (The drummer on that album, Earth, Wind & Fire founder Maurice White, had previously been Red Holt’s replacement in Lewis’ trio.)

Now fully electric, Lewis continued scoring jazz and soul hits, both major and modest, into the 1980s. In the 1990s he formed the smooth-jazz ensemble Urban Knights, but also began turning back toward traditional acoustic jazz, collaborating regularly with Dr. Billy Taylor and with Nancy Wilson. He became artistic director of Ravinia Jazz in 1993, and under those auspices was commissioned to compose two long-form pieces: To Know Her, a piece for the Joffrey Ballet, and Proclamation of Hope, in celebration of Abraham Lincoln’s bicentennial. He also recorded a highly acclaimed collection of original compositions, Songs from the Heart: Ramsey Plays Ramsey, in 2009. He received the NEA Jazz Masters Fellowship in 2007.

Lewis was predeceased by two sons, Ramsey Lewis III and Kevyn Lewis. He is survived by his second wife Janet Lewis (his marriage to Geraldine Taylor ended in divorce in 1989); his daughters Denise Jeffries and Dawn Allain; his sons Kendall, Frayne, and Bobby Lewis; and a number of grandchildren and great-grandchildren.

Sue Mingus, the fourth wife and widow of Charles Mingus who for over 40 years curated his music and ensured its regular public performance, died … END_OF_DOCUMENT_TOKEN_TO_BE_REPLACED 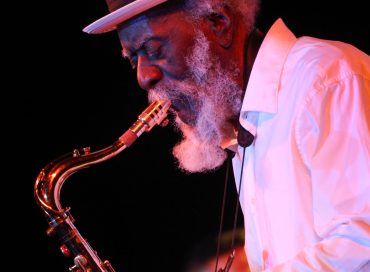 Pharoah Sanders, a pioneering tenor saxophonist and composer who became synonymous with the spiritual jazz aesthetic, died September 24 at a hospital in Los Angeles, … END_OF_DOCUMENT_TOKEN_TO_BE_REPLACED 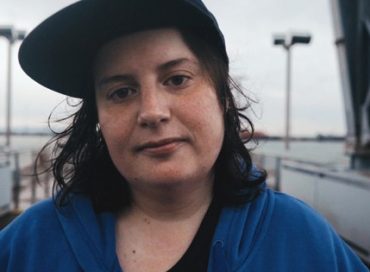 jaimie “breezy” branch, a trumpeter and composer who was among the fastest-rising jazz stars of her generation, died August 22 at her home in Red … END_OF_DOCUMENT_TOKEN_TO_BE_REPLACED 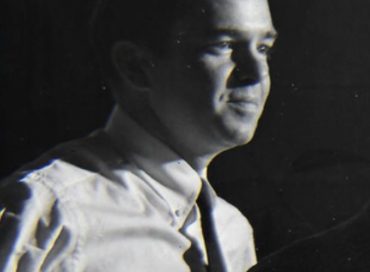 Creed Taylor, a groundbreaking jazz record producer and executive who founded two of the most highly influential record labels in the music, died August 22 … END_OF_DOCUMENT_TOKEN_TO_BE_REPLACED